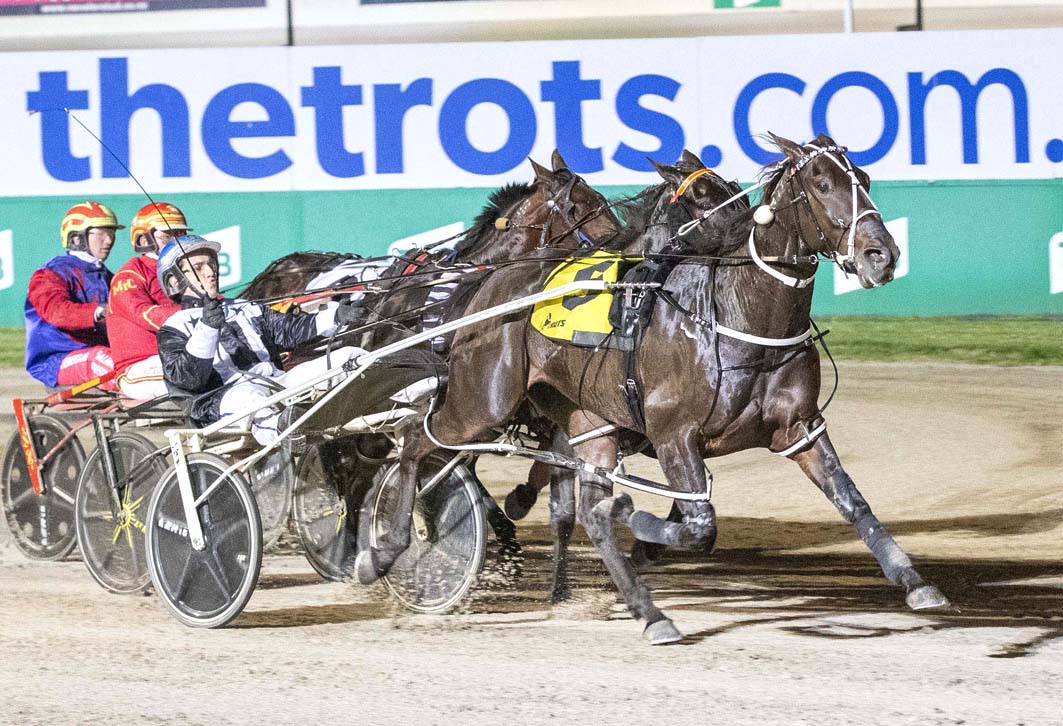 AN EMOTIONAL week has ended on a heart-warming note for Victorian-based horsewoman Amanda Grieve.

Returning to Victoria just 48 hours ago, Grieve mustered the strength to attend tonight’s Tabcorp Park Melton meeting in which she had Hezacrocwatcher engaged in the Country Clubs Championship.

Driven a treat by in-form reinsman Zac Phillips, Hezacrocwatcher captured the Group Three in impressive style as Grieve dedicated the win to Wally.

“It has been quite an emotional time,” Grieve said. “When he crossed the line those emotions swelled as I thought of my grandfather, who owned horses back in the day.

“When Olivia (Weidenbach) gave me a big hug just after the finish I burst out crying.”

Caught three-wide from barrier five, Hezacrocwatcher was forced to work overtime to find the front as the pacemaker, Mynameisjeff, was eased to take a trail.

Proving too slick during the latter stages, the son of Hes Watching completed a two-metre win from Mynameisjeff, with Morrisons Dream a metre-and-a-half away third.

“He has done a wonderful job since he got here and I couldn’t be happier with him,” Grieve said.

“I can’t thank Sonya (Smith), Anthony (Butt) and the team for keeping him going and all their help especially while I was back in New Zealand.”

With no major plans in mind for the four-year-old, Grieve will search the program for the next suitable target.

“I’m not too sure what is next for him,” Grieve said. “I will sit down and work out a plan during the week.

“He’s only had nine starts for five wins and three placings, so everything he has shown so far suggests he can get right down in grade.”