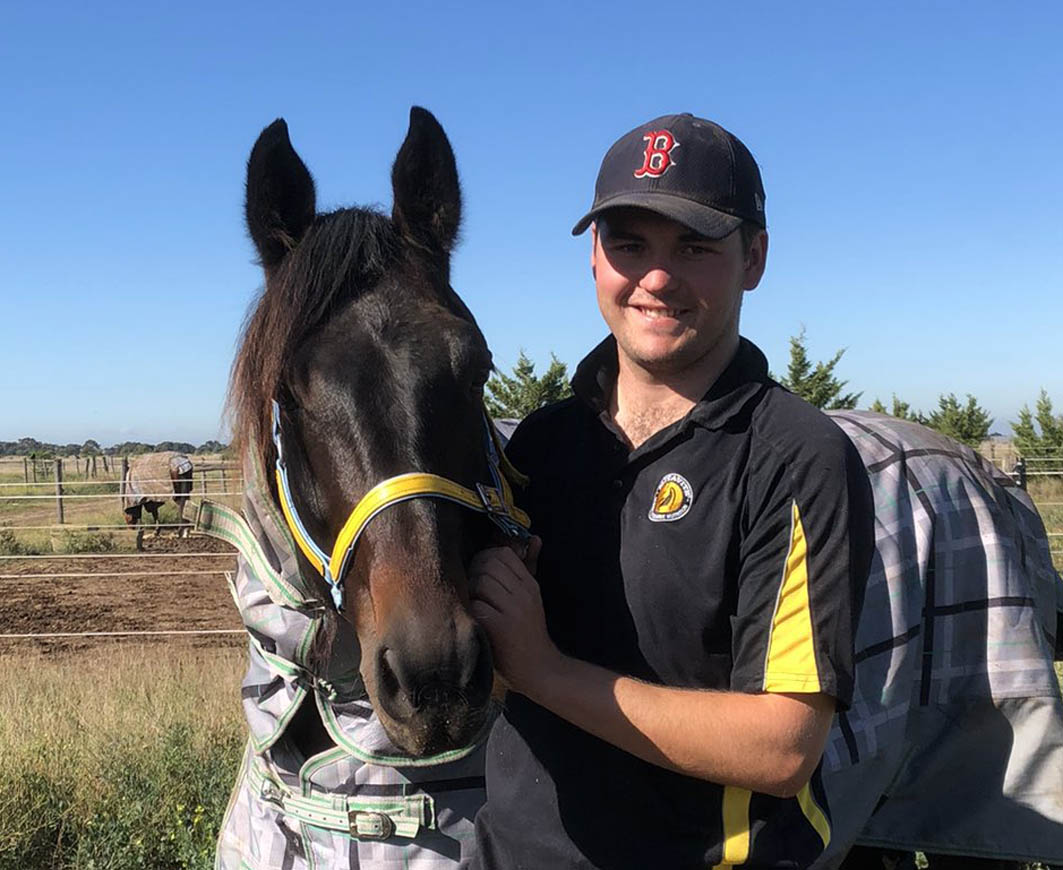 Having three drives on the card Chisholm completed a perfect trip to the track to notch his initial treble.

“It is my first treble, so I’m rapt,” Chisholm said. “I felt each would run a good race, but I wasn’t expecting each would necessarily win.

“They got the right runs on the night and were able to make the most of them.”

Chisholm kick-started his ideal evening by combining with the Faye Gillespie-trained Moreflingthanbling, which gained the run of the race behind the leader, Jahbella, from the pole.

Angled three-wide around the home turn, Moreflingthanbling claimed the front in the last stride to score by a half-head from Querencia.

“That was his first run since December and he went quite well,” Chisholm said. “On that run he shouldn’t have any trouble winning a few more as he gets fitter.”

Chisholm then came with a sweeping run with Dot The Eye which accounted for Messerati and Betternbetter.

“He’s a pretty consistent horse which is always going to find the line hard with a run like that,” Chisholm said.

Matts Delight rounded out proceedings by scoring in 1:57.8 as Grizzly Montana and Ferocious Son filled the placings.

Trained and co-owned by Desleigh Parish, Matts Delight was first up since November.

“I quite like him,” Chisholm said. “He was first-up for six months and won with a bit up his sleeve.”

Along with the desire of forging a successful driving career, Chisholm – who is stable foreman for the Sonya Smith/Anthony Butt stable – dreams of training a Grand Circuit champion like his parents, Kevin and Alison.

The elder Chisholms were the driving force behind 1996 Grand Circuit champion Sunshine Band.

“I’ve been with Sonya and Ants for a few months and I’m loving it there,” Chisholm said. “It’s a great team working there and Sonya and Ants are always helping and offering advice, so I’m learning plenty as well.

“I’d like to keep driving and make a career out of it and one day down the track look at training as well.”

Milestone moment for premiership winning driver
Has the apprentice overtaken the master?
Rivals ready for the big bad Wolf
Mick Ko’cass with three specials for Menangl...
About author