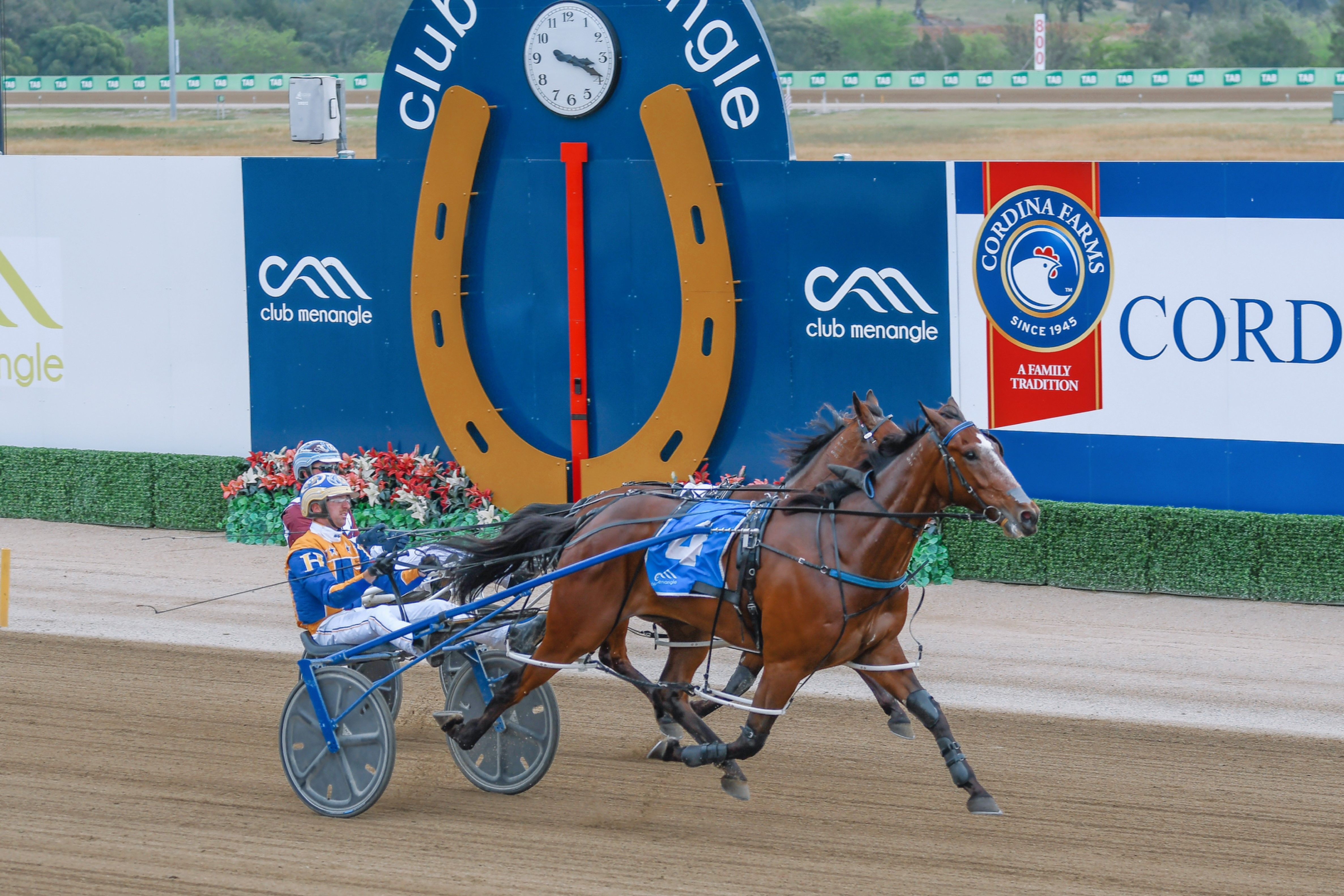 SHOOTING FOR THE STARS: Crunch Time

Cameron Hart23 Crunch Time3
TALENTED young Sydney-based reinsman Cameron Hart has achieved a lot in harness racing in a short space of time. He was a rising star...

TALENTED young Sydney-based reinsman Cameron Hart has achieved a lot in harness racing in a short space of time.

He was a rising star right from the beginning of his driving career, which kicked off five years ago in the Riverina when he was a teenager.

Since making a move to the city a few seasons back, Hart has become one of the most sought-after reinsman and his professional approach to the sport and strong work ethic is a credit to himself and his family.

The current extended season has been a highly successful one for Cam who has brought up 124 winners and a mammoth 230 placings while the bankroll from those results is an impressive $1.1million.

To date, Hart has driven the winners of five Group races, but he has a burning ambition to win that elusive Group 1 feature.

“I cannot complain as I have driven some smart horses for good trainers and have won plenty of races,” said Hart.

“But I do want to get a Group 1 under my belt and I think I have the chance to achieve that tomorrow night.”

Cameron will drive in three of the four New South Wales Breeders Challenge Finals at Tabcorp Park Menangle and believes all three horses have undeniable chances.

“I feel my best chance of winning tomorrow night is with Crunch Time.

“He is a fast beginner so we will be going forward and he should be able to lead.

“He loves to run along and has proven he can run fast time.”

Crunch Time ran a slick 1.49.6 in winning his qualifying heat and posted a fast 1.51.1 when he won at Albion Park in August.

Cameron will certainly be primed for the big occasion as he heads to Newcastle tonight where he has seven drives, six of which are trained by Clayton Harmey.

“Clayton has put me on a few nice ones from his stable, so I think I am a big chance of snaring a few winners,” said the young reinsman.

“Looking at their form, I feel that my best appears to be Bobsled Boy (Race 1), Straddie (Race 2) and Shades Of Heaven (Race 9).”

He’s already eyeing 100 winners for the seas...
The Ultimate night to remember for Cam
Jack, Hart hoping for a ‘quaddie’
At 22, his ‘Hart’ is in the right plac...
About author