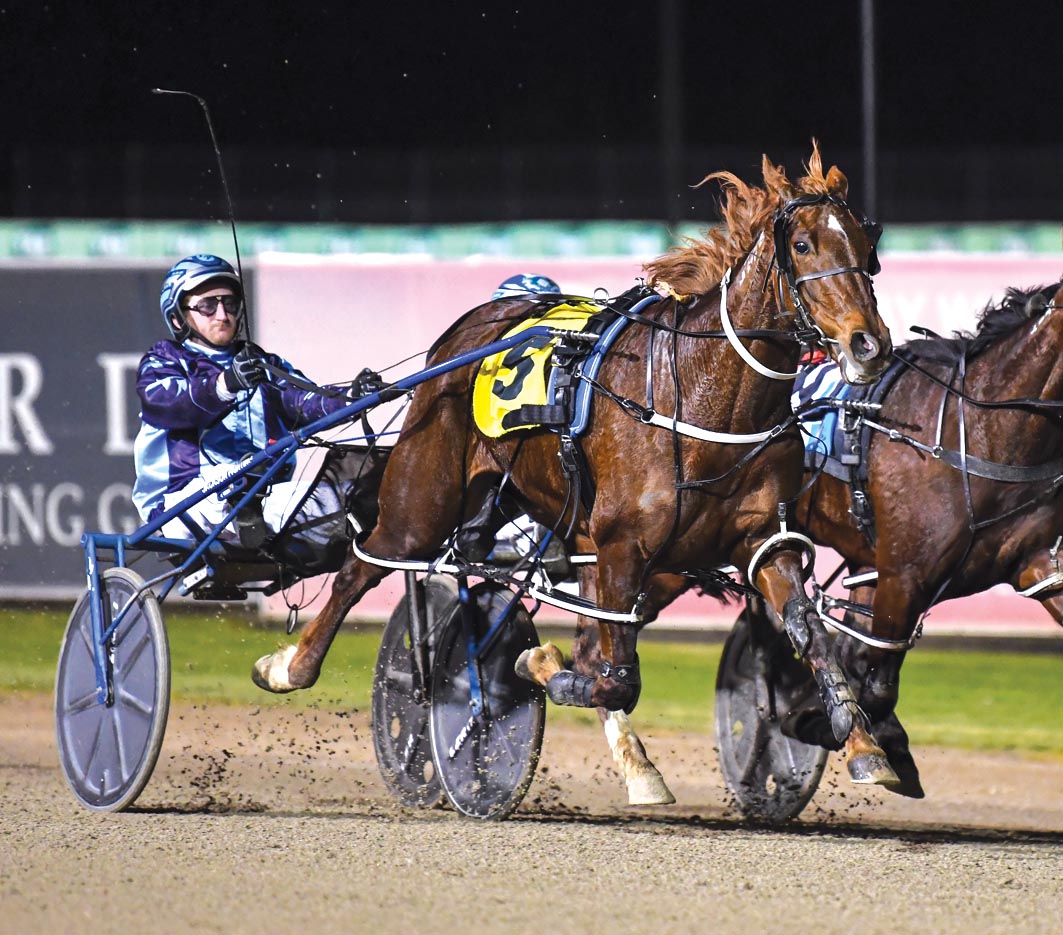 David Kennedy2 Jack Painting3
THE Narrandera-based trainer and driver combination of David Kennedy and Jackson Painting have been at the top of their games, winning multiple races and...

THE Narrandera-based trainer and driver combination of David Kennedy and Jackson Painting have been at the top of their games, winning multiple races and premierships in the Riverina during the past decade.

The 2021 season again ended on a high for Kennedy as he captured the Riverina Trainer of the Year title with 85 winners from 335 starters, boasting a 25 per cent winning strike rate.

He too took out numerous awards, including the Riverina’s winning-most reinsman.

And 2022 has started with a bang for Kennedy, who bagged five winners on New Year’s Day at Leeton.

With their undeniable ability and a stable of talented pacers, Kennedy and Painting have their sights set firmly on bettering their previous success.

This afternoon at Wagga Kennedy has two runners while Jackson has been booked to drive in six races.

“There is no secret that Dave and I work as a training partnership with the horses and we both get much satisfaction from each other’s success,” said Painting.

“We won some good races along the way both locally and in the city with some really nice horses that have progressed through the grades for their owners.

“Dave is a master trainer, and I am fortunate to be here learning so much from him.

“We have some good owners and people who help around the stables and at race meetings which makes our task all that much easier.

“It is very much appreciated, I have to say.

“Each season I strive to drive as many winners as I can and travel to as many race meetings as possible.

“Hopefully, I can continue to have the success I have enjoyed and crack that century again this year.

“Today’s meeting looks to be a little tough for me on paper as most of my drives have drawn poorly, but I do like the prospects of Tungsten Terror in the last race.

“I have picked up that drive from trainer Brooke McPherson.

“I have had a lot of success driving for her and this horse looks ideally placed as he drops in grade significantly in this race and looks the likely pacesetter.”