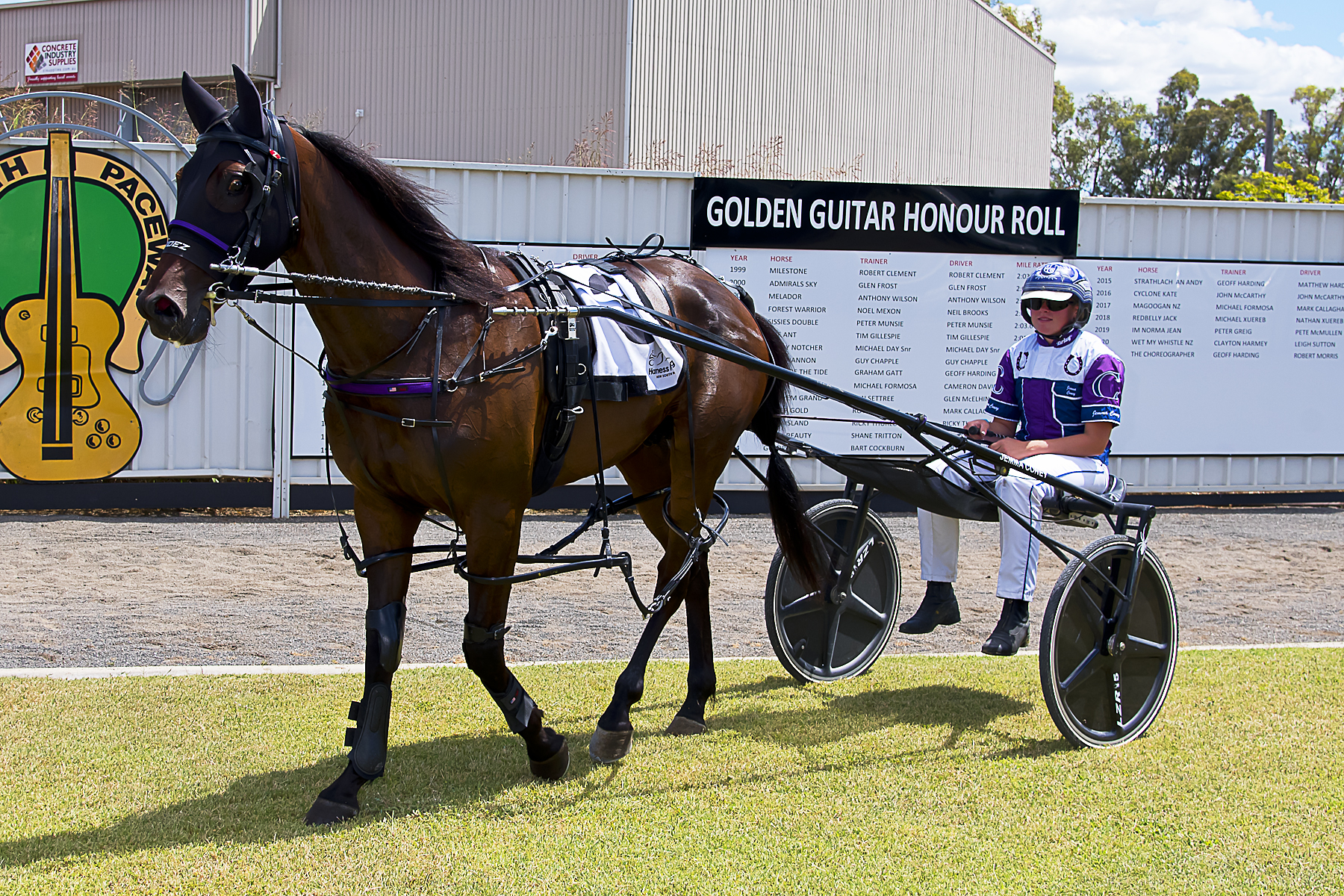 Jemma has her eye on a century

Jemma Coney5
TAMWORTH reinswoman Jemma Coney is on track for an even bigger and better year in 2022. The 19-year-old finished off a successful 2021 racing...

TAMWORTH reinswoman Jemma Coney is on track for an even bigger and better year in 2022.

The 19-year-old finished off a successful 2021 racing season in fine form, driving three winners at the last Tamworth harness meeting.

“I probably couldn’t have finished the season off any better,” said Coney.

“Especially in driving a treble.”

Jemma has five drives on an eight-race program at Tamworth this afternoon [Thursday].

Finishing off the 2021 racing season, Coney picked up her driving treble firstly behind the two-year-old Runfromterror, with a slick mile rate of 1.56.5 for 1609m and Dothedealdylan, with both horses trained by her father Greg Coney.

Zoemagic, from the Brendan James stable, rounded out the wins in taking out the Hazells Farm & Fertilizer Services Tamworth Pace (1980m)

“That was only my second treble,” said the young reinswoman.

Coney will drive Whoseaginger, Ladyeenwaiting, Well That’s Alright, Roger That and Dothedealdylan at Tamworth today . . . and all are trained by her father Greg.

“I only have the five drives; it should be an easy day – hopefully it doesn’t turn out to be pretty ordinary,” she said.

“Dad has been such a great support to me and has done a good job to help me get where I did with training the horses,” she said.

“We have about 12 in work at the moment.

“I also have to give a vote of thanks to Russell Murray, who comes down each morning to muck out the stables.”

Watchful Lady may have finished second in all categories but Jemma Coney was happy to see her father also pick up an award.

“I have also enjoyed a lot of good opportunities this year and have won some nice races.

“I enjoyed winning with Runfromterror in a mile rate of 1.56.

“I won the Peter Lew Memorial at Dubbo a couple of weeks ago for Ty Robson, that was a special race with Stylish Joe.

“I won both the Joan Bullock and Sam Ison Memorial races at Tamworth with Watchful Lady and even though I did not drive her, I enjoyed seeing my other mare Britney Jane win at Albion Park.”

Fresh from finishing third in the Group 3 Maitland Inter City Pace Final last Sunday evening with Stylish Joe, Coney did have a “pinch me” moment.

“I didn’t have much luck but I never thought I would be in an Inter-City Pace Final,” she said.

“It was like a real “pinch myself moment” driving in a race with the likes of Robbie Morris, Cameron Hart and Josh Gallagher – all the good Sydney drivers.”

Jemma has already set out her “aspirations” for 2022.

“I would like to keep rolling along and going as well as I have been,” she said.

“Hopefully by the end of the season I will have 100 career winning drives – I am currently sitting on 64.”

Jemma is also hoping she’ll be chosen again as a Team Teal Ambassador by Harness Racing NSW- an honour she enjoyed in 2021.

“I would like to think I could do that again – it is a great way to make people aware of ovarian cancer and I enjoy the fundraising,” she said.

Britney Jane looking for a Gold ‘rush’
Coney primed for her first crack at Tamworth featu...
Jemma turns mud into gold . . . and ‘teal...
Jemma’s setting her sights on a treble
About author