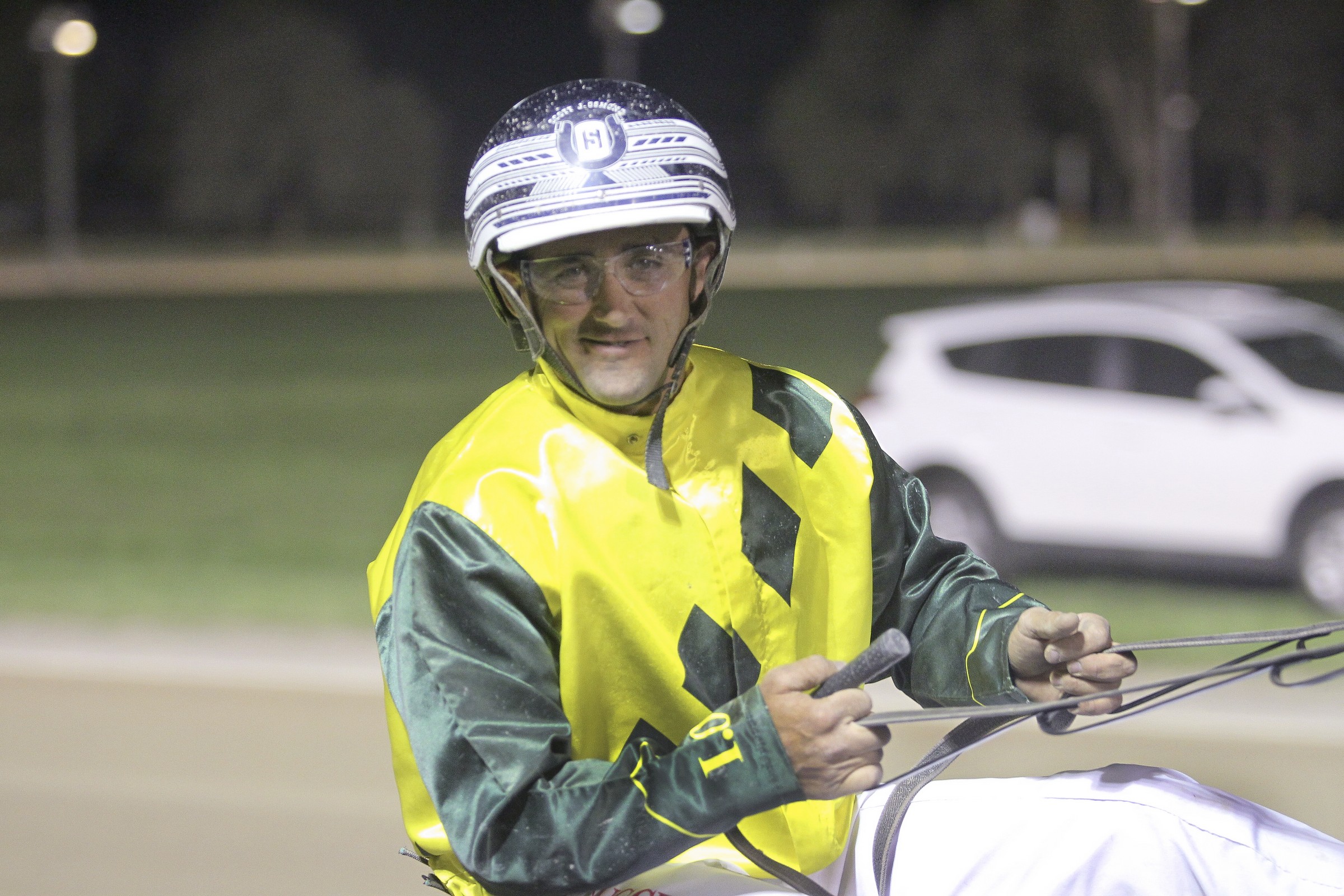 ‘Part-timer’ bringing up a stunning milestone

HIGHLY-REGARDED southern New South Wales reinsman Scott Osmond will be hoping this afternoon’s Goulburn meeting will form an integral part of his career highlights when he shoots for a significant milestone of 500 winners in the gig.
Osmond drove his first winner, Scotch Bid at Junee on March 12, 1994, and has enjoyed a consistent run of success during the past 27 years.
Best known for his feats at the Canberra Paceway, Scott, and his family train a small team of pacers at their Jeir property just outside the National Capital.
These days, Osmond is happy to share his drives with his daughter Taylah, who has inherited her father’s talent and is already making a name for herself.
“I only have two drives at Goulburn this afternoon, but I am quietly confident that both can go close to winning, with even luck,” said Osmond.
The first of Osmond’s drives comes up in Race 3 when he combines with Canberra trainer Robert Ryan, who has favoured pacer Dunrobbin engaged.
“This horse’s recent runs have been much better than his numerical form reads,” said Osmond.
“I had the pick of four drives in the race but have stuck with Dunrobbin as I feel he has been racing without luck and that must surely change.
“I also drive regularly for Robert, who is a good mate.
“I think we can lead and dictate terms and if that happens, he will be hard to beat.”
Later in the afternoon Osmond will drive Six Again for his father Ian.
“If I happen to get my 500th winner with Dunrobbin, I will be hoping to make a bird of it with Six Again as he is part-owned by my wife Kylie,” said the gun reinsman.
“He is an unlucky little horse who has not been far away at his past four outings.
“His runs have been good of late, particularly his third placing at Wagga on December 21.
“I would also love to win the race for Dad, Kylie and the kids as I really doubt that I could have had the success without their support.
“Harness racing is still only a hobby for me and my family and I am just rapt to be on the cusp of such a special milestone.
“If it comes to fruition today, that will be great but regardless we will keep doing what we love.”

He learned from the best: Now Scotty’s passi...
About author