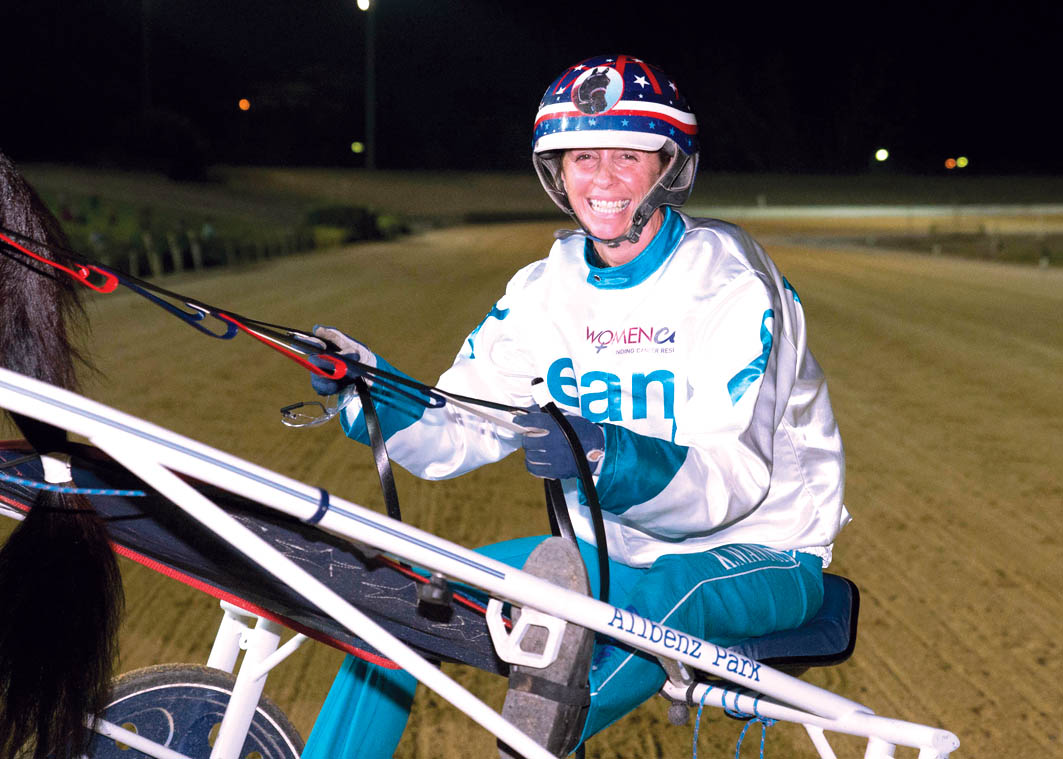 IT’S a great atmosphere and I always enjoying getting back here. That was Kerryn Manning’s glowing remark after winning last night’s South Australia Cup...

IT’S a great atmosphere and I always enjoying getting back here.

The world’s most successful horsewoman, Manning has every reason to be happy with her trips across the border.

Although based in Victoria, Manning is close to making a clean sweep the state’s open majors thanks to her latest triumph.

With the SA Pacing Oaks the only honour roll missing her name, Manning is open to rectifying the situation.

“I always enjoy coming over to Adelaide,” Manning said. “There is always a great atmosphere on Cup night and everyone enjoys themselves.

“I didn’t realise I was crossing off the list of main races and will have to think about the Oaks now.”

Manning’s Cup win came via Pat Stanley which led throughout from barrier two.

Beginning quickly to find the front, Pat Stanley was pressured early by Joes A Character before Little Peanut worked overtime to find the ‘death seat’.

Given a slight ‘breather’ the son of Western Ideal was then tested by Rackemup Tigerpie along the back straight as the pair broke clear of the pack.

Forced to dig deep during the concluding stages, Pat Stanley staved off a determined Rackemup Tigerpie to score by a half-neck.

Somewhere Secret completed a Victorian trifecta when 17 metres away third in 1:57.1 over 2645 metres.

“He did such a good job,” Manning said. “It was a pretty keenly run race but he fought on well.

“Rackemup Tigerpie was coming hard but the straight was just short enough for us.”

To be given “an easy day or two” upon his return home, Pat Stanley will be aimed at various country cups.

“Terang and Ararat Cups are coming up so he will go in one of those,” Manning said. “I’ll see how he is when we get home.

“He is owned in America and the plan is for him to go there, but for now he will keep racing in Victoria.”

Preview: Breeder’s Crown
Mare to earn her shot at the big time
Reason to smile during rehabilitation
Upsets in Group Two features
About author

Still unwilling to compare the pair