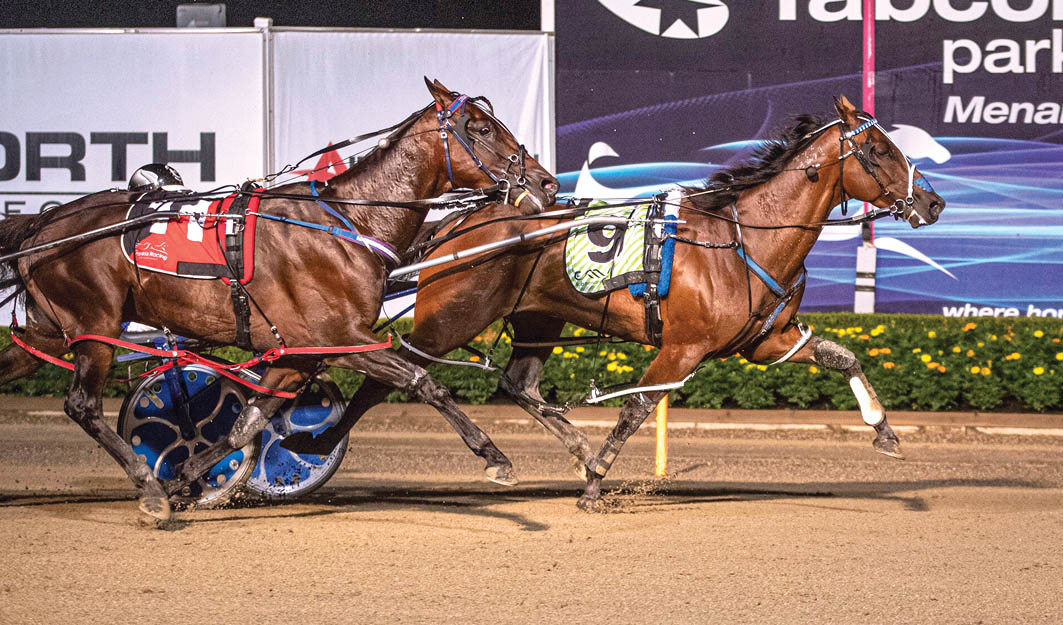 Self assured a Chariots Of Fire berth

POWER couple Mark Purdon and Natalie Rasmussen are on target to secure their third Chariots Of Fire in five years.

Capturing Australasia’s premier four-year-old event with Have Faith In Me in 2016 and Lazarus in 2017, the duo have earned a berth in this season’s edition with Self Assured.

As for Self Assured, he sealed his position in the February 22 showdown at Club Menangle by winning a qualifier – Hondo Grattan Stake – at the same venue last night.

Driven by Purdon, Self Assured was taken forward from barrier nine to sit outside Balraj, which dashed to the lead from gate 10.

Forging his way to the front at the top of the home straight, the gelding completed a metre-and-a-half win from Demon Delight.

Max Delight was six metres away third to complete a Bettors Delight-sired trifecta.

“I was very pleased with his run,” Purdon said. “He did well in both his runs in Melbourne, but he felt sharper this time.

“We got to Sydney last Monday and he really brightened up as the week went on.

“He’s had plenty of racing in recent weeks, so that will do him now until the Chariots in a fortnight.”

Covering the mile in 1:50.3, Self Assured stretched his record to nine wins and four placings from 13 starts for a bankroll of $326,241 for Victorian owner Jean Feiss.