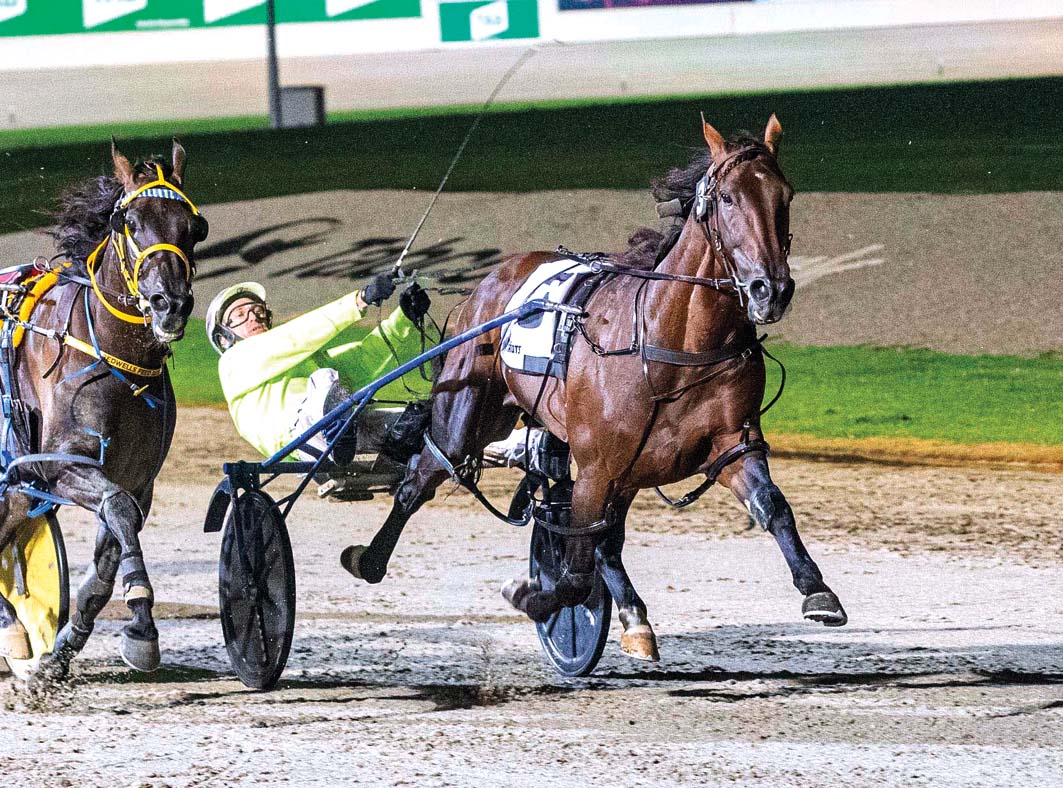 RECENT A G Hunter Cup winner King Of Swing will take a step towards another Grand Circuit target this weekend. After gaining a start...

RECENT A G Hunter Cup winner King Of Swing will take a step towards another Grand Circuit target this weekend.

After gaining a start as the emergency, King Of Swing outclassed a strong field in the Cup by leading throughout at Tabcorp Park Melton on February 1.

Kept fresh since the $500,000 event by trainer Craig Cross, the son of Rocknroll Hanover returns to racing at Club Menangle on Saturday night.

Looking to gain a berth in next week’s $1million Ainsworth Miracle Mile, King Of Swing will contest the first of two qualifiers – Allied Express Sprint.

To Cross’ delight, King Of Swing has drawn to settle forward from barrier three.

TAB Fixed Odds has reacted to the draw by listing the five-year-old as a $1.85 favourite.

“He has brightened right up since the Hunter Cup and is ready to go,” Cross said. “A few easy days did him the world of good and he’s been wound up again for the Sprints.

“He had a private trial last Saturday morning and went 1:50 quite easily.

“From his draw I expect him to be up close to or in the front and he’ll be very hard to beat.”

King Of Swing will be joined in the Group One by his stablemates Wrangler and Cash N Flow, which have drawn gates one and six.

“Wrangler is a strong chance to get a good trail from the pole which should bring him right into the race,” Cross said. “Cash N Flow comes into four with the scratchings but it is hard to know where he will settle in the run.”

In the second qualifier – Schweppes Sprint – Cross will be represented by Alta Orlando and Bling It On.

Alta Orlando is the $3.80 TAB Fixed Odds second favourite from barrier five, while Bling It On is paying $15 from nine.

Bling It On is a half-brother to 2013 Miracle Mile winner Baby Bling.

“Alta Orlando and Bling It On have both been working terrifically and will be right in the mix,” Cross said. “They’ll need a bit of luck from the draws, but they’re not out of it either.”