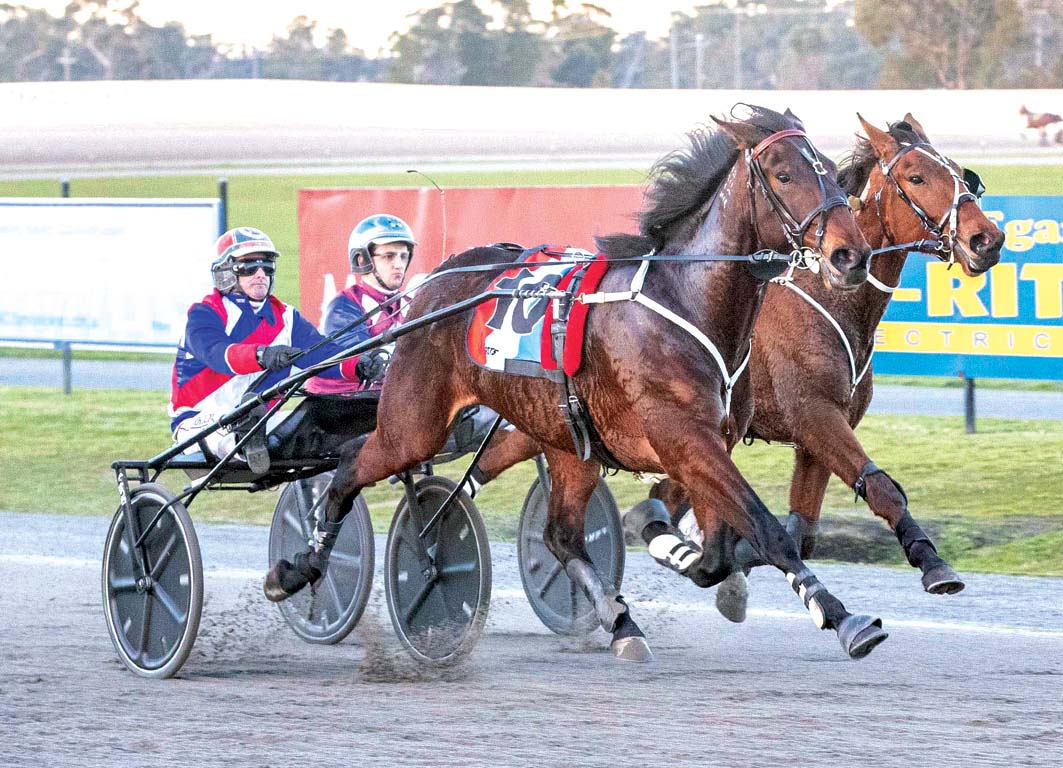 Responsible for shattering driver John Caldow’s collarbone early in his education, Andover Sun has developed into a highly-talented trotter.

Caldow’s injury required extensive surgery and several pins be inserted as part of the reconstruction.

“My surgeon said my broken collarbone was one of the worst he had seen and was a difficult operation,” Caldow said.

“I’ve got screws in which are apparently just as tricky to take out as they were to put in, so given they won’t cause me any bother, they’re staying in.”

Last season during his freshman campaign the colt had 10 starts for three wins and three placings, including finishing second in a pair of Group Ones.

This time around the Mare Caldow-trained son of Andover Hall is engaged in the Need For Speed Prince Final.

The $60,000 feature is one of four top shelf events on the super Lyn McPherson Memorial card.

Andover Sun qualified for the decider by capturing his heat in 1:57.8 over 1650 metres.

Drawn the inside of the second row, Andover Sun is the $5 seconds favourite with TAB Fixed Odds.

“He has done a great job this time in and is in perfect order,” Caldow said. “There is a bit of speed on the front and I expect they’ll be running early so I’m not sure where he will settle.

“If he can get clear run at them he will be hard to hold out.”

Chance to add another feature to tally
Trotter’s perfect record at risk
Randos hold the key to success
Queen reigns supreme in Princess!
About author