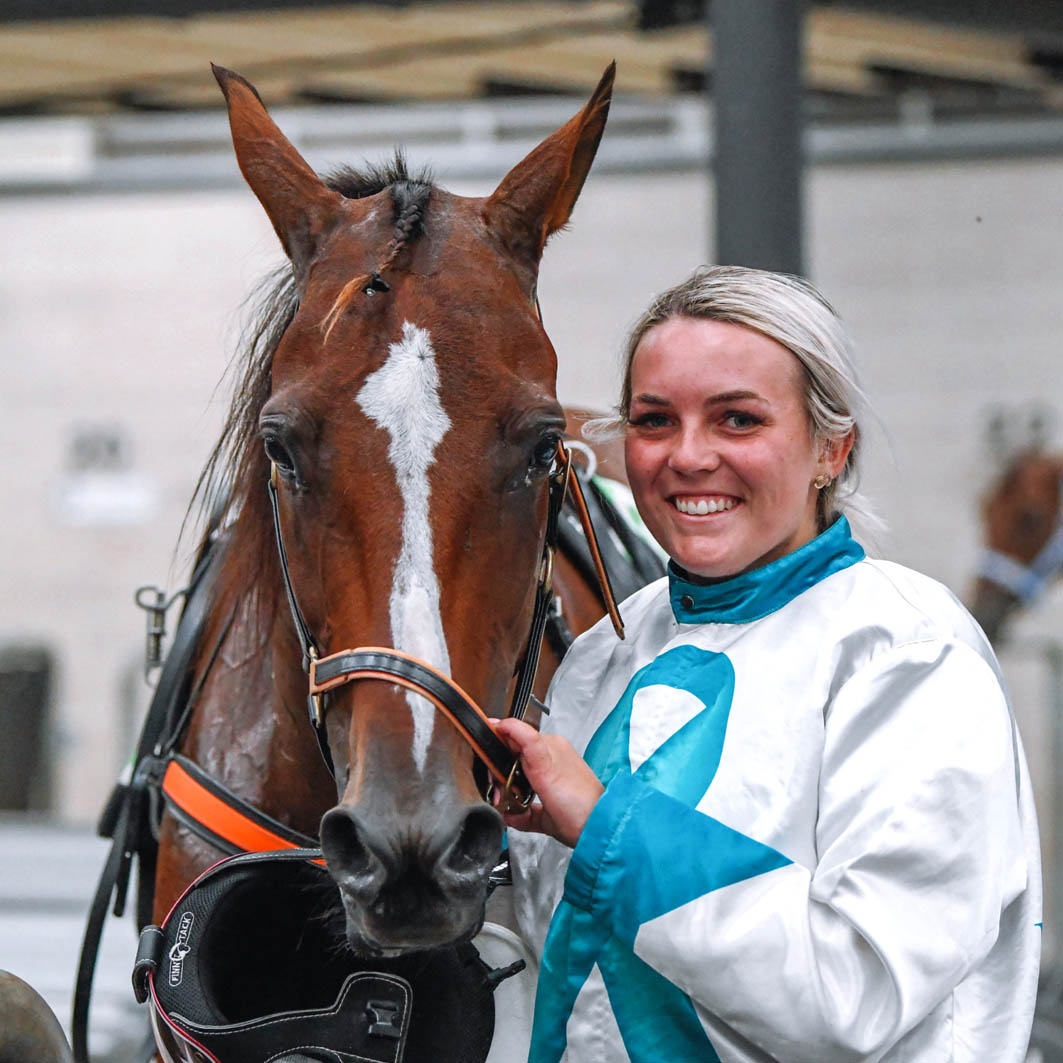 IT TOOK longer than she hoped, but the joy was worth the wait. After five years in the sulky, Aleisha Bond has broken her...

IT TOOK longer than she hoped, but the joy was worth the wait.

After five years in the sulky, Aleisha Bond has broken her maiden status!

Partnering Gold Sovereign at Club Menangle yesterday, Bond registered her initial win as the trotter caused an upset as a $19 outsider.

One of four KerryAnn Morris-trained runners in the field, Gold Sovereign scored by three metres from Puma Road, with Royal Glenferrie eight metres away third.

While the success was a long time coming as far as the calendar is concerned, Bond has only had a “handful of drives” throughout the years.

“I don’t have many drives each year, just a handful of drives,” Bond said. “I work full-time in child care, so I don’t drive very often.”

Thrilled with the milestone, Bond was quick to point out the extra highlight attached to her special moment.

“To win a race during the Teal Pants Campaign is pretty special,” Bond declared. “I’m so excited to get my first win, but to do so at this time of the year adds to the occasion.

“KerryAnn has been a Teal Pants Ambassador for a while now, so for the win to come on a horse she trains just ties it all in.

“I’ll be driving him again next time he races so hopefully we can get another win in teal.”