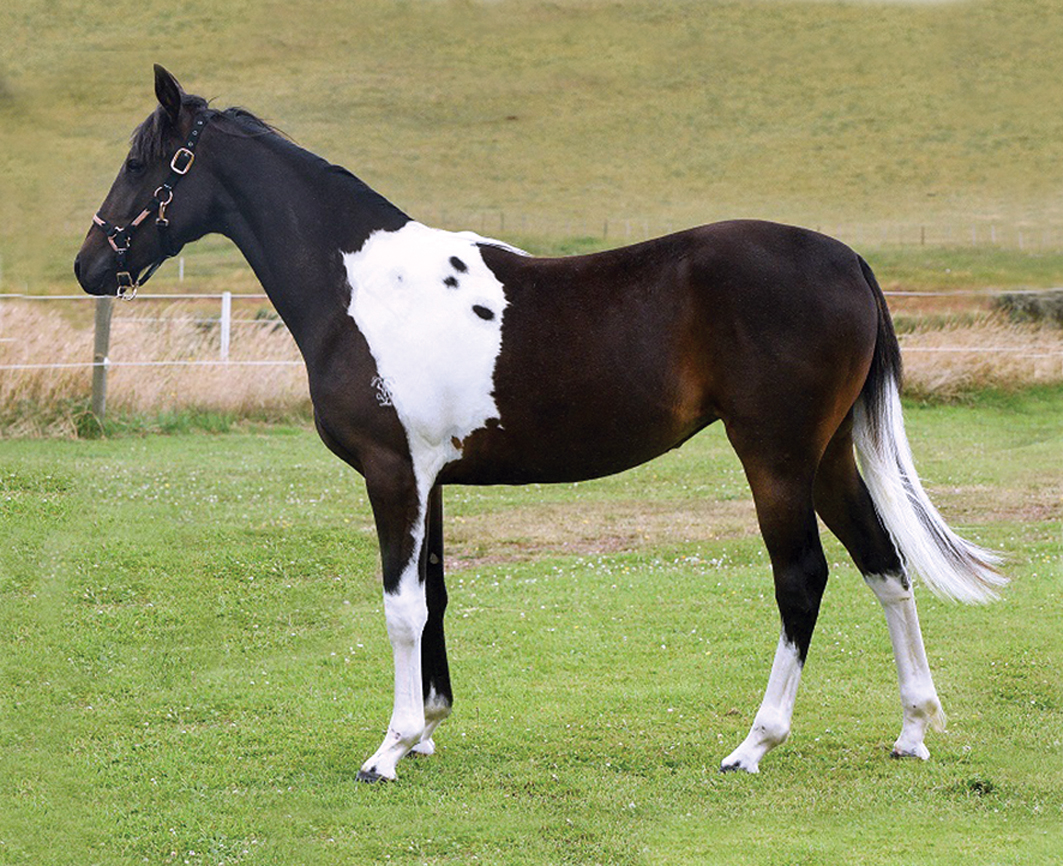 IF YOU’RE looking to become the main piece of the totem pole, this unfashionably-bred filly could just be what you need. Bred by Kerrie...

IF YOU’RE looking to become the main piece of the totem pole, this unfashionably-bred filly could just be what you need.

Bred by Kerrie Hymers, of Tourello Standardbreds, the youngster is poised to go under the ‘tomahawk’ during Sunday’s Australian Pacing Gold Yearling Sale in Melbourne.

The filly, which wouldn’t appear out of place being ridden by an Apache through Monument Valley, is listed as Lot 287.

Complete with stunning looks, the daughter of A Rocknroll Dance has been tentatively named Pocahontas by our staff at National Trotguide.

‘Pocahontas’ is from unraced mare Calico Cat, which has produced six foals – all fillies!

This is the fifth offering from the matron.

“I like to breed colours and am trying to improve the breed,” Hymers said. “I also have a filly from the dam by Sunshine Beach, which is now a two-year-old.

“The mare’s next foal is by Dawn Ofa New Day.

“Her first two fillies are piebald, while the others are skewbald like their mother.”

For those wondering about the difference, a piebald has large irregular patches of black and white on their coats, while skewbalds have a combination of white and any other colour – typically brown.

Wheels on The Bus went very fast
Can bridesmaid upset the bride?
Allied team on the crest of a wave
Enjoying the ride – win, lose or draw!
About author