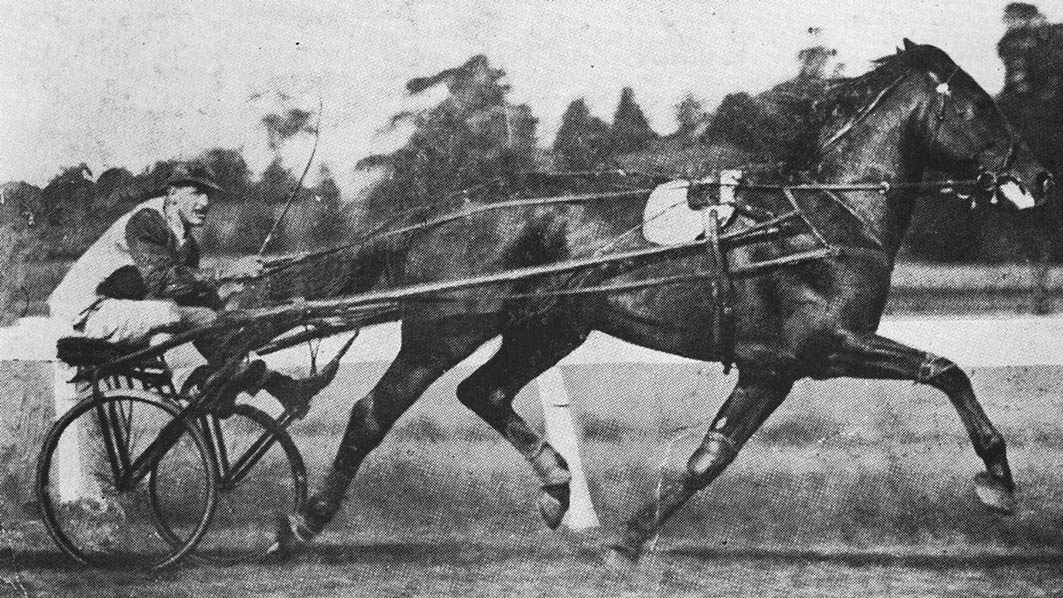 ALMOST a century after his grandfather beat a host of the southern hemisphere’s best pacers in a prized Cup, Father Brian Glasheen is hoping...

ALMOST a century after his grandfather beat a host of the southern hemisphere’s best pacers in a prized Cup, Father Brian Glasheen is hoping to do the same this weekend.

Glasheen’s grandfather, Paddy, was a leading trainer, driver and breeder with Hall Of Fame trotter, Grand Voyage, his best performer.

In 1922 Paddy made a ‘grand voyage’ across the Tasman with his star, which proved too good for New Zealand’s top pacers in the 1000 sovereign Otahuhu Cup.

“My grandfather took him over to New Zealand for the race, which was 1000 sovereign and that equates to about $500,000 in today’s money,” Glasheen said.

“He beat the best pacers they had to offer as a trotter.

“Through his Belmot Stud in Bendigo, which he owned with Harry Bust, my grandfather bred Grand Voyage which was by their American stallion First Voyage.” 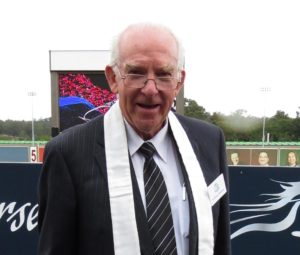 Paddy’s three sons Jim, Ted and John – Glasheen’s father – also enjoyed a high rate of success with standardbreds, so it was natural a young Brian would follow the family business.

“I would be down at the stable watching my father and just wanted to be involved,” Glasheen recalled. “While still at school in about 1954 or ‘55, I got my driver’s licence.”

Although his career as a reinsman didn’t last long, Glasheen made an impact on the winners’ circle, scoring with San Adios at Healesville on Boxing Day 1963.

His win behind the mare has also provided Glasheen with an additional reason to recall the victory.

“My Dad and Gordon Rothacker both had several drives behind her, but didn’t win,” Glasheen said.

“As my Dad had a lot of city class horses, I only had about 10 race drives before I got the call to be a Priest and began seminary school in February 1964.

“I had no encouragement from my Mum or Dad to become a Priest, I felt that I got the call…I wanted to help people and God wanted me to.

“I’ve never been ripped on the knuckles or called in by the Archbishop, so there was never a concern about my involvement in harness racing.

“I’d say it’s part of the Irish culture for the Catholic Priest to still enjoy a wager and the horses.

“Throughout the years I have even driven in a number of celebrity races and won a few too!”

Fast forward to Saturday night’s Tabcorp Park Melton meeting and Glasheen will be in attendance as part-owner of A G Hunter Cup runner Triple Eight.

Thanks to an early piece of divine intervention the New Zealand raider has a solid chance of causing an upset in the Group One.

With Glasheen – who is affectionately-known as The Pacing Priest – taking part in the barrier draw during last weekend’s function at the Crown Casino, Triple Eight will begin from the coveted pole.

TAB Fixed Odds immediately reacted by slashing the gelding’s odds from his $34 pre-draw quote to $14.

“Fancy drawing number one,” Glasheen said. “The late Bobby Cain would have called it divine intervention!

“I’m very excited to have him in the race and certainly with the draw.

“It’s going to be a wonderful night and hopefully we can have a bit of luck in the big race.”

Despite his draw, Triple Eight will need more divine intervention during the 2760-metre clash if he is to beat raging favourite Lochinvar Art.

Widely-touted as the southern hemisphere’s premier pacer, Lochinvar Art is at $1.33 with TAB Fixed Odds.

Winner of his last five starts, including the Group One Ballarat Cup a fortnight ago, Lochinvar Art will begin from barrier nine.

Defending champion King Of Swing is considered his biggest danger from gate 12.

King Of Swing is sitting on $5.50 with TAB Fixed Odds.

“It is hard to imagine Lochinvar Art being beaten,” Glasheen said. “He’s a super horse.

“We’ll be hoping for luck and will just have to see how the race unfolds.

“I’ve been around long enough to know anything can happen in racing.”