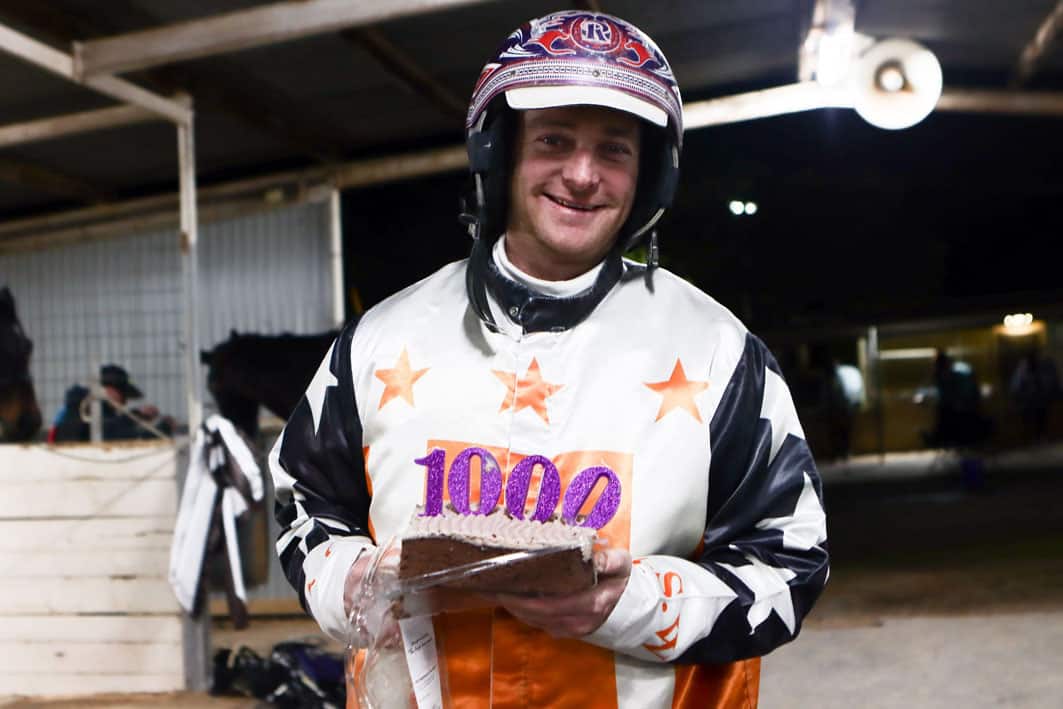 FITTINGLY popular reinsman Mat Rue has reached a personal milestone at the same venue where it all began. Piloting a double in Parkes last...

FITTINGLY popular reinsman Mat Rue has reached a personal milestone at the same venue where it all began.

Piloting a double in Parkes last night, Rue notched his 1000th win at the same track where he completed his maiden success.

It was on November 17, 2005 a young Rue was triumphant behind Lace And Whiskey, with the mare going on to provide the concession driver with his first six wins.

Thrilled with his moment in the spotlight, Rue was quick to note the sentimental scene.

“I got my first winner in Parkes, so to get my 1000th at the same place is appropriate,” Rue said. “I had about a dozen wins to go when I was made aware I was getting close to 1000, so the countdown has been on.

“I still remember how rapt I was when I got my first win and nothing has changed…you’re always looking for that next winner.”

Opening his account for the evening with Silk Cloud, Rue took his tally to four figures be combining with Art Legend.

Leading throughout from barrier three, the Darren Harris-trained gelding cruised to an 11-and-a-half metre win from Poppy Franco.

“When he kicked clear I did start to celebrate a little,” Rue said. “It was a pretty good feeling knowing it was my 1000th wins as I crossed the finish.”

“The Miracle Mile will never be topped,” Rue said. “It’s one of those races everyone would like to win.

“Training and driving Fouroeight to win the Shirley Turnbull Memorial was pretty special, and although not as high in prestige, it does hold a special place with me.”