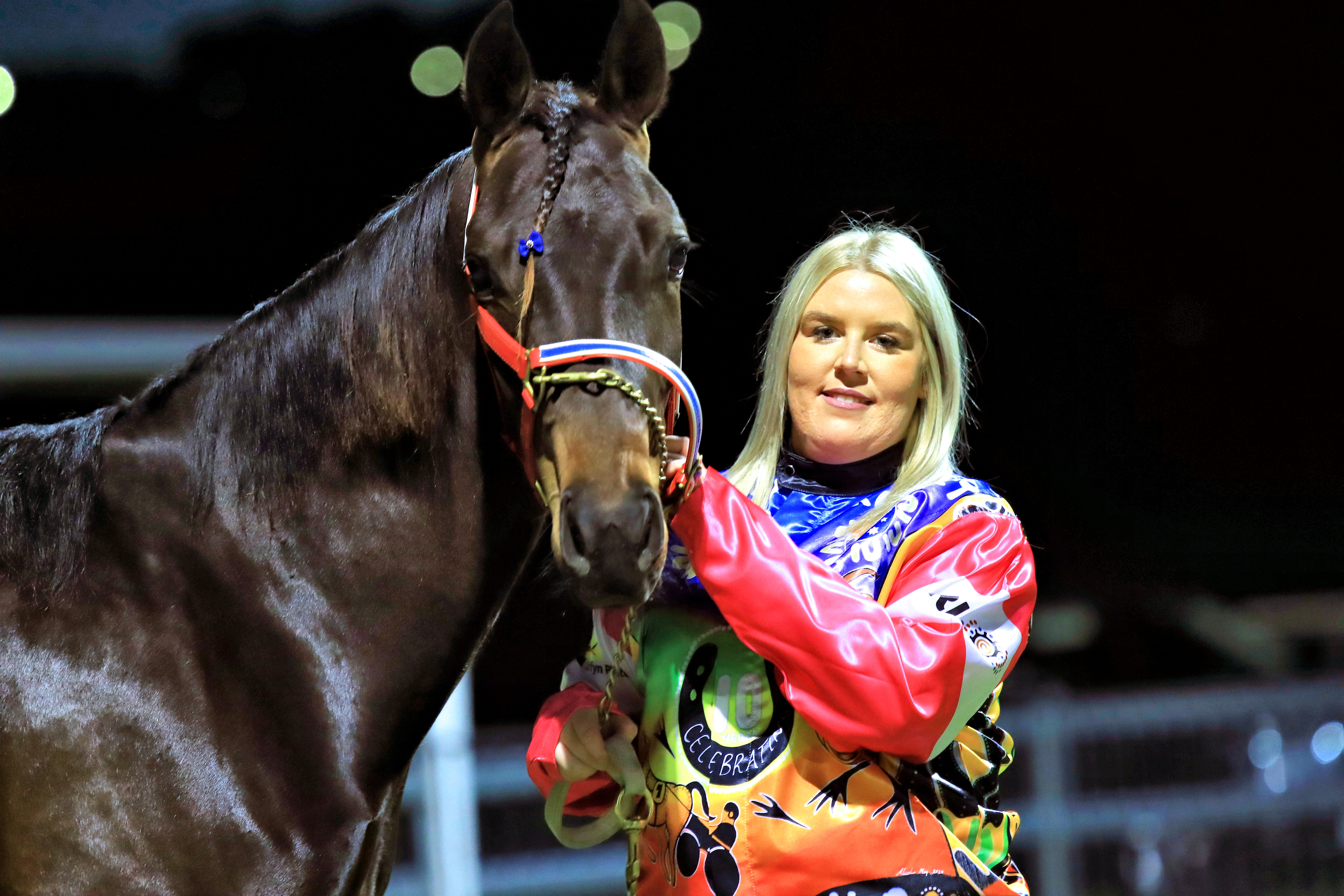 Known as a successful driver, who counts the J C Caffyn Indigenous Drivers’ Plate among her victories, Barnes’ latest venture to the winners’ circle was as a trainer.

Having his fourth start along the comeback trail, Kingston Shannon provided Barnes with her maiden training success.

“I couldn’t be happier,” Barnes said.

“Not just to get my first win as a trainer but for Kingston to get back into winning form after everything he has been through.

“He broke a leg early last year which saw him have 12 months off.

“He spent a few months in a box and another six in a paddock before I even attempted to bring him back in work.

“It’s been a long, slow process with him, but is all worth it when you see him do as well as he did.”

With Matt Rue in the cart, Kingston Shannon was pushed forward in search of the lead from barrier seven but was unable to cross Shoobees Charm which was also pushed to hold the front from gate four.

Angled onto the pegs to gain the run of the race behind the pacemaker, Kingston Shannon utilised the sprint lane during the latter stages to score by a head from the fast-finishing Tulhurst Terror.

In a ‘blanket finish’ Shoobees Charm was a half-neck away third.

“I knew he would run a good race as he has been going well without any luck,” Barnes said. “His runs have been better than they look on paper and his work has been improving after each start.

“About 50 metres from home I thought he was going to run a good second, but he lifted again and got to the front just in time.

“I’m so thrilled with him and it is a night I will never forget.”