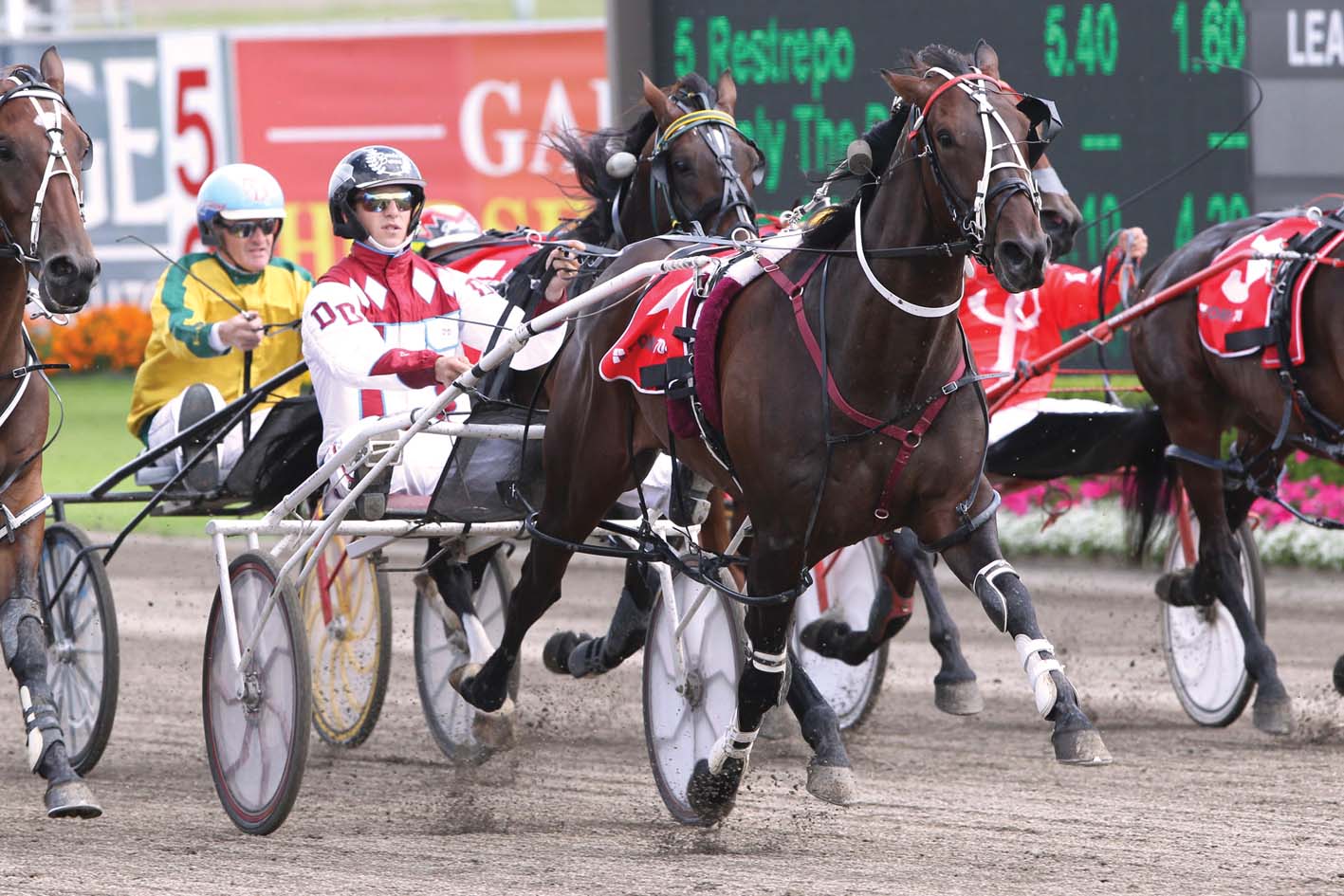 CHRISTEN ME and Dexter Dunn winning at Club Menangle

BEFORE arriving in the United States in late summer 2018 and taking the North American harness racing world by storm with back-to-back Driver of...

BEFORE arriving in the United States in late summer 2018 and taking the North American harness racing world by storm with back-to-back Driver of the Year titles in the US, Dexter Dunn was a 10-time Driver of the Year in his native New Zealand.

One of the stars that propelled Dunn to quick success Down Under at an early age — he is still just 32 — was Christen Me, which was named New Zealand’s 2015 Horse of the Year.

Dunn and Christen Me won a host of the Southern Hemisphere’s biggest races, including the ‘ultimate speed test’ the Miracle Mile, which they captured in 2014 in 1:49.1.

Fast-forward to present day and Dunn has claimed the now 13-year-old Christen Me at Yonkers Raceway.

And while it’s likely Christen Me, which has earnings of $2,396,484 racing on two continents, will be retired by Dunn, he has left open the possibility of continuing to race the pacer.

“I’ve been thinking about (claiming him) for a while now, and I thought the time was right,” explained Dunn, who has won nearly 1,300 races and $33 million in purses since he came on the scene in August 2018.

“He was Horse of the Year one year and to say that I now own him, that’s pretty cool.

“The horse means a lot to me as he won nearly every major race in Australasia for me.

“When he was four and five he was unbelievable. His speed was phenomenal.”

Christen Me is an 11-time Group One winner in New Zealand and Australia, with his 32 wins in 58 starts including the Auckland Cup, Victoria Cup, Hunter Cup and Easter Cup helping bring his Down Under earnings to $1,987,614.

The son of Christian Cullen was purchased at the age of nine in early 2017 by Richard Poillucci and sent to trainers Jim King junior and Jo Ann Looney-King.

Christen Me won his first start in the US on May 14, 2017, where he captured a Harrah’s Philadelphia overnight in 1:51.

Ironically, Dunn claimed Christen Me after his 100th career start in the U.S.

“I talked to Scotty D when he had him, and he said he’d look after him,” Dunn said. “Scotty helped me out and took him back to his place.

“I think he is going to come down (to Kentucky) and do some riding trails, with Michelle Crawford looking after him for me.

“We also have the option to race him in Ohio a little bit on his way out.

“They have conditions for him. He’s looking great and he’s looking healthy so he may race out there.”