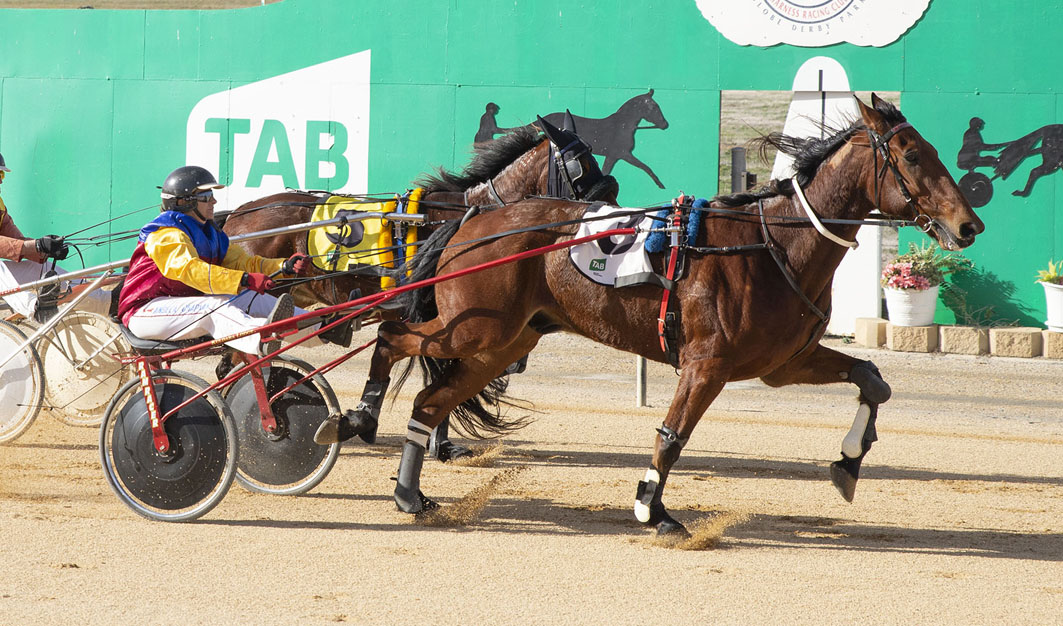 A COMBINATION of modern technology and old fashion know how are the secrets behind Arctic Pegasus’ consistent form this season. Trained by popular identity...

A COMBINATION of modern technology and old fashion know how are the secrets behind Arctic Pegasus’ consistent form this season.

Trained by popular identity Max Beasley, Arctic Pegasus boasts two wins, four placings and a pair of fourths from eight starts for the term – including a victory at Globe Derby yesterday.

Before his triumph at the same venue in April the son of Pegasus Spur was winless since February 2016!

Arctic Pegasus had only run 14 placings from 57 starts between wins.

“I put some of the things I learned from Slim Dykman in years gone by to use along with using a go-pro camera on him and that seems to have sorted him out,” Beasley said.

“I attached the go-pro to the shaft of the sulky and filmed it in slow motion so I could see what he was doing wrong in his gait.

“After watching the footage and making some changes, including his shoeing, he has been a different horse.”

Driven by Angela Chapman, Arctic Pegasus began well from his 30-metre mark to work to the lead before being eased to take a trail behind Gooroc Gambler.

Taken three-wide around the final bend, the gelding sprinted to a two-and-a-half metre win from Winsome Ruby.

“I expected another good run from him,” Beasley said. “He hit the line well and is going alright for a nine-year-old.”