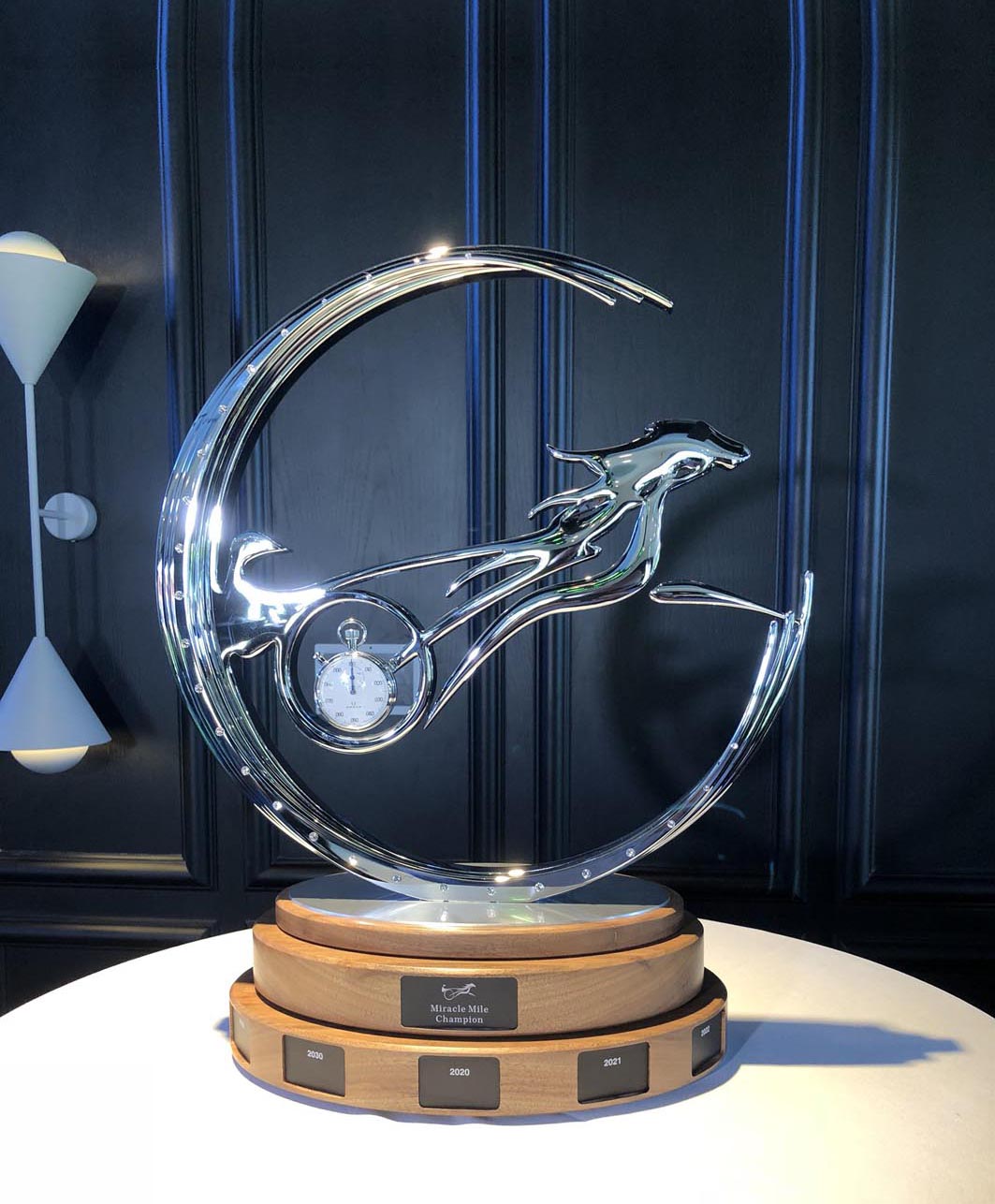 More than just a dust collector!

THROUGHOUT the years the Miracle Mile has had several trophies. From Cups, to ornaments to superb crystal vases, the trophy has never been a...

THROUGHOUT the years the Miracle Mile has had several trophies.

From Cups, to ornaments to superb crystal vases, the trophy has never been a specific match to the time-honoured sprint…until now!

In what started as a “throwaway line”, the keepsake has become a reality via collaboration between the club and Design Awards.

A family-owned operation, with an office in Sydney and Melbourne, Design Awards has “brought to life the essence of the Miracle Mile”.

“There have been various trophies but not a Miracle Mile specific trophy,” Club Menangle chief executive Bruce Christison said.

“It’s changed on several occasions, but we wanted something unique to the race.

“We went round and round in circles for ages thinking of ideas until club director Bill Ellis made somewhat of a throwaway line of a horse breaking through a stop watch.

“The stop watch has been an integral part of the Miracle Mile from the beginning, beating the stop watch is the reason the race was invented, so it became a centrepiece of the design.

“Having a horse breaking the stop watch was a bit difficult, so we’ve gone with a functioning stop watch while having the idea of making it look like the horse is flying and breaking a circle which represents a stop watch.

“The horse flying concept always goes with the Club Menangle motto “Where horses fly” so it all fits in together.

“We were happy with the concept and are thrilled with the finished product. It looks unique and has good logic behind it.”

Referring to the process as “a challenge”, Design Awards’ Simon Azopardi has no doubt the winning owners will be thrilled by the design.

Crafted in aluminium and chrome plated, the trophy features Swarovski diamonds, a wood base and an Omega stop watch as the sulky wheel.

“From a design aspect we’re happy with it,” Azzopardi said. “The process has been a collaboration between us and Club Menangle, which started with about six concepts and has been worked down to final design

“The toughest thing is to then make sure it can withstand the test of time…to be useable and a centre piece to be displayed, which I believe has been achieved.”

Working on the trophy has also revived a ‘trotting memory’ for Azzopardi.

“I used to work in the drivers’ kitchen at Harold Park as a teen,” Azzopardi said. “So I did have a little knowledge of the Miracle Mile.”