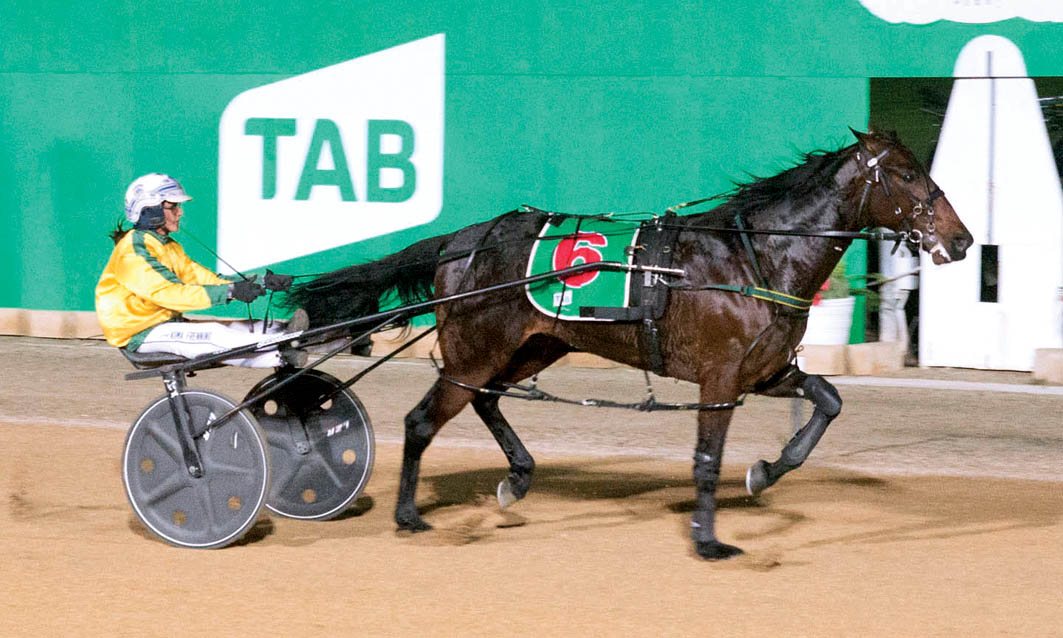 Chasing consecutive wins in Group One

AFTER capturing last season’s inaugural edition, Emma Stewart is back for another shot at The Allwood. Winner of his heat, Pandering made a clean...

AFTER capturing last season’s inaugural edition, Emma Stewart is back for another shot at The Allwood.

Winner of his heat, Pandering made a clean sweep of the Sales-based series when he completed an effortless triumph in the Group One Final at Globe Derby last June.

Pandering ended his freshman campaign with five wins and three placings from eight starts for a bankroll of $103,700.

Making a return trip to Globe Derby on Saturday night, the premier Victorian trainer will tackle the second heat with debutante filly Treachery.

An exceptionally-bred youngster, Treachery is by Captaintreacherous from former top mare Lovelist.

“Treachery is a lovely filly,” Stewart said. “She’s like her mum in a lot of ways.

“Hopefully she can be like her mum when it comes to winning some nice races.

“Lovelist won three Group Twos including the SA Sires’ as a three-year-old.

“She ended up having five starts in South Australia and was unbeaten there, so with a bit of luck her daughter will pick up where she left off.”

To be drive by Kima Frenning, who partnered Pandering, Treachery has drawn the inside of the back row.

The two-year-old is one of seven runners making their debut in the field of 11.

“With so many first starters, and a couple which have only had one start, it is difficult to assess the form,” Stewart said.

“All I can say is our filly is forward enough to run a good race, and barring bad luck from the draw, she will go very close.”