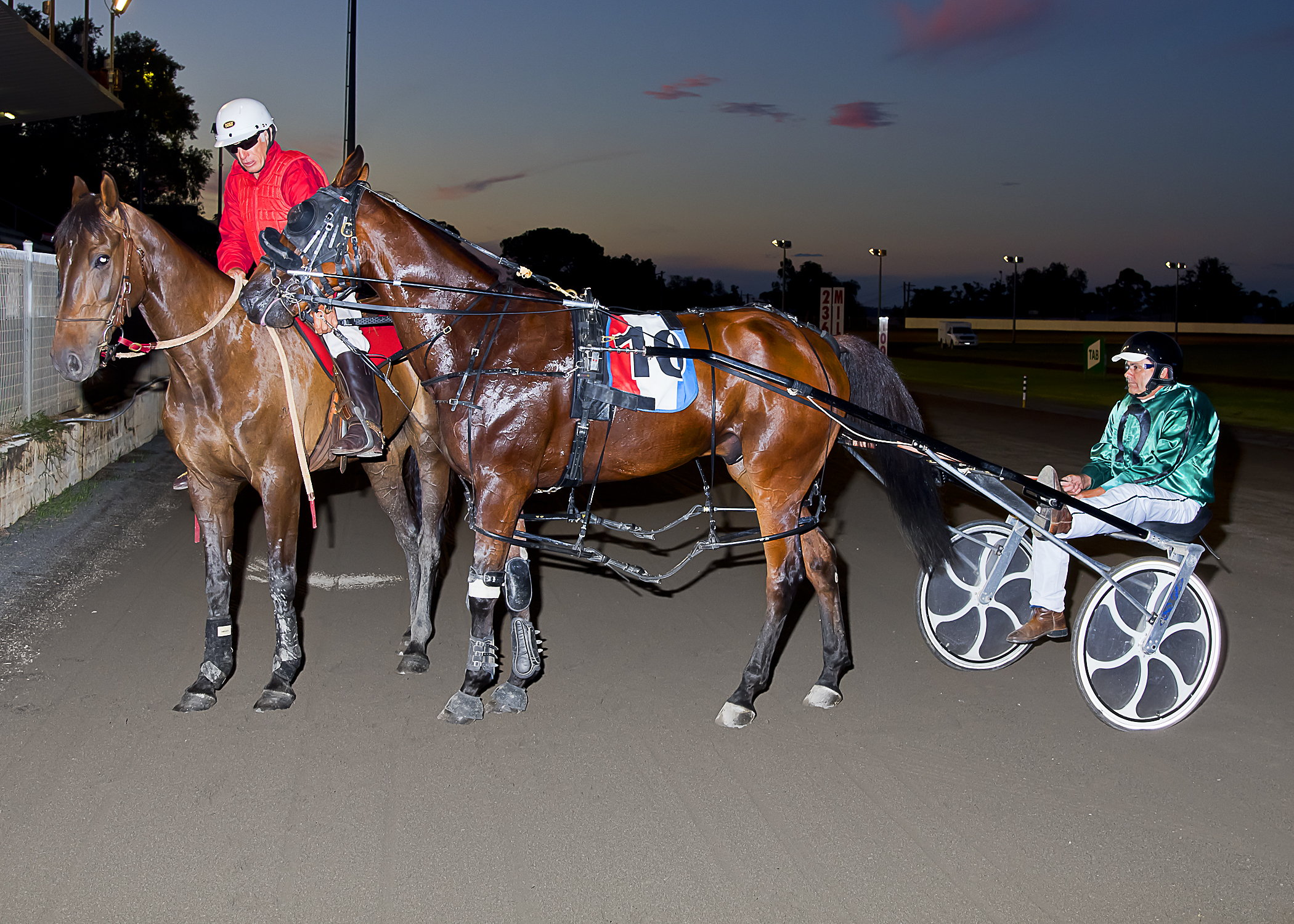 Now Freddie’s after a double

FREDDIE’S Delight broke his maiden status in taking out the Hydes Hides M & M Maiden Pace last start at Tamworth and will now look to continue on his winning way from the three barrier in the Southgate Inn Pace at the same track on Sunday evening.

Lining up in the opening event, the race will also herald the beginning of the January Racing Carnival for the Tamworth Club.

Michael Grima is both the trainer and a part-owner of Freddies Delight, a five-year-old Bettors Delight-Peggyart gelding, and handled the reins to guide the gelding to his first win at race start No. 13.

“He has had a few leg issues along the way,” said Grima who races the pacer with his younger brother Paul and an old school mate in Paul Shanahan.

“We did think he would win a race soon – and he was entitled to.”

“It was good to quinella the race, we can’t do much better than that,” said Michael.

“He had to come from a fair way back in the field.

“There hasn’t been much between the two horses at home in trackwork so we thought we had a chance in the race with both horses.

“Freddie’s Delight gained all the right runs in the race and La Sharky had a softer run.”

Paul Grima, who came from the two barrier with La Sharky raced three back on the inside running line before finding a split on the final turn to race home down the home straight.

“It was a good way to start the year off.”

Michael Grima has shown some commitment to Freddie’s Delight with the gelding having his first race start back in April, 2018 before heading to the paddock and then resuming to the paceway two years later.

Training horses is a hobby for both Michael and Paul Grima, who train on their Bergman’s Lane property just outside of Tamworth.

“It’s in the family and we have been in the sport for a long time now.”

The Grima family have been involved in harness racing in the north west for many years after following their late father Billy Grima into the sport.

Stablemate La Sharky will begin from the 10 barrier in the www.thepub.com.au Pace to round out the night.

Alchin chasing a Golden Guitar Trifecta
Closing in on 400 winners, at just 23
Ready for a northern ‘raid’
It’s a magical four for Chapple
About author