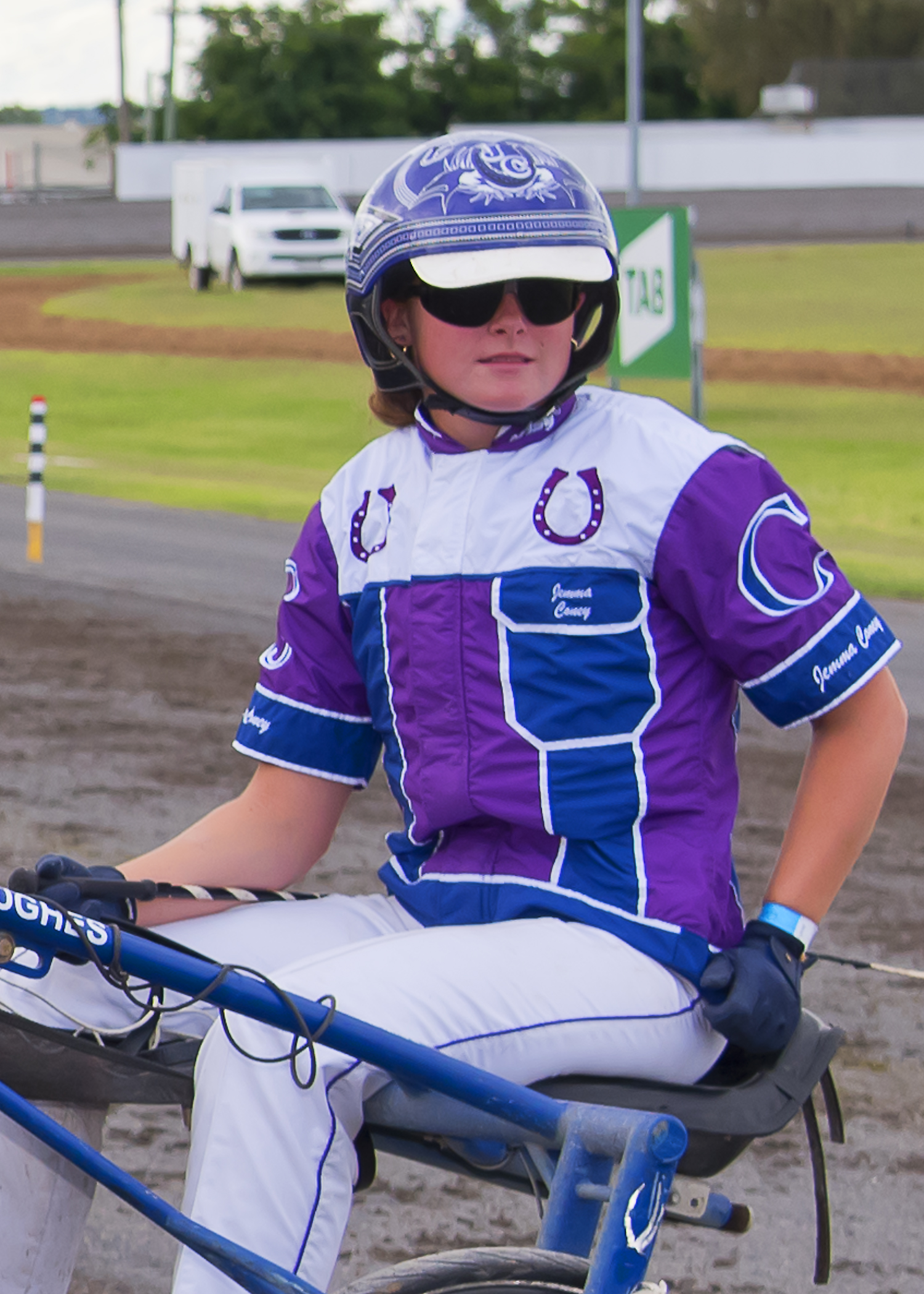 TAMWORTH trainer Greg Coney and his daughter Jemma are on the quest for Gold.

The Tamworth Harness Racing Club open their January Racing Carnival on Sunday evening with the $11,000 Pub Group Gold Nugget as the feature race at the meeting.

The father and daughter are pinning their hopes on stable runner Britney Jane to bring home the gold in the 1980 metre event.

Jemma Coney is feeling ‘pumped’ just to be in the race as she is not only the owner of the five-year-old Betterthancheddar-Triple Sec mare, but she will also be taking the reins.

“This is my first drive in a feature race,” grinned Coney.

“Winning an $8000 race at Tamworth last week was the highest prizemoney race that I have been in, so far.”

For 18-year-old Coney has had an association with Britney Jane for a while before taking ownership.

“I have owned her from about June last year but prior to that Dad (Greg Coney) trained her, so that is where I had a connection with the horse before I bought her, she was already in the stable,” Coney said.

Britney Jane has 11 career wins and 24 placings from 80 starts and will be resuming from her last run back in November where she finished fifth at Albion Park.

“I am really excited to be in the race and to be honest we have been aiming her up for the Gold Nugget race,” said Coney.

“So far she has won six races for me so I can’t complain – and she has run some sound times as well.”

A personal-best mile rate for Britney Jane was recorded in a win at Newcastle in September last year when she clocked 1.52.9 for 1609 metres.

Coney is not fazed by the 10-barrier draw either.

“It is not too bad as she is a sit-and-sprint horse and as long as we don’t get too far back, hopefully we will get a good run into the race,” Coney said.

“It is a fairly open race and there are a few nice horses there.

“It certainly won’t be a one-horse race, that’s for sure and I think it will be an interesting finish.”

Coney leaves the training of Britney Jane to her father, who was recently awarded the North and North West Trainers Premiership for the 2019/20 season and trains on Paceway Tamworth.

“Dad is really excited to have a horse in this race as well,” Coney said.

And if the dream did come true of winning the feature race what would Coney do with a gold nugget valued at $2000 as a trophy?

“I will keep it – I will hang onto it as it is an exciting race to win – and its gold,” grinned Jemma.