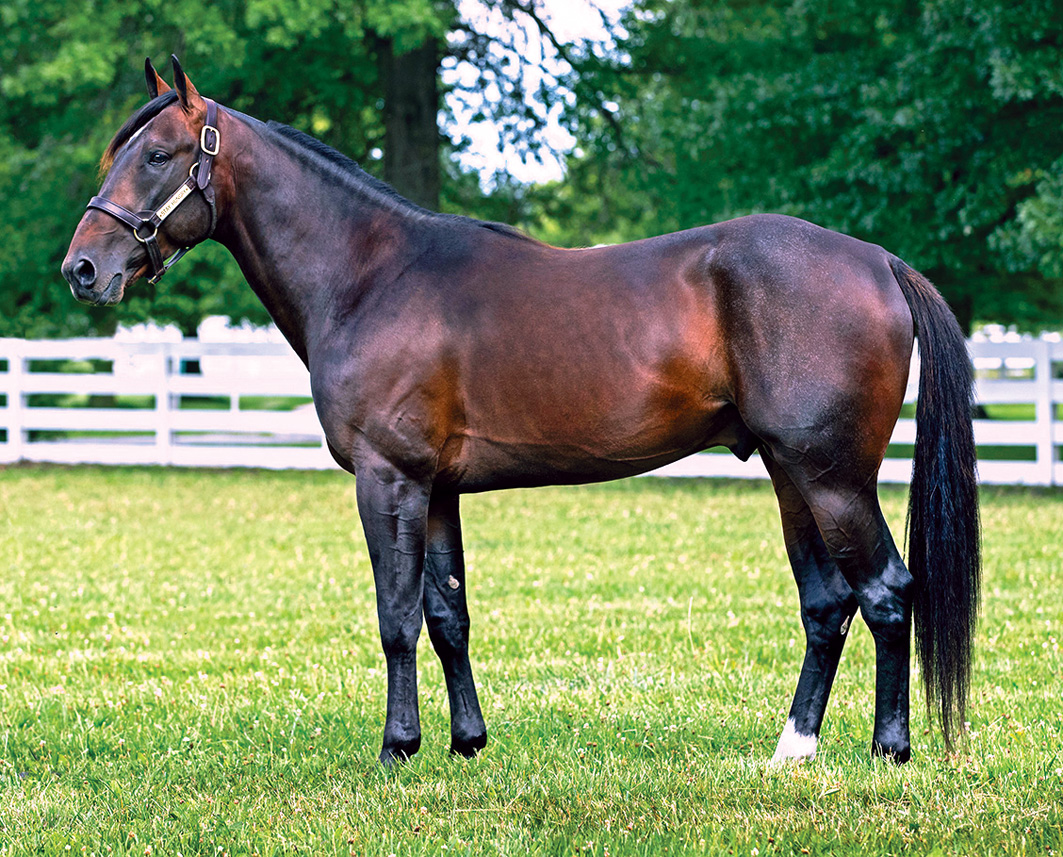 STAY HUNGRY will be available 'Down Under' via Empire Stallions

In one of the best crops in recent history, Stay Hungry defeated the best of his generation on his way to accumulating 12 wins & six placings from 25 starts at two and three while banking over $1.3million in earnings.

From the minute Stay Hungry first stepped onto a racetrack, it was evident this son of Somebeachsomewhere was destined for greatness. In his first two-year-old trial at Mohawk Raceway, Stay Hungry blew by his competitors with a 27.4-second final quarter to win in 1:55 by over nine metres!

Stay Hungry was an impressive winner in his race debut winning comfortably by eight metres in 1:53.1 at Mohawk. The very next week, Stay Hungry maintained his healthy appetite for winning with a first-up victory in the $97,880 Champlain Stakes.

Stay Hungry’s two-year-old season was highlighted by his sweep of the $600,000 Breeders’ Crown at Hoosier Park in Indiana.

In his elimination, Stay Hungry moved from third at the head of the stretch to race by his challengers and win easily in 1:50.4. Stay Hungry’s performance in the Final was nothing short of spectacular.

Racing in sixth position late in the mile, Stay Hungry charged off the final turn with a sizzling last quarter of 26.3 seconds crossing the finish line first to win by two lengths. His co-owner, Brad Grant of Ontario, was very excited with the colt’s victory.

Stay Hungry returned at three to high expectations – and he did not disappoint. In 16 starts, he won six races placing five times and earned a further $767,967 while lowering his lifetime record to a red-hot 1:47.3.

Stay Hungry captured two legs of the Pacing Triple Crown – The Cane Pace and The Messenger Stake. In the $334,000 Cane Pace, Stay Hungry turned in yet another stellar performance. At the three-quarter mark, Stay Hungry was sitting ninth but with an amazing turn of speed, he was able to brush by the field with a last quarter of 25.4 seconds to win in 1:47.3!

In the $500,000 Messenger Stake, Stay Hungry showed his versatility leading every step of the way to win in 1:52.1 over Yonkers Raceway’s rain soaked half-mile oval.

Stay Hungry displayed his grit and determination in the $91,000 Bluegrass Stakes battling widest of all in a four-horse stretch sprint over Lexington’s famed Red Mile to win in a searing 1:48.2 Stay Hungry also won the $63,340 Simcoe Stakes at Woodbine in 1:49.3 in one of the most thrilling stretch duels of the season.

Stay Hungry retired at three to begin stallion duty at the prestigious Hanover Shoe Farms in the extremely competitive state of Pennsylvania where he has served full books of quality mares in 2019 and 2020.

It’s no wonder Stay Hungry excelled on the racetrack – his pedigree is pure royalty. His sire, the late Somebeachsomewhere needs no introduction.

My Little Dragon is one of the greatest mares ever to grace the racetrack winning 24 races with 13 seconds and seven thirds from 55 starts. A multiple Breeders’ Crown Winner, My Little Dragon was the USA Two-Year-Old Pacing Filly of the Year and voted the North American Older Pacing Mare of the Year in 2008. Her world record of 1:48.1 was the fastest mile ever by a female pacer.

To date, My Little Dragon is the dam of seven foals of racing age for six winners with three in 1:51 and all six in 1:55 or faster.

Stay Hungry is a magnificent dark bay stallion standing 15.3 hands which was a fierce competitor with tremendous heart and a strong will to win, outstanding conformation and excellent fertility. A $150,000 yearling purchase, his trainer Tony Alagna said: “Stay Hungry was the most correct yearling I have ever purchased.” And that speaks volumes coming from Tony, one of North America’s premier conditioners, who also trained the sports leading stallion Captaintreacherous.

“We are very excited with the addition of Stay Hungry to our line up this season” said Empire principal David James.

“Stay Hungry is by far one of Somebeachsomewhere’s best sons and his credentials speak for themselves. He is an exciting outcross stallion that we feel will complement and advance nearly every popular bloodline in the southern hemisphere. We believe Stay Hungry will continue to carry on the legacy of his esteemed sire and play a significant role in the future of down under racing.”

Stay Hungry’s frozen semen will be available exclusively through Empire Stallions for the very attractive fee of $6600 including GST in Australia and $6000 + GST in New Zealand and discounts will apply. His progeny will be Vicbred, Breeders’ Crown, NSW Breeders’ Challenge, NZ Sires’ Stake, Bathurst Gold Crown and SA Southern Cross eligible – conditions apply.