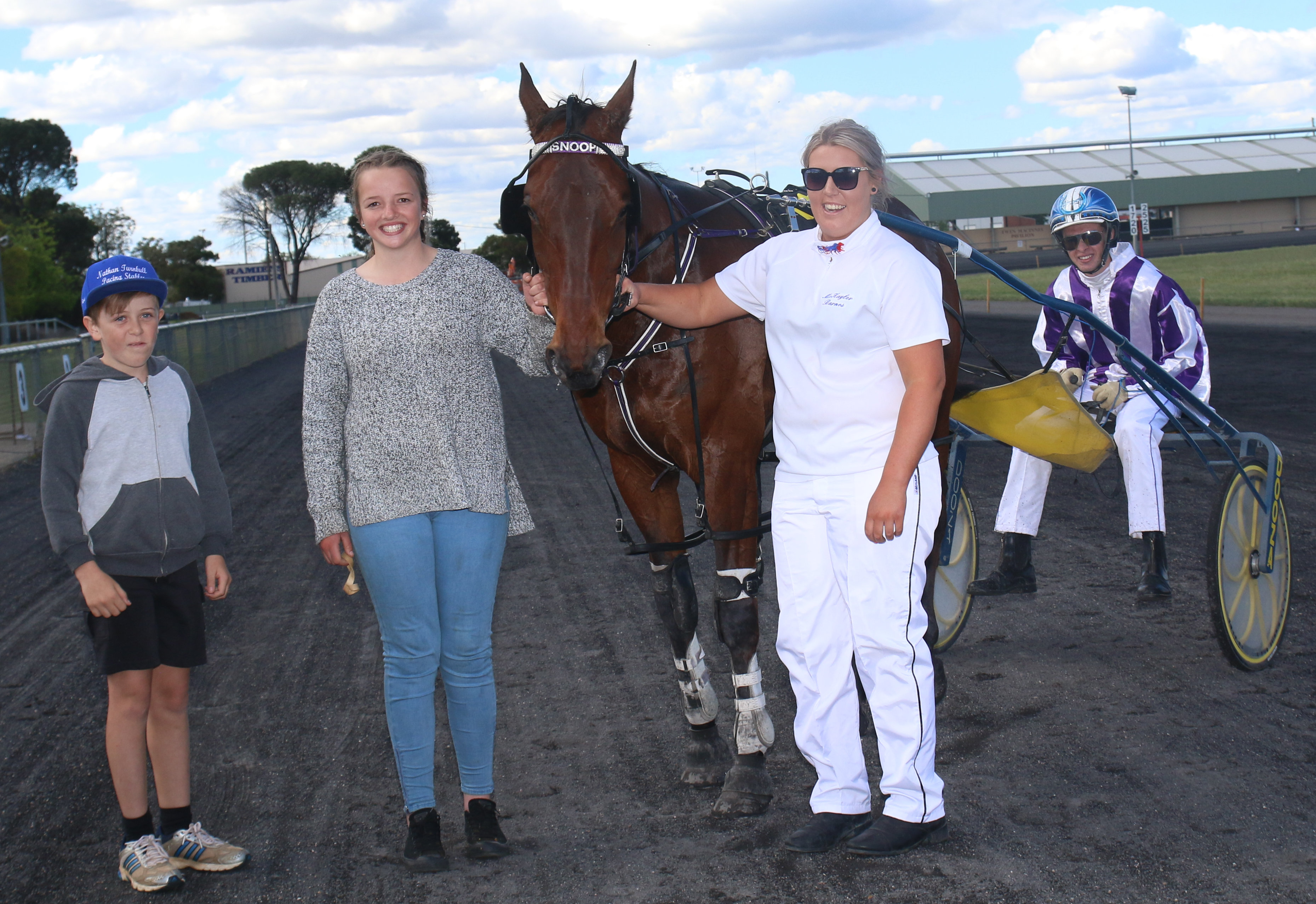 Phoebe Betts (2nd from left) with Joe Pay and McKayler Barnes are having plenty of fun at western districts tracks.

Just doing what they do ‘Betts’

Parkes9
The Betts clan from Bathurst typifies what makes harness racing the great family sport that it is. Graham Betts first became involved in the...

The Betts clan from Bathurst typifies what makes harness racing the great family sport that it is.

Graham Betts first became involved in the sport when he was living in Molong and he spent a lot of time developing his training and driving skills at tracks around the western districts.

Like many who spend most of their time racing their horses and attending meetings, it was at the trots that Graham found the love of his life in Bathurst lass Monica Glazebrook when she was working and driving for Steve Turnbull.

Fast forward to now and the couple are married with five children, three of whom are trainer and drivers.

Brothers Jake and Jed are in the sport as hobbyists and are also talented footballers.

The baby of the Betts brood is Phoebe, a young star on the harness racing horizon.

From limited opportunities, Phoebe has already driven 16 winners and has now been granted her metropolitan license, an achievement that she and her parents can be justly proud.

So seriously is her commitment to the sport, Phoebe has recently had her own stables erected and currently has six horses in work.

There is little doubt that nine-year-old Snoop Stride is her favourite.

The gelding joined the Betts stable four years ago after he had raced with success for Steve Turnbull.

This afternoon at Parkes, the marvel will be having his 247th start and his record is impressive, being the winner of 21 races and 53 placings.

And it is at Parkes where he often shines, having won seven races and five second placings on the half mile track.

Snoopy as he is affectionately known, will contest the Col Fletcher Ford Pace (Race 7) and has drawn well in barrier eight for the 2040 metre journey.

After winning in good time at Parkes, Snoop Stride ran home stoutly for third at Dubbo last Sunday after being held up at vital stages.

“I retired Snoopy last year but then decided to put him back into training as he looked so well in the paddock,” said Betts.

“And I truly believe he is racing as well as he has ever done.

“I like bringing him to Parkes as he loves the track.

“He will race back in the field today but should be right there at the finish.”

Turnbull glad he drove on through the rain
Shard’s successful siring sale-bration
Only the ‘King’ will be missing at Par...
There’s an Angel in the outfield
About author