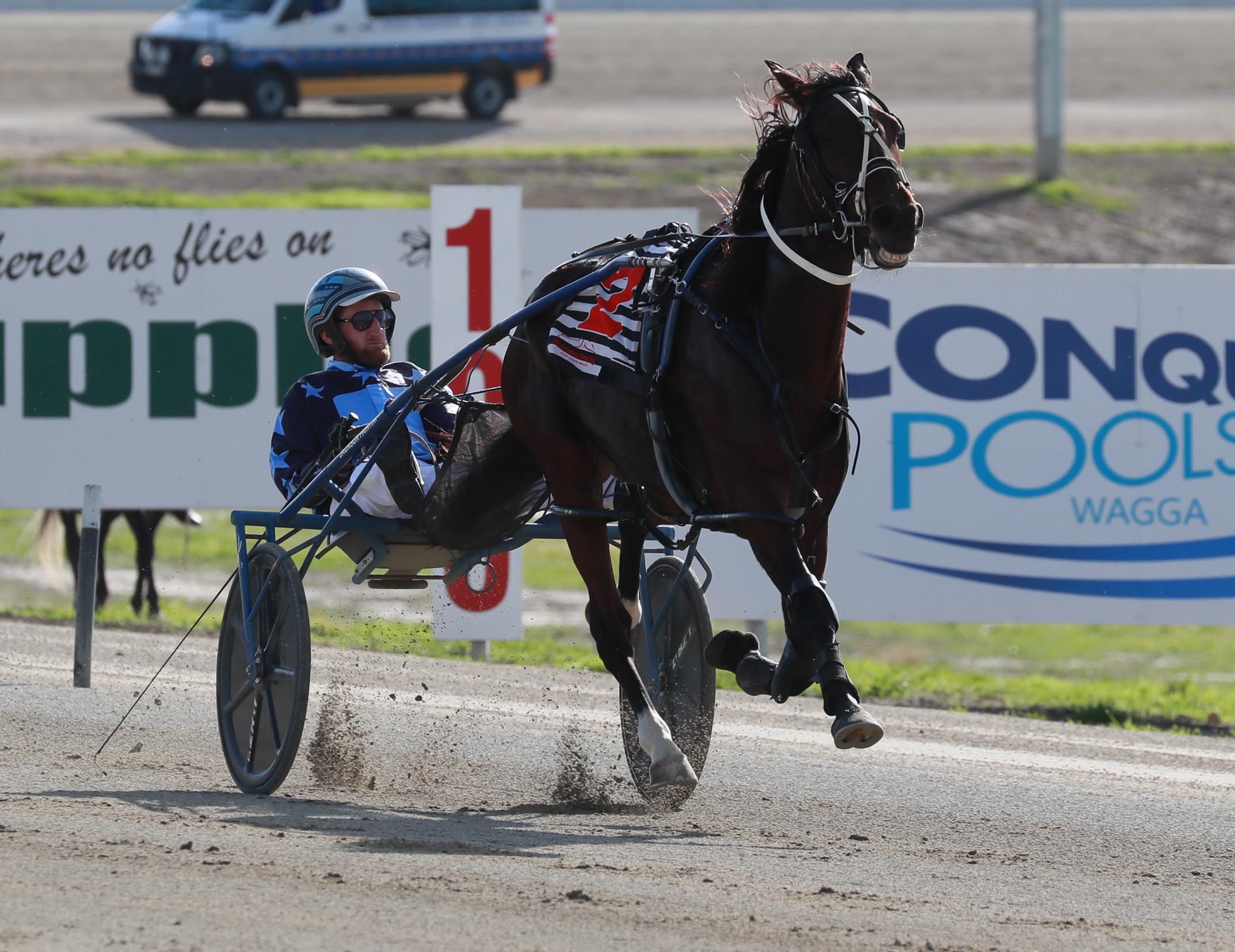 MAKING HIS MARK IN THE SULKY: Jackson Painting in action

bathurst64 Jack Painting3
RIVERINA reinsman Jackson Painting is enjoying the rewards of another successful season in the sulky. Painting finished the 2019-20 season with a tenth placing...

RIVERINA reinsman Jackson Painting is enjoying the rewards of another successful season in the sulky.

Painting finished the 2019-20 season with a tenth placing on the state’s premiership table, posting 104 winners to become a first-time centurion.

With more than five months remaining in the 2021 term, he sits on 55 winners, and it is not beyond the talented horseman to better last season’s tally.

Tonight, he will travel to Bathurst to drive My Ultimate Andy for trainer David Kennedy to contest the final of the $20,000 Club Menangle Country Series after the gelding was impressive in winning his heat at Wagga by a comfortable margin, clocking 1:57.1 to defeat the highly-regarded Bosch from the Brad Hewitt stable.

“We have got the draw on some of our main rivals once again tonight,” said Painting.

“I do believe that his gate four draw gave him the advantage he needed to win the heat at Wagga as he is lethal off the arm, and we were able to park Bosch out wide, which made all the difference.

“I will be looking to again take advantage of his gate four draw tonight, lead and dictate terms to suit.

“That is how he races best and hopefully he can reproduce his winning heat form.

“My Ultimate Andy is definitely a progressive type and David [Kennedy] and I are hoping that this is just a stepping stone to better things in metropolitan class.”

Bosch, who will be driven by Brad Hewitt’s father David, will have to overcome a second-line draw tonight but he did win three on the bounce before his last start defeat and will be running on at the finish.

Amanda Turnbull has returned from campaigning in Queensland and will drive Wattlebank Lass in the Country Series Final, but she too will need the race run to suit from her back-line draw.

Painting works with Kennedy out of their Narrandera base and the combination has always been known to produce smart juveniles from their barn.

This year is no exception as they have unearthed a potential star in Blazing Banner, who was most impressive in winning at Wagga on July 9, scoring by more than 32 metres and rating 1.54.

“He did it on the bit that day and I never turned the stick or pulled the plugs,” said Painting.

“He is a pretty exciting prospect, for sure.”

Honouree Stakes are in his sights
Colin and Cheryl McDowell the Bathurst Gold Crown ...
Eight out of 10 makes for a busy night
Fran’s long journey to the winners’ ci...
About author