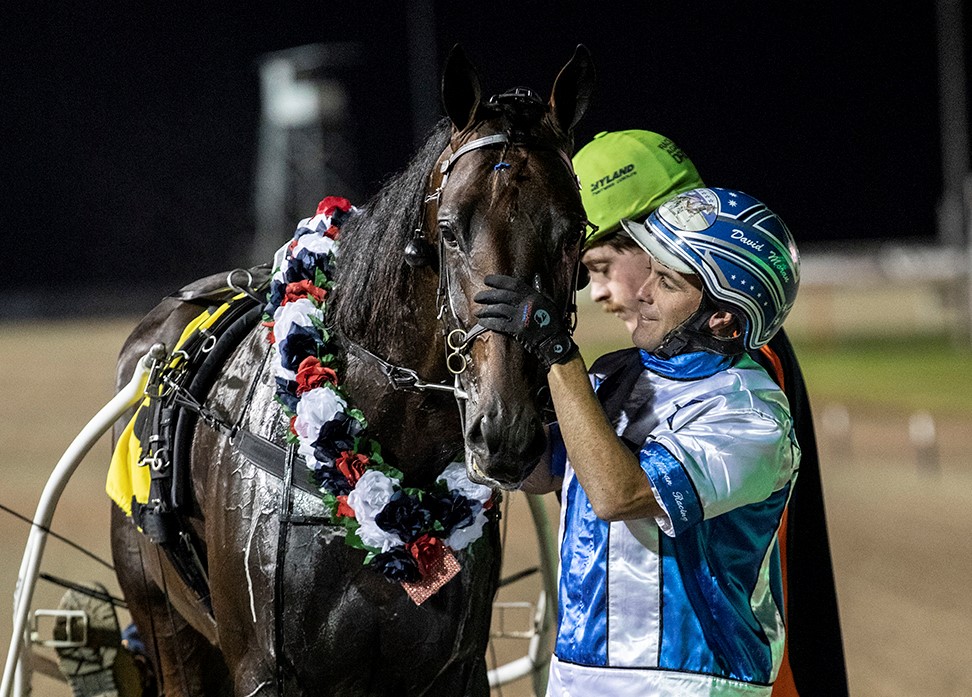 HE’S already got the credentials to be a super sire. Record times, millionaire status and multiple Group One wins. Now Lochinvar Art has another...

HE’S already got the credentials to be a super sire.

Now Lochinvar Art has another impressive addition to his ever-growing resume.

Thanks to a superb 2019/20 season, Lochinvar Art has been named Victorian Horse of the Year.

Trained by David Moran, the stallion won 13 of his 19 starts, with four placings also to his credit for a bankroll of $675,010.

Lochinvar Art’s victories for the term include four Group Ones and a Group Three.

Overall the son of Modern Art has registered seven Group One wins along with a pair of Group Twos and Threes for stakes of $1,368,456..

Sidelined with injury earlier this year, Lochinvar Art will combine stud duties at Cobbitty Farm with his comeback during the next few months.

“What a privilege it is to win an award like this,” owner Kevin Gordon said. “That Bonanza, when he ran 1:48.6, it was breathtaking that he could run that on a 1000-metre track. It was pretty exciting.

“He’s had a massive amount of inquiries as a stallion…his book is filling up quite quickly.

“As for racing, we are very hopeful he’ll be back at the races in December.”