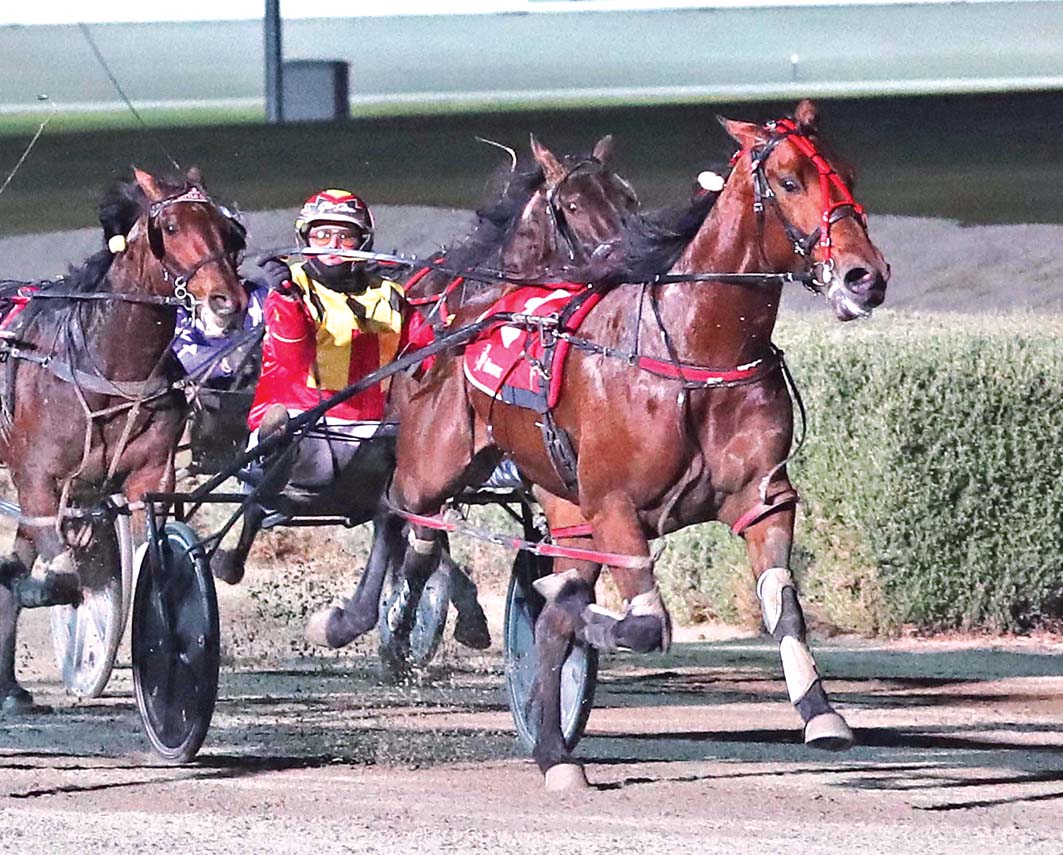 Jilliby Kung Fu spent more than a year in a paddock as a result of injury in July 2018 before returning in January 2020 when runner-up in Melton.

A paddock accident limited the stallion to just one start, which saw the triple Group One winning Australian Pacing Gold purchase retired to stud.

After standing at Cobbity Equine Farm for Luke and Belinda McCarthy, Jilliby Kung Fu was slowly worked back to racing by the prominent couple.

Trialling at Club Menangle last month, which was his first public appearance for more than two years, Jilliby Kung Fu has since won both starts during his return.

The eight-year-old’s victories have been at Albion Park, including last night.

“He has come back up really well and there are no signs of issues with him,” Belinda said.

“Obviously with a horse with his history we are taking a very cautious approach, but so far he has really pleased us with the way he is responding.

“The most pleasing part is how well he has come through each run and is getting fitter all the time.”

Driven by Luke, Jilliby Kung Fu led throughout from barrier four to score by a half-head from Scarlett Babe, which finished along the sprint lane.

Make Mine Memphis was a metre-and-a-half away third.

“He had a trial between starts to keep his fitness to a certain level, but there is nothing like racing to tighten him up,” Belinda said.

“He’ll certainly be better for this run and will improve next time around.”

Rating 1:56 over 2138 metres, Jilliby Kung Fu was the middle leg of a double for the McCarthys, who were also triumphant with Major Jellis and Spirit Of St Louis.