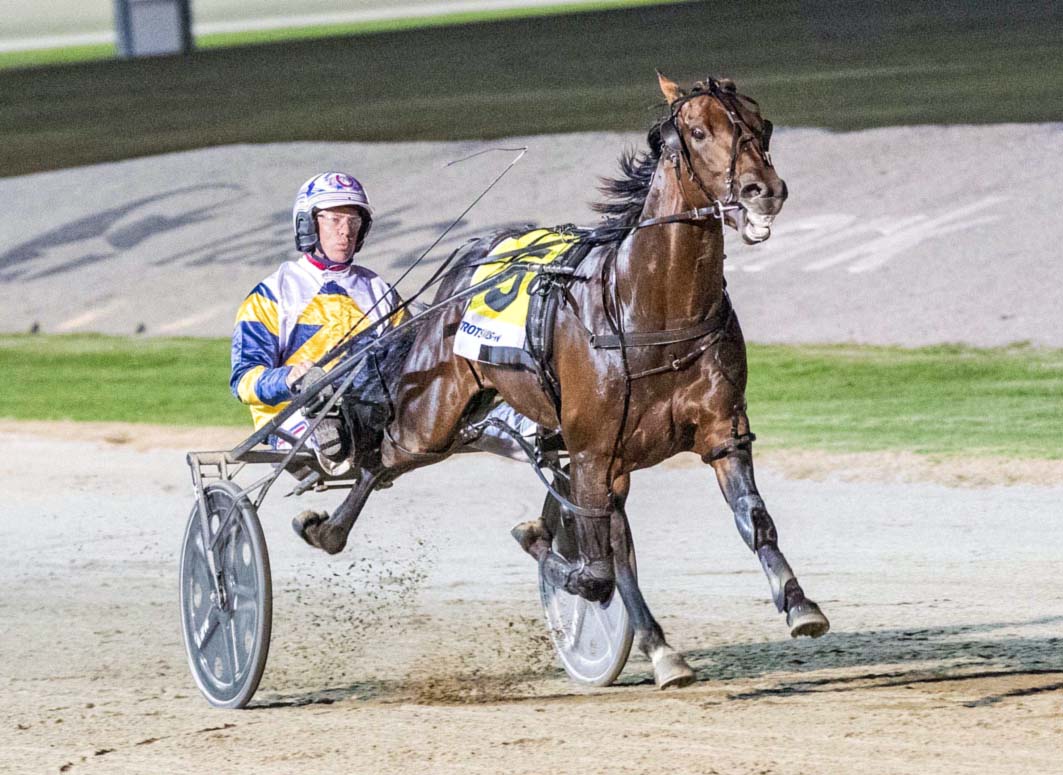 Winter escape on the cards

QUALITY mare Treachery took another step towards an interstate campaign with her victory at Tabcorp Park Melton last night. Weighing up the option of...

QUALITY mare Treachery took another step towards an interstate campaign with her victory at Tabcorp Park Melton last night.

Weighing up the option of taking the four-year-old to Queensland, trainer Emma Stewart stated Treachery was all but assured a winter escape.

Poised to head to the Sunshine State with a small team for its upcoming carnival, Stewart said only bad luck will prevent Treachery from joining the expedition.

“I’m contemplating taking her to Queensland over the winter,” Stewart said. “There are some nice mares’ races during their carnival for her to aim at.

“I’ll be taking a few others such as Tough Tilly and Beyond Delight up and she may go with them.

“She hasn’t set a hoof wrong this campaign and she’s earned another shot at a feature or two.

“With any luck she can also make her way into The Rising Sun up there as well.”

Driven by Mark Pitt, Treachery maintained her perfect season by leading throughout the Cinderella Stake as Vincenzina and Iolanta filled the placings.

Rating 1:53.5 over 1720 metres, Treachery is unbeaten from four starts this campaign, with her overall record sitting on 11 wins and eight placings from 24 starts for earnings of $234,199.

In a unique double for Stewart, Treachery’s younger brother Petracca was a class above his rivals over 1720 metres later on the card.

With Nathan Jack holding the reins, Petracca rated 1:57.6 to score by six-and-a-half metres from Another Nien, with Aureus a head away third.

FINDING WINNERS: Here’s the ones to follow a...
Potential bargain on the market
Aussie and Kiwi shine in USA
Draw helps bid to return to winners’ circle
About author