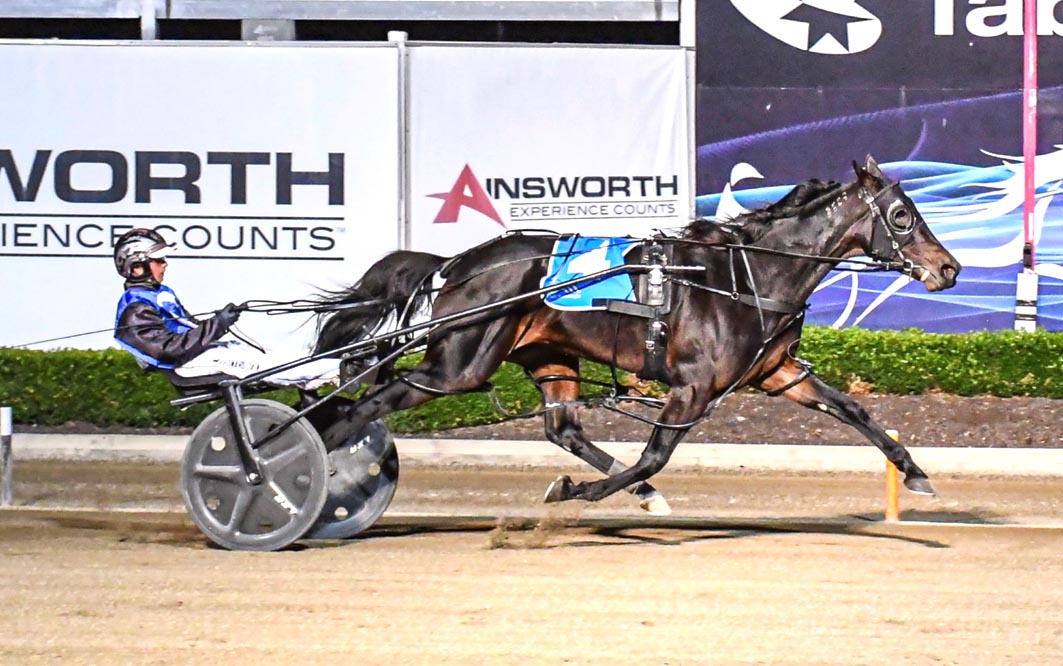 Perfect night at the office

Contesting four races at Club Menangle, Cross left with a quartet of winners.

Cross’s haul also includes the first four home in one race and a quinella in another.

“It was a pretty good night,” Cross said. “The stable had a reasonably strong team in but I didn’t expect to end the night the way we did.

“Molly Kelly was certainly a surprise as her price suggests.”

Driven a treat by young reinsman Leonard Cain, Molly Kelly upstaged her open class rivals – including 2018 Miracle Mile winner, My Field Marshal – at the juicy odds of $41 on the tote.

Sent forward from barrier nine, Molly Kelly was settled in the perfect one-one position as My Field Marshal worked to the lead from gate 10.

Angled to the outside at the top of the home straight, the daughter of Four Starzzz Shark completed a neck win from her stablemate Pocket Of Terror.

Replaced Eyed was a half-head away third as Cruz finished three metres behind his three stablemates.

“That was a perfect drive from young Leonard,” Cross said. “He’s been working at the stable and does a great job.

“It was a terrific run from the mare which has been in top form.”

Covering the mile in 1:52.1, Molly Kelly was the closing leg of Cross’ winners and part of a double for Cain.

Earlier on the card Cain scored with the Cross-trained Callmequeenbee which also caused an upset.

Caught in the ‘death seat’ early from barrier four, Callmequeenbee received cover at the bell as Pump The Brakes was sent forward to test the leader, Supreme Dominator, from the breeze.

Angled into the clear around the home bend, the mare sprinted to a soft four-and-a-half metre win from her stablemate Speak No Evil, with Weeks End two metres away third.

“She has been unlucky at her last few starts but tonight things went her way and it made the difference,” Cross said.

Cross also combined with Luke McCarthy for a pair of wins thanks to Zennart and No Win No Feed.