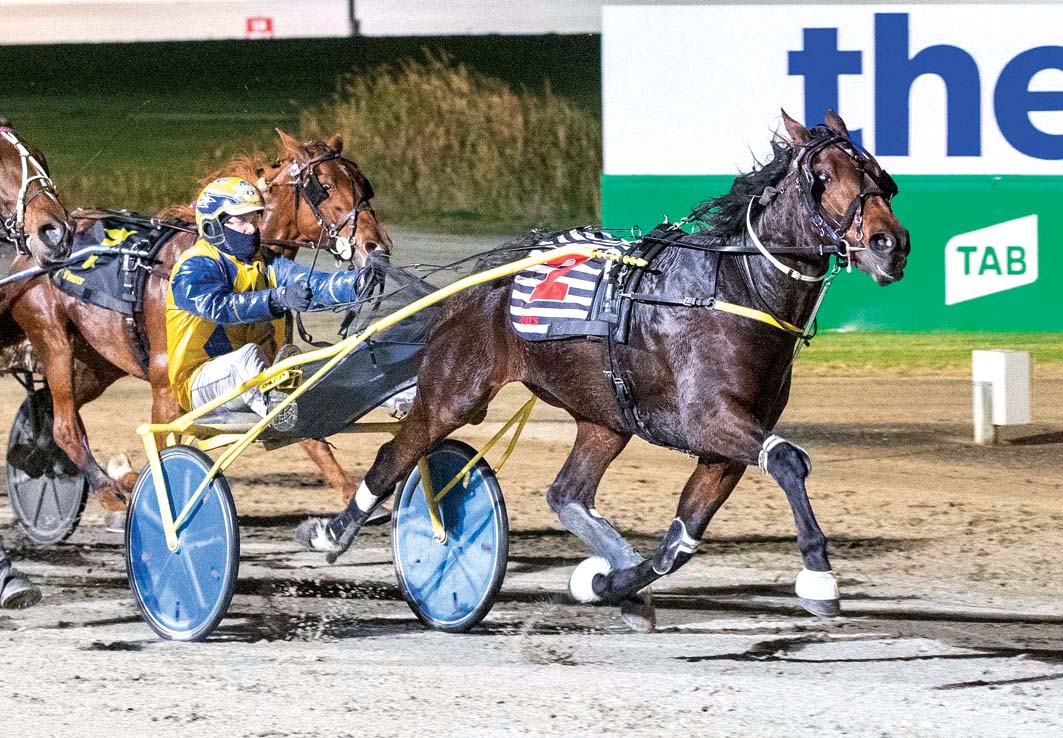 AFTER handy trotter Hatchback recently broke a string of close calls trainer John Justice hoped the victory was the beginning of a streak. Before...

AFTER handy trotter Hatchback recently broke a string of close calls trainer John Justice hoped the victory was the beginning of a streak.

Before his success at Tabcorp Park Melton a fortnight ago Hatchback had been runner-up during his six previous starts for the season.

“Finishing second in six consecutive races is probably some kind of record, although six wins in a row would be better,” Justice said.

“Maybe he just started that streak with a bit of luck.”

To Justice’s joy, Hatchback appears to have begun his winning sequence after completing back-to-back wins at the same venue tonight.

“It was terrific to get another win with him,” Justice said. “That’s two in a row and with a bit of luck he has another four to go!”

With Justice holding the reins Hatchback led throughout from barrier two to account for Mah Mukker and Orlando Storm in 1:59.6 over 1720 metres.

“I was extremely confident with him tonight,” Justice said. “The draw made it easier, but I felt he had something on that lot.

“As he hit the line he was star gazing a bit and let the other horse get close but I was never worried.”

To be given a short spell, the exceptionally-bred son of Angus Hall and former top mare Jauriol will then continue to make his way through the grades as he is worked towards the Vicbred Super Series later in the year.

“I will give him two or three weeks off just to catch up a bit as he’s done a pretty big job,” Justice said. “Hopefully by the time he is ready to go again the good races will be back around.”