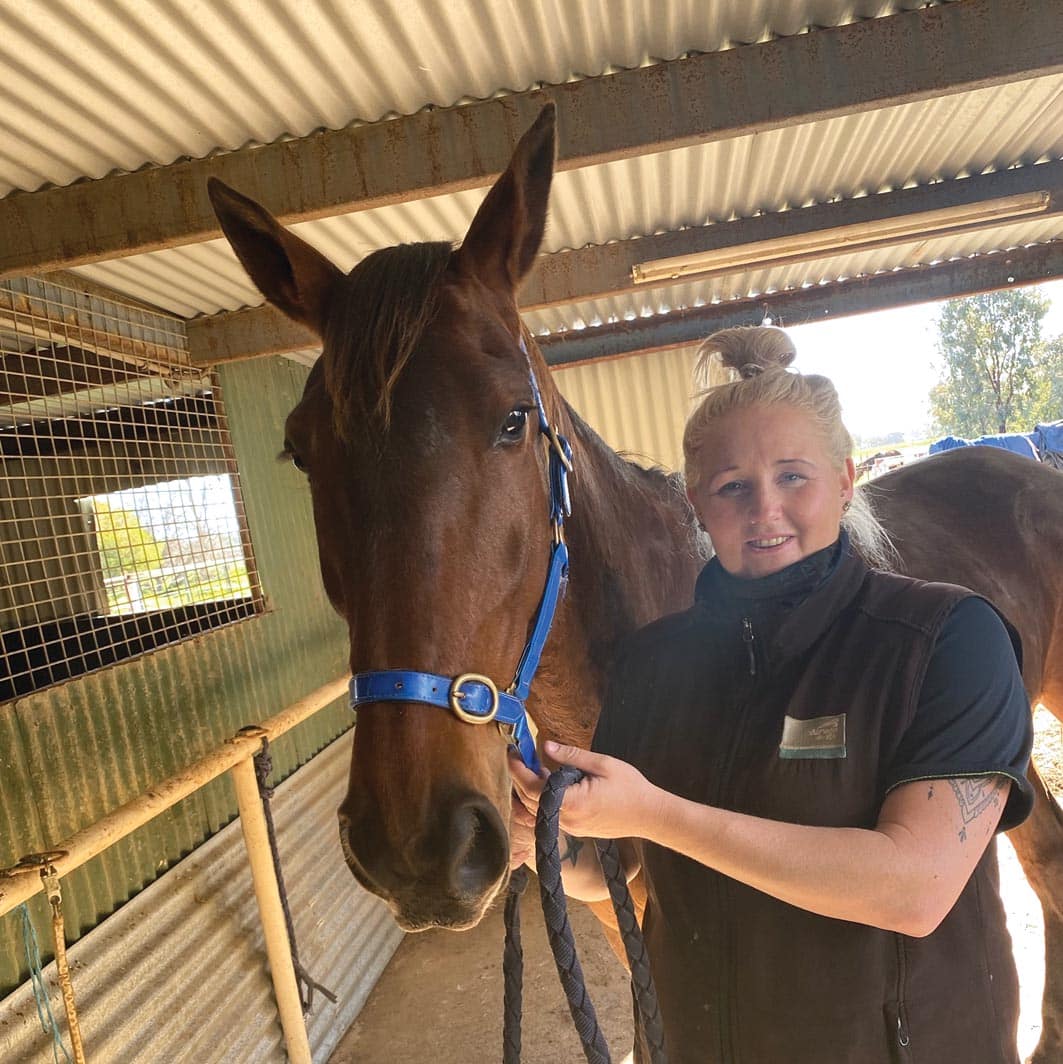 ONE trainer’s personal achievement almost went undetected in Shepparton during the weekend. Making his debut for the Amy Crossland on Sunday, Officially Shady scored...

ONE trainer’s personal achievement almost went undetected in Shepparton during the weekend.

Making his debut for the Amy Crossland on Sunday, Officially Shady scored first-up for his new connections.

While that is a moment to savour in itself, Officially Shady’s maiden victory came at his 46th start.

The gelding had notched 10 placings for four previous stables.

“We were looking around for a low rating pacer when we came across him,” Crosland said. “After some negotiating we bought him about three weeks ago.

“He didn’t race between August 2018 and June this year, but I’m not 100 per cent sure why he had nearly two years off.

“I do think he broke a bone in his foot.”

Driven by Greg Sugars, Officially Shady led throughout from barrier three to score by two-and-a-half metres from Pinnacle Hope.

“I’m rapt with his run,” Crossland said. “I was worried going into it as I hadn’t had him very long so I didn’t know exactly how well he would race.

“After he got here I had his back done and his work had been super, it was just a matter of whether he took that to the races.”

Hopeful the son of Art Official can expand on his winning form, Crossland plans to take the six-year-old to Maryborough in a fortnight.

“There is a suitable race for him in Maryborough on Monday week,” Crosland said. “I’ll head there as I would prefer to keep him to the bigger tracks

“I think once he puts it all together he can be a really nice horse which, as I said, is what he shows in track work.”

Minor injury enough to miss major race
“She has proven she is pretty special”
Reggett conflicted over supporting Houli
The latest on the Miracle Mile and an exciting new...
About author