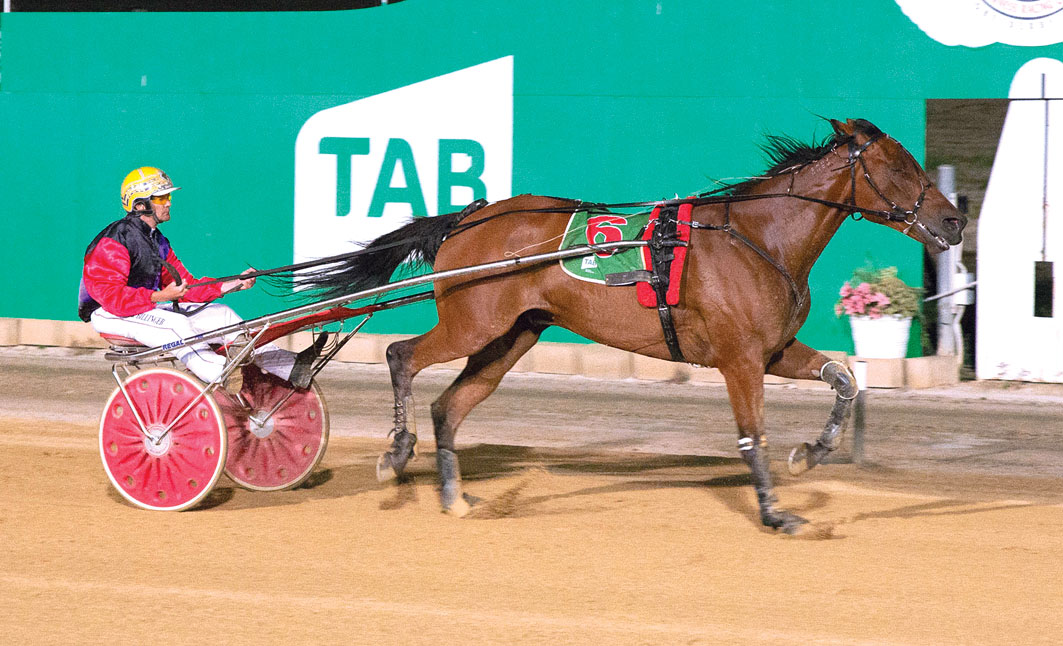 VICTORIAN horseman Ray Harvey is already planning another interstate raid. Making a trek across the border during the weekend, Harvey captured the Gramel Cup...

Making a trek across the border during the weekend, Harvey captured the Gramel Cup with his handy trotter The Penny Drops.

Thrilled with the result, Harvey is set to return to the troubled venue for next month’s South Australia Trotters’ Cup.

The Penny Drops was runner-up in last season’s edition of the time honoured feature, which is scheduled to be conducted on April 17.

“He’ll have one more start, most likely in a country cup, before we go back to South Australia,” Harvey said.

“We finished second in the Trotters’ Cup over there last year so it would be good to go one better this time around.”

With Mark Billinger holding the reins, The Penny Drops was positioned in the perfect one-one trail from his 10-metre handicap as Reils led from the pole.

Angled three-wide heading into the back straight, the son of Danny Bouchea dashed to the lead within a few strides before cruising to an 18-metre win from Ymbro Wasted.

“That was a great run from him,” Harvey said. “I was as confident as you can be with a trotter going into the race and he raced to expectations.

“Once he got into the trail like he did I knew they wouldn’t be able to beat him.”