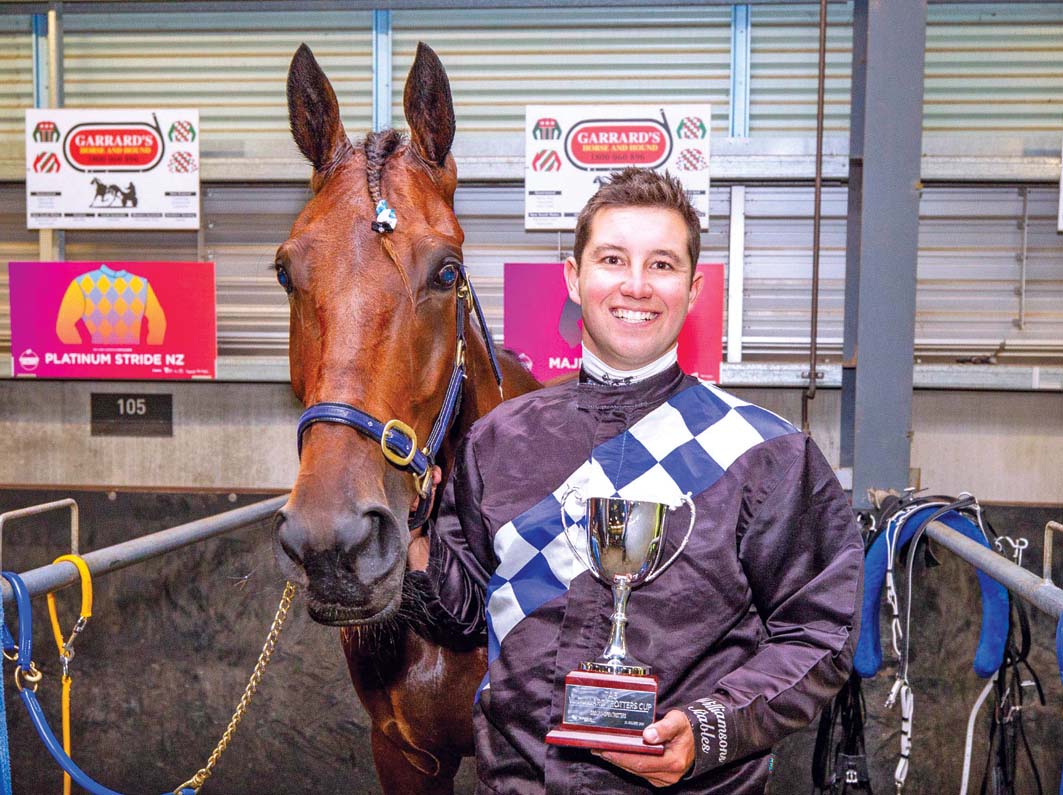 NEW ZEALAND raiders Brad Williamson and Majestic Man ended their Victorian campaign on the same note it started – with a Group One triumph....

NEW ZEALAND raiders Brad Williamson and Majestic Man ended their Victorian campaign on the same note it started – with a Group One triumph.

Making the trek across the Tasman last month, the pair announced their arrival by capturing the V L Dullard Cup in a Tabcorp Park Melton track record 1:55.4 over 2240 metres.

Set to head into New South Wales within the next few days, Williamson and Majestic Man farewelled Melton by capturing the Australian Trotting Grand Prix just moments ago.

“It’s been a good trip here,” Williamson said. “The Dullard Cup was my first Group One win and two leave with two Group Ones is a great result.

“We will go to Menangle now for the Trotters’ Mile next Saturday night, then we’ll head home a few days later for a look at the Rowe Cup.”

Pushed through from his second row draw to settle in the one-one, Majestic Man was then sent forward to take the lead from Magicool as Tornado Valley was forced to work hard to find the ‘death seat’.

Striding clear at the top of the home straight the son of Majestic Son completed a four-and-a-half metre win from Pink Galahs, with Monaro Mia a metre-and-a-half away third.

“His draw didn’t seem that good early, but it worked out well,” Williamson said. “I couldn’t have scripted the run he got through and to find the lead like he did any better.

“Once he found the front he was always the one to beat.”

By rating 1:58.1 over 2240 metres Majestic Man enabled Williamson to join his father, Phil, on the feature’s honour roll.

Along with being the trainer of Majestic Man, Phil captured the 2005 edition at Moonee Valley with former star mare Allegro Agitato.

“I watched horses like Allegro Agitato win these big races when I was younger and now to win this race wearing Dad’s colours in an honour,” Williamson said.