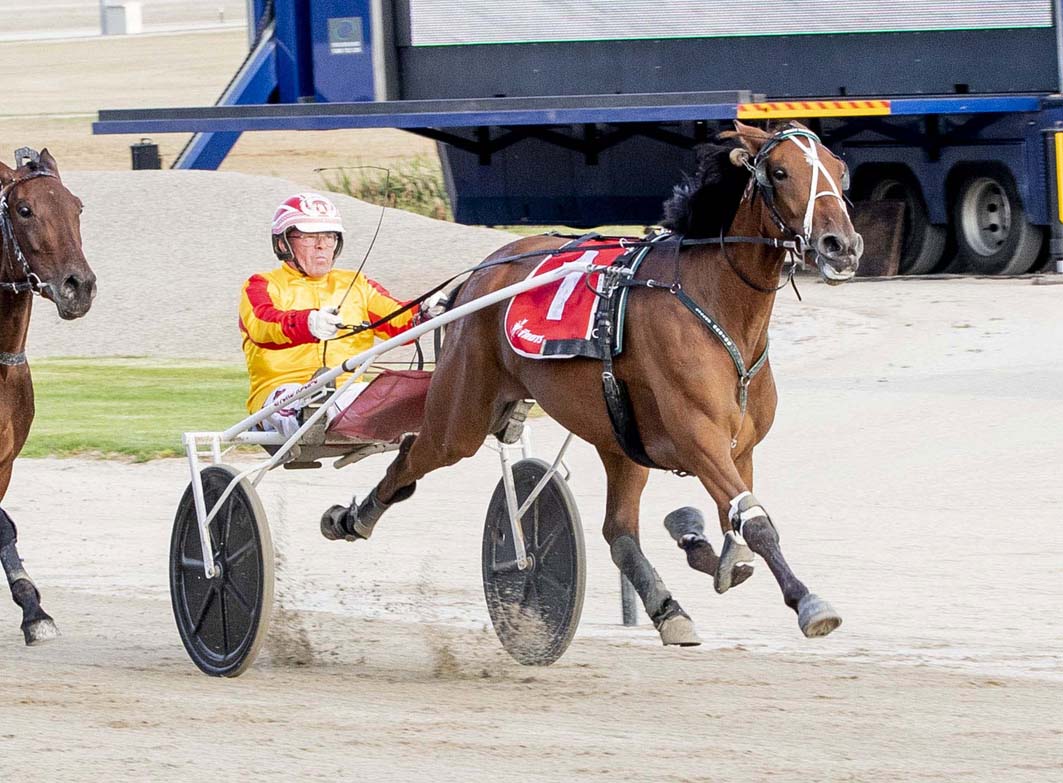 A SHORT break before another feature campaign…that’s the plan for talented filly Queen Elida. Speaking after the trotter’s success in last night’s Need For...

A SHORT break before another feature campaign…that’s the plan for talented filly Queen Elida.

Speaking after the trotter’s success in last night’s Need For Speed Princess Final at Tabcorp Park Melton, trainer Brent Lilley has set his sights on an interstate campaign.

Set to give the three-year-old a freshen-up, Lilley will then prime Queen Elida for the New South Wales Trotters’ Oaks.

The Blue Riband is scheduled to be run at Club Menangle on May 1.

Lilley will then explore the prospect of Queen Elida competing against the ‘boys’ in the Derby the following week.

“I will give her two weeks off now then get her ready for the Oaks in Sydney,” Lilley said. “A short break before she gets going again will do her the world of good.

“If she goes well enough in the Oaks there is the option of the Derby the following week.

“After that she can have a good spell before we have a go at the big races later in the year.”

Driven by Chris Alford, Queen Elida was settled two-back along the pegs from the pole as Ima Cherished Stride and then She Sailz led.

Angling the daughter of Love You away from the inside around the home bend, Alford was unable to work into the clear turning into the straight.

With Alford reverting back to the inside Queen Elida sprinted brilliantly along the passing lane to score by a metre-and-a-half from Lady In The Sky, with Banglez three metres away third.

Rating 1:56.8 over 1720 metres, Queen Elida took her record to four wins and a second from seven Australian starts.

“The time off did her good, and as she’s shown, she’s come back feeling a lot better.”

Queen Elida’s win was the opening leg of a Group One double for Alford, who partnered Sleepee to victory in the Lyn McPherson Memorial later on the card.