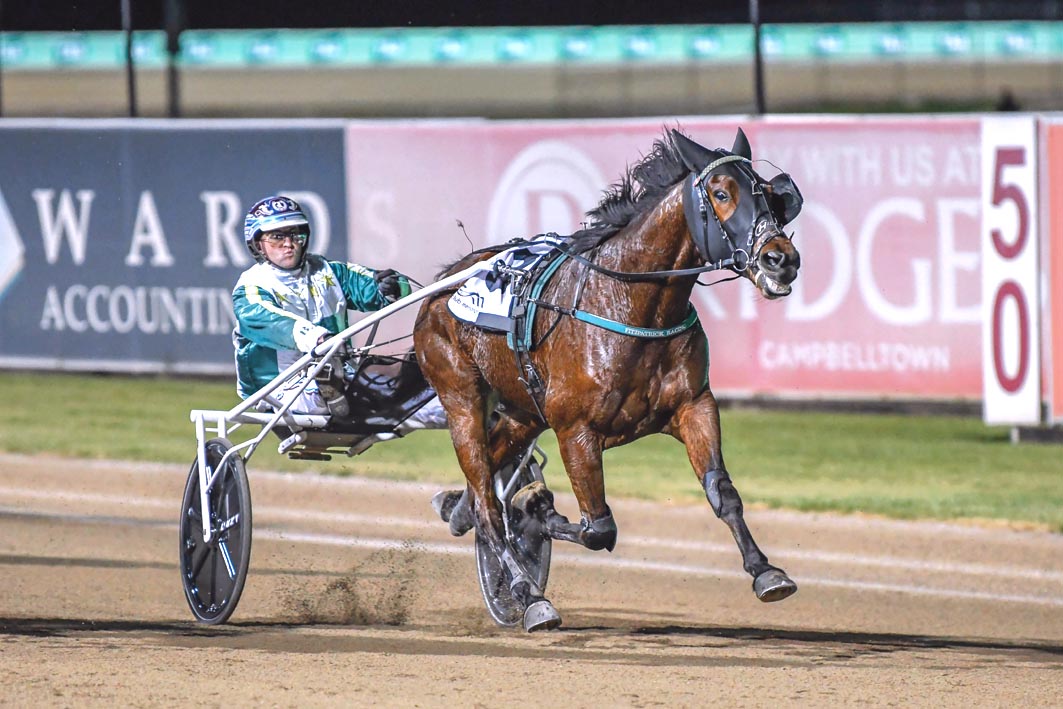 TONIGHT’S win could prove to be “the making of” More Shades Of Gold according to trainer Blake Fitzpatrick. Having his fourth start from an...

TONIGHT’S win could prove to be “the making of” More Shades Of Gold according to trainer Blake Fitzpatrick.

Having his fourth start from an eight-month break, More Shades Of Gold captured the Franco Australian Trotters’ Cup at Club Menangle.

Causing a minor upset in the Group Two, the five-year-old has always shown potential as he’s worked his way through the grades.

Thanks to his latest victory More Shades Of Gold’s record sits on eight wins and 18 placings from 35 starts for earnings of $84,271.

“That was only his fourth run from a long break so his fitness is getting right up there,” Fitzpatrick said. “He was sent for a good spell late last year and for no real reason he stayed out longer than he should have.

“His first few runs this time in were very consistent and he deserves that win.

“He is only lightly-raced for his age and probably 12 months away from best, but that win could be the making of him.”

Driven by Jack Trainor, More Shades Of Gold began quickly to lead from the front line as Sobomba was caught in the ‘death seat’.

Forced to dig deep along the home straight, the son of Majestic Son staved off a late challenge from Agent Maori to score by a half-head.

The feature wasn’t all glory for Fitzpatrick, however, as he partnered the favourite, Adelle, which was checked and lost all chance along the back stretch.

“He is so quick from the stand which was always going to help him get into a good spot,” Fitzpatrick said. “Jack rated him perfectly in front.

“I haven’t actually looked beyond tonight with him but he will probably go around again here in a couple of weeks.”