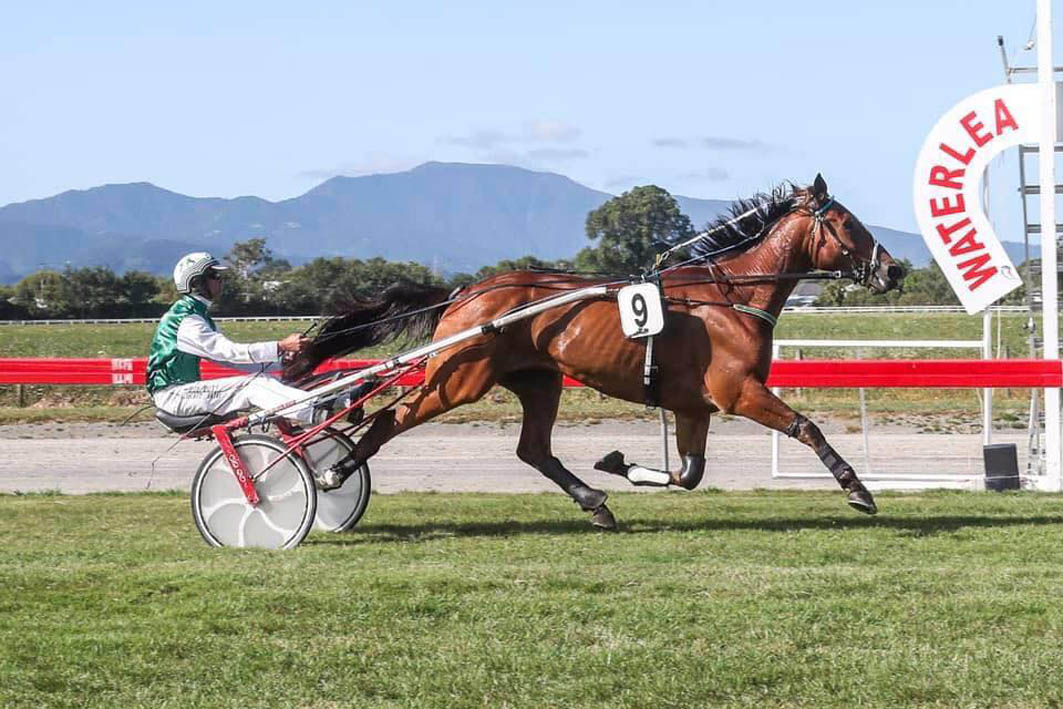 TOP trotter Heavyweight Hero showed he is primed for spring’s title fights by breaking a New Zealand record to win the Basil Dean Free-For-All at Addington on Friday night.

The big striding seven-year-old took three-tenths of a second off the 2600-metre mobile record for aged geldings and entires when running down Majestic Man to win in 3.12.3.

That time eclipsed Eyre I Come’s 2017 mark and was just outside the overall national record held at 3.12 by Harriet Of Mot.

The victory for trainer and driver Bob Butt came just a fortnight after the same pair ran the quinella with another scorching time, just a tenth of a second outside the national record for 1980 metres, with Majestic Man again setting up the speed.

On Friday night, Butt had Heavyweight Hero one spot closer on the markers after securing a perfect run in the trail.

His formerly injury plagued trotter took full advantage of that run when reeling in the pacemaker and clearing out to win by two and three-quarter lengths.

“He went great, I was real happy with that,” Butt said. “But mostly I am rapt for the horse, because he has had a lot of problems.”

Heavyweight Hero cemented his status as a contender in Canterbury’s spring trotting features with his victory.

Butt admitted he counts himself lucky to be the man charged with guiding the former Todd MacFarlane trained trotter towards races like the Dominion.

“To be honest I am just lucky to get asked to train him,” Butt said.

“Todd did a great job with him and he could have picked any of the good beach trainers to send him to.”

Heavyweight Hero has barley been able to be set for an extended run at feature races because of his battles with hoof issues.

As his win on Friday night would suggest, Butt is well on top of those issues at the moment.

“His feet have been the problem and we are just hoping they can hold together,” Butt said. “They are good at the moment – touch wood.”

“We are not doing anything special with them, but I think working on the beach has been the key.”

Butt made it a winning double in the sulky when Minstrel nosed out Wild Excuse in a nail biting finish to Friday night’s intermediate grade pace.

“He just got there, it was a good effort because the second horse is a very nice mare,” Butt said.

“Hopefully he should improve off that, last time in it took him a couple of runs to get to his best.”

“He will also be even better if they go a bit harder.”

Butt reported his parents, trainers David and Catherine Butt, have no set plans other than to keep racing Minstrel through the spring.

Heavyweight Hero and many of his rivals could end up clashing with another of Friday night’s winners.

Muscle Mountain made it two impressive wins from two starts as a 4yr-old when powering to victory with Ben Hope in the sulky.

The trotter is not paid up for races like the rescheduled Sires Stakes Championship or Harness Millions, so trainers Greg and Nina Hope have set the New Zealand Trotting Free-For-All on New Zealand Cup Day as a long range goal for the horse.

Muscle Mountain made light work of his 20m back mark, before holding out a game American Pride in the straight on Friday night.

“I was really happy with him – he is a lovely horse,” Ben Hope said.

“Even though I was asking him for a little bit in the straight he had the second horse covered.”