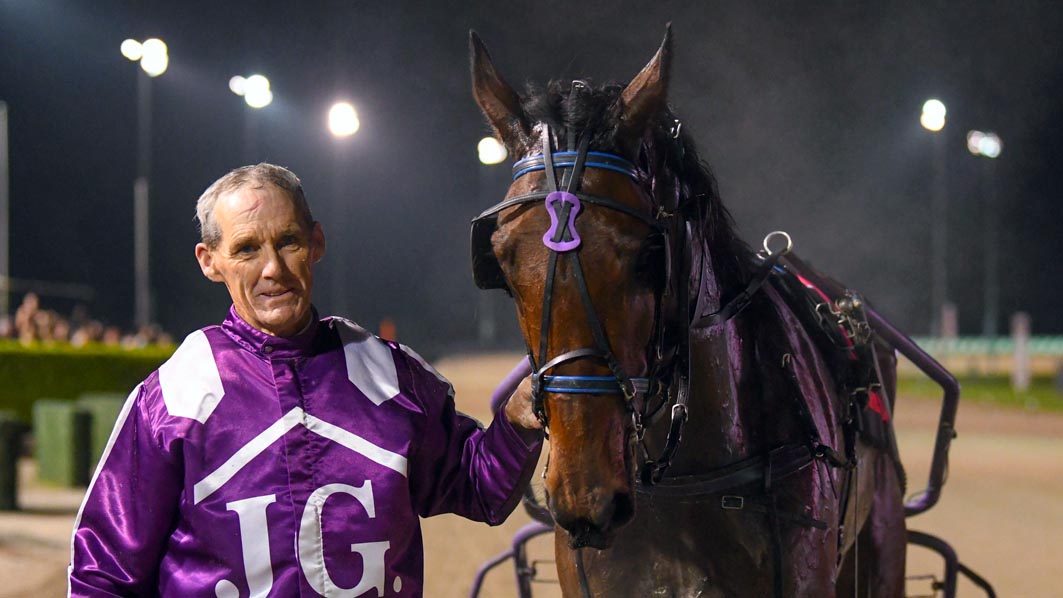 MARK HEWITT with Not To Be Denied

Queensland campaign on the cards

A TRIP across the border is on the cards for talented filly Not To Be Denied. Thanks to her Golden Easter Egg success at...

A TRIP across the border is on the cards for talented filly Not To Be Denied.

Thanks to her Golden Easter Egg success at Club Menangle last night, Not To Be Denied has been earmarked for a Queensland campaign.

While the interstate journey is not “set in stone”, trainer Mark Hewitt has set his sights on the South East and Queensland Oaks.

The South East Oaks is scheduled to be run at Albion Park on July 16, with the Sunshine’s State’s Blue Riband event the following week.

“I’m thinking about taking her to Queensland for a few runs over the winter,” Hewitt said. “I’ll give her a couple of weeks off now and if she comes up as good as she is now then I will head up for the two Oaks.

“Nothing is set in stone at this stage, but it is the way I am looking at heading with her.”

With Hewitt in the cart, Not To Be Denied was pushed forward from barrier eight to settle in the perfect one-one trail as Captn Me worked hard to lead from gate three.

Sprinting to the lead leaving the back straight, Not To Be Denied staved off a late challenge from Miss Chantilly to score by a short half-head.

“I was a little concerned about her chances from the draw, but not about her ability to win,” Hewitt said.

“After the leaders went as hard as they did, and knowing she’d had the perfect trip, I was pretty confident down the back straight.

“She only just got there in the end, but she got there which is what counts.”

Covering the mile in 1:50.1, the daughter of Always Be Miki took her record to seven wins and three placings from 12 starts for earnings of $57,291.

‘Grimo’ out to defy the odds . . . aga...
Faultless drive sets up ‘bonus’ win
Is this history in the making?
Climb up to the winners’ circle Sonnyboy!
About author