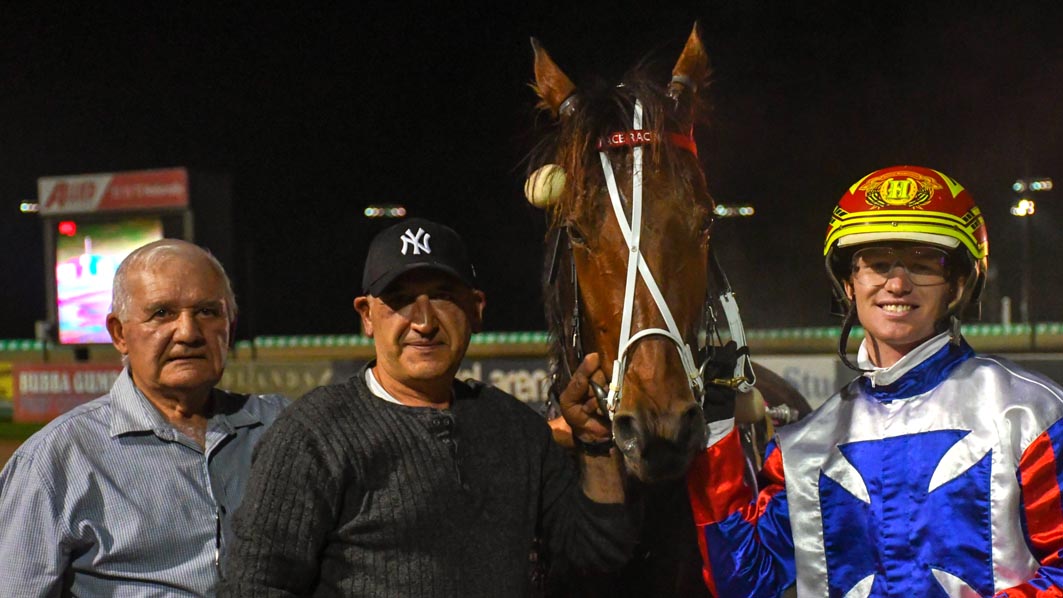 Trotters are not so bad after all!

DURING a conversation with astute horseman Joe Pace a couple of years ago he declared his dislike for trotters by referring to the gait...

DURING a conversation with astute horseman Joe Pace a couple of years ago he declared his dislike for trotters by referring to the gait as a “liability”.

Fast forward to tonight’s Club Menangle meeting and Pace has a new-found passion for squaregaiters.

The source of Pace’s change of opinion is Harry Stamper, which captured the New South Wales Trotters’ Derby just moments ago.

Having his second start for Pace since crossing the Tasman, Harry Stamper provided the Victorian trainer with his initial Group One success.

“I’ve never been a fan of trotters and have always said they are a liability,” Pace said. “This bloke has certainly changed my mind on that front.

“I bought him for Sam (Castro) expecting him to be a nice type and he’s won two from two including a Derby, so you can’t ask for more from him than that.”

With star concession driver James Herbertson in the cart, Harry Stamper was settled mid pack from barrier eight as Tough Love led from gate seven and the field travelled in ‘Indian file’.

Angled away from the pegs at the bell, the son of Majestic Son sustained a strong sprint to score by a metre-and-a-half from Tough Love.

“That’s a long straight to be yelling all the way…I’ve lost my voice,” Pace said. “What a terrific run and drive.

“LIke I said, we had faith in this horse when we bought him and he has certainly rewarded us for it.

“I’ll take him home now and put him in a paddock for a good break before bringing him back in time for the Victoria Trotters’ Derby later in the year.”