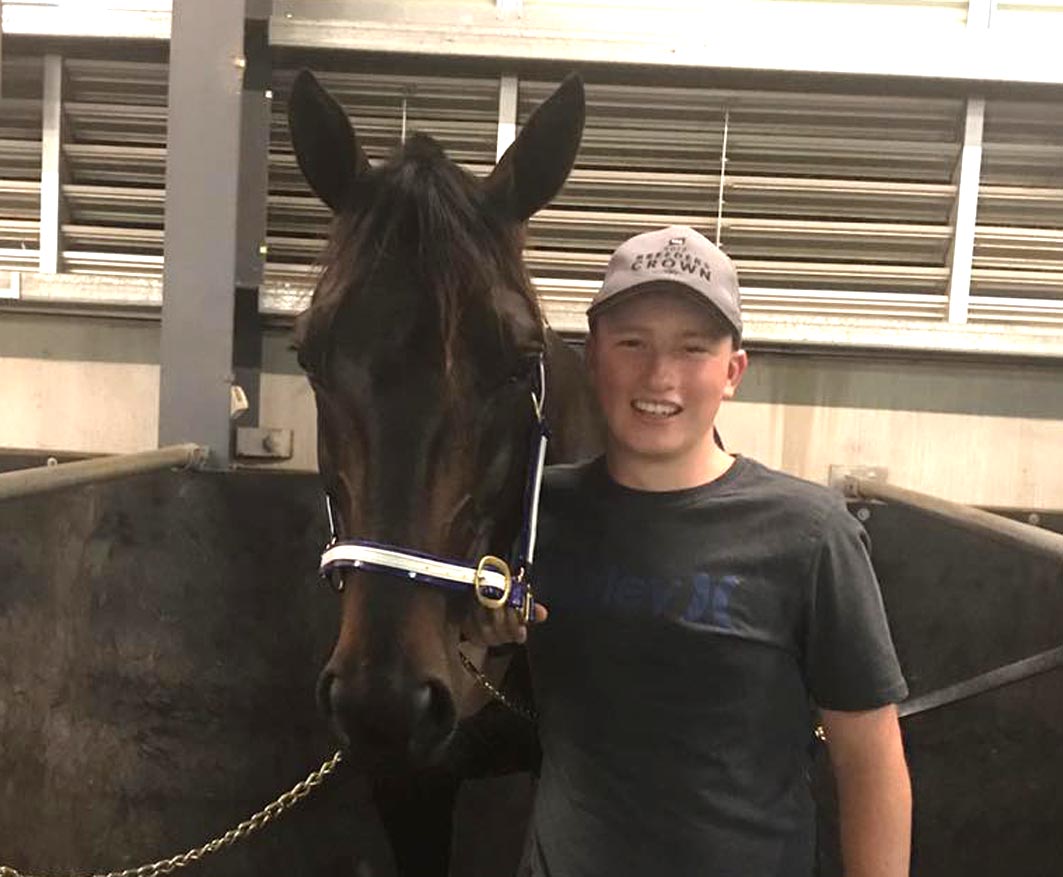 “I’VE watched it several times and I’m glad to say I still won on the replay!” That’s the jovial statement from concession reinsman Connor...

“I’VE watched it several times and I’m glad to say I still won on the replay!”

Driving in Ballarat last night, Clarke caused a minor upset with Struve, which is prepared by his employer Emma Stewart.

“I’m pretty rapt,” Clarke declared. “I still can’t believe it the next day.

“It was amazing last night and I’m still excited and thrilled this morning.

“It doesn’t seem real, but I’ve watched it several times and I’m glad to say I still won on the replay!”

Pushed through from his second row draw Struve gained the perfect one-one trip as Rock On Shadow led and the odds-on favourite, Pur Dan, worked in the ‘death seat’.

Angled three-wide along the back straight the son of Courage Under Fire sustained a strong sprint to score by three-and-a-half metres from Shark Luck, with Pur Dan battling on to be nine metres away third.

“His work was pretty good and Emma and Clayton (Tonkin) were confident he was ready to win,” Clarke said.

“We got the perfect run and when he hit the front I was excited and it felt like it took forever to get to the finish.”

A graduate of the pony trots, Clarke came to national attention in mid 2017 after being diagnosed with non-Hodgkins lymphoma, a condition which is rare in children.

“I have been given a clean bill for the last couple of years,” Clarke said. “I was having check-ups every three months and all have been fine so they are looking to push those out to every six months.”

FAVOURITES DOMINATE THREE DERBY HEATS
One down one to go
Young guys ready to fill the void
Update on National Ratings Based Handicapping Syst...
About author