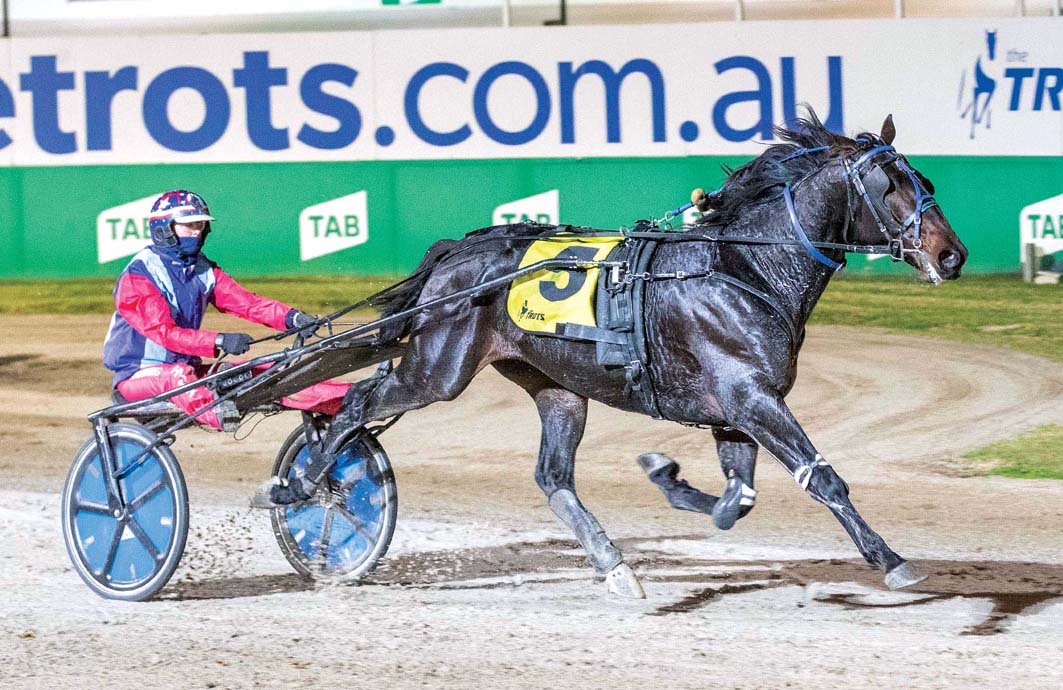 NATURALLY thrilled Plymouth Chubb has extended his winning streak, trainer Peter Manning also expressed a concern about the downside of the youngster’s success.

Completing an impressive victory in a Breeders’ Crown Final at Tabcorp Park Melton just moments ago, Plymouth Chubb has won his last 11 starts.

As such the son of Majestic Son has a National Rating of 86.

With next month’s Vicbred Super Series at his mercy, Plymouth Chubb has the potential to finish his freshman season with a free-for-aller’s national rating.

“It’s great to keep winning, especially in these big races, but where is he going to end up next season?” Manning said.

“The way he is going his opposition at his first run as a three-year-old will be Pink Galahs!

“It’s not a good system for a horse which can win ‘too many’ races early on.”

With Manning’s daughter Kerryn in the cart, Plymouth Chubb was given time to settle into his stride before being sent forward to test the leader, Courage Stride, from the ‘death seat’.

Forging his way to the front turning for home, Plymouth Chubb gave onlookers a fright with his wayward manners, but was never in danger of being beaten as he scored by 10-and-a-half metres from Courage Stride.

“About a 100 from home when he wanted to turn left I was ‘uh oh’ but he kept trotting and got to the line well,” Manning said. “He did it again just after the line…that’s him, he’s still a big baby.”

Mane too crisp in feature
Upset victories for Pac-men!
Totem continues climb to the top
East coast trip on the cards
About author