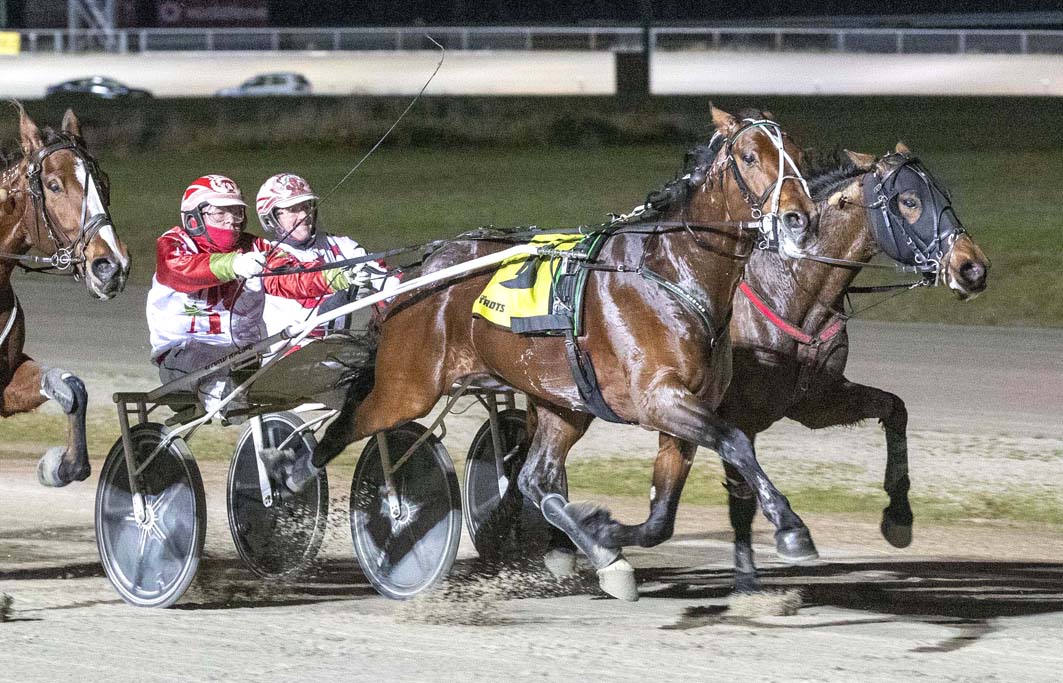 ALDEBARFAN ZEUS, on the outside, proved too good in the Breeders' Crown Final - Photo HRV

RISING star trotter Aldebaran Zeus has made amends for his defeat in last season’s Breeders’ Crown Final. A $2.20 favourite in the Group One,...

A $2.20 favourite in the Group One, Aldebaran Zeus failed to figure among the placings as Watts Up Majestic grabbed the glory.

Fast forward to tonight’s Tabcorp Park Melton meeting and Aldebaran Zeus has captured the three-year-old division of the futurity for trainer Brent Lilley.

Aldebaran Zeus’ success continues the fabulous season Lilley is having with his three-year-olds, which have also won the Victoria and New South Wales Trotters’ Derbys and Victoria Trotters’ Oaks.

Kyvalley Hotspur was triumphant in the Derbys, with Queen Elida winning the Oaks.

Queen Elida is engaged in the fillies’ Breeders’ Crown later on the card.

“We’ve had a pretty good year,” Lilley said. “It isn’t over yet, so hopefully we can keep the momentum going.”

Driven by Chris Alford, Aldebaran Zeus led from barrier three before being eased to take a trail behind Keayang Ninja.

Finishing stoutly along the sprint lane, the son of Muscle Hill regained the front in the last stride to score by a short half-head from Keayang Ninja.

“I didn’t know if he was going to get there in the end, but he got his head in front just at the right time,” Lilley said.

“My partner Tracey does a lot of work with him and will be pretty happy right now.

“I was wish I got as much attention from her as Zeus does!”

Industry shows its generous side
More than $2.25million on offer
Another big night on the cards
Aussie ‘globe trotter’ begins long jou...
About author