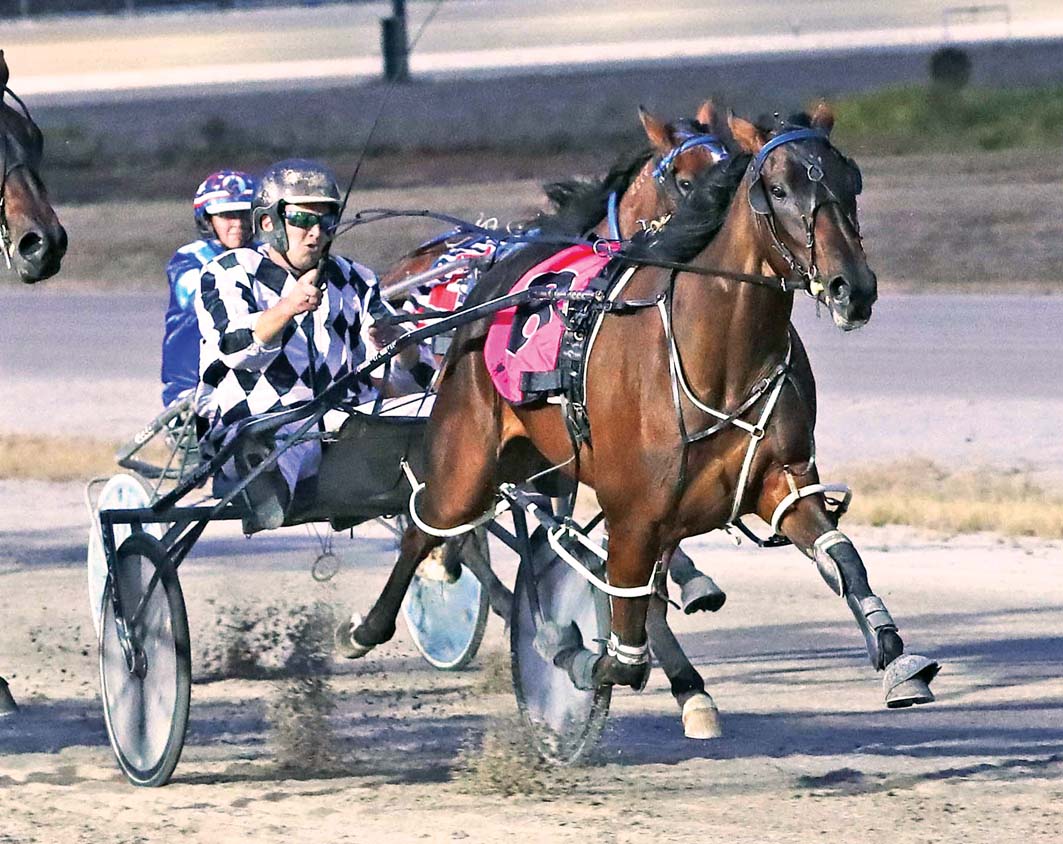 EMOTIONS were at a premium following Tangoingwithsierra’s success at Tabcorp Park Melton tonight.

Causing a minor upset in the Breeders’ Crown Graduate Cup, Tangoingwithsierra’s victory doubled as a tribute to her previous trainer Gary Hoban.

A highly-respected horseman, Hoban lost his brave battle with cancer in May.

Hoban prepared Tangoingwithsierra to 12 wins and 11 placings from 25 starts, including a last start success in Bendigo on May 7.

The daughter of Sportswriter was first-up for trainer Adam Kelly in the Group Three.

“I’ve known Gary since I was a kid,” Kelly said. “It’s a big honour for the family to entrust me with her…a mare Gary had such a high opinion of.

“It was a very sentimental win for his family as she won in Gary’s colours.”

Driven by Greg Sugars, Tangoingwithsierra enjoyed a perfect passage in the running line before scoring by three-and-a-half metres from Abouttime.

“She had a couple of smart trials and her work was solid so I expected her to go well, but whatever she did she was going to be better for it,” Kelly said.

“The inside of the back row was a tricky draw and it was a gem of a drive from Greg.

“She’s had a few niggles but hopefully is over all those and can fulfil the potential she has always shown.

“There are some nice mares’ races after Christmas, so all going well, that’s what we’ll be aiming at.”

Queen safely perched on her throne
From Group One to cleaning stables
Drought from the winners’ circle broken
Frenning’s bitter-sweet relationship with appeals...
About author