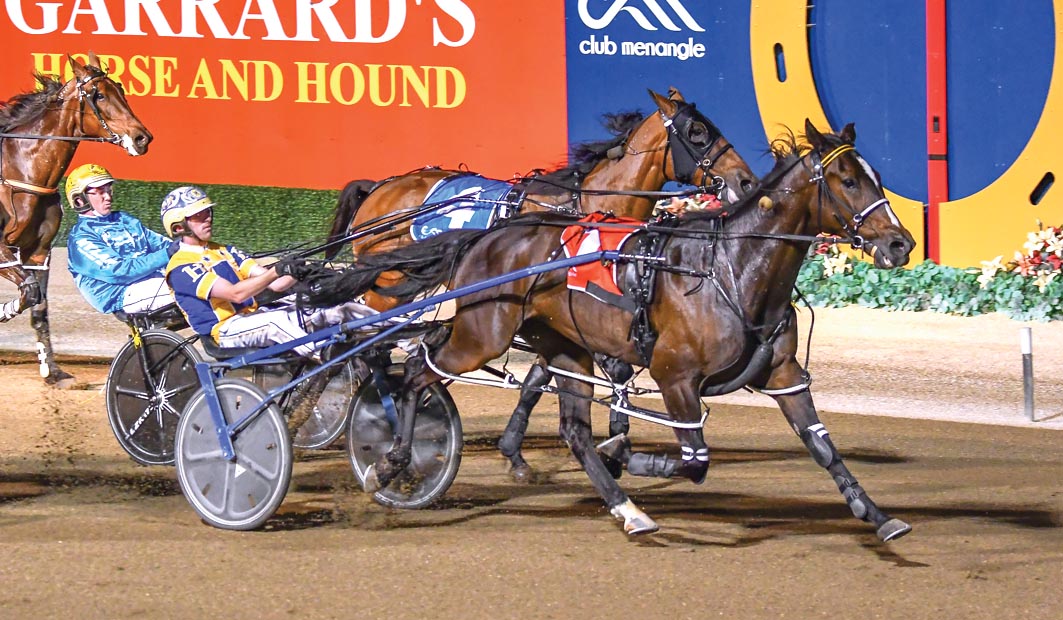 IF EVER there was a prime example of “you’ve got to be in it to win it” Bob Wheel is it. Having his third...

IF EVER there was a prime example of “you’ve got to be in it to win it” Bob Wheel is it.

Having his third start for local trainer Leon Jurd at Club Menangle tonight, Bob Wheel caused a major upset with his 1:51.2 win over a mile.

Notching his first victory since scoring in Western Australia’s Central Wheatbelt in July, Bob Wheel paid $101 on the Tote.

To highlight how friendless the gelding was in betting markets, the closest priced outsiders – Always Rockin and I Am Serengeti – started at $26!

“I had a few dollars on him with Fixed Odds but he was a little shorter at $86,” Jurd said. “I’m surprised he paid that much.

“I gave him some hope from the draw as I figured he would get a good run.”

With Cameron Hart in the sulky, Bob Wheel began well to lead from the pole before being eased to trail the favourite, One Hell Of A Ride, as the field settled in ‘Indian file’.

Angled away from the pegs at the top of the home straight, the son of Allamerican Ingot reclaimed the front closed to the line to score by a metre-and-a-half from One Hell Of A Ride.

“From the draw he was always going to get a really good run and that made the difference,” Jurd said.

“He’s only been racing at Gloucester Park in recent months, so coming from the half mile track to the big Menangle track was a little daunting for him at his first couple of runs I think.”

Co-owned by Jurd and Rex Horne, Bob Wheel is likely to return to Menangle next weekend.

“I haven’t got anything picked out for him,” Jurd said. “Probably race him at Menangle again next week.

“He’ll have to go up in grade, so he may be at those odds again.”