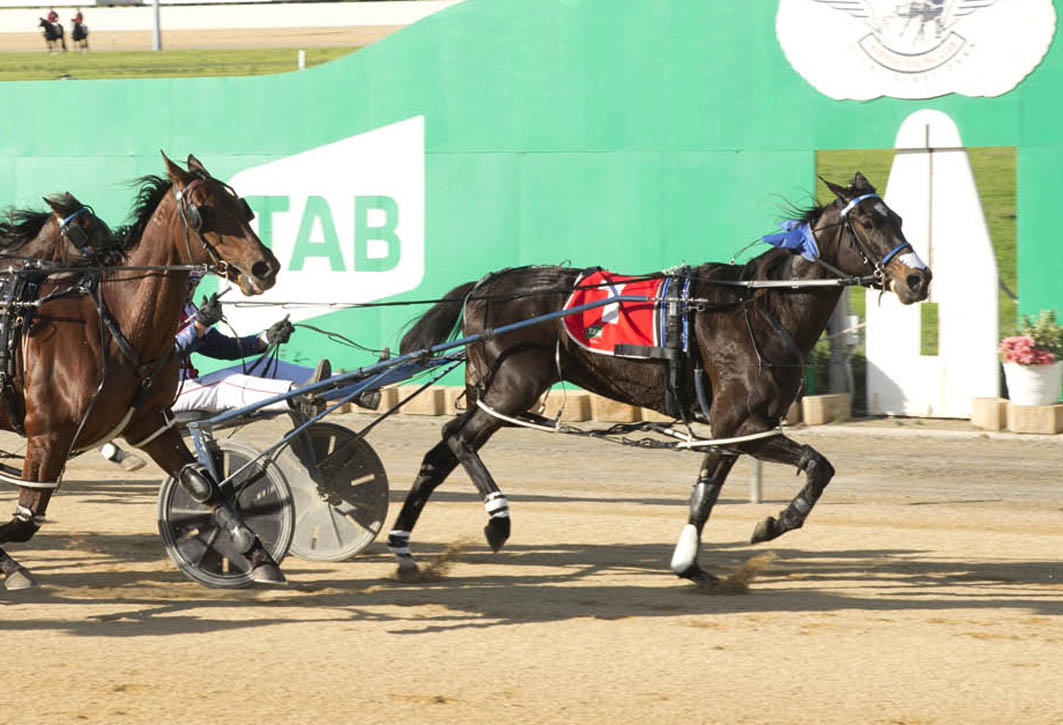 REIGNING champion Ona Highway Tohell is set to endure a difficult title defence from the outset. Engaged in the opening Southern Cross heat for...

REIGNING champion Ona Highway Tohell is set to endure a difficult title defence from the outset.

Engaged in the opening Southern Cross heat for three-year-old colts and geldings at Globe Derby on Saturday night, Ona Highway Tohell will clash with the two top challengers.

To make matters worse, the pair have also drawn better!

Winner of his last four starts, Sir Lucas will begin from barrier two, with Pebble Sands – which boasts three wins and a second from his last four outings –drawn the pole.

“I couldn’t be happier with the way he is going, but whether that is good enough I guess we’ll found out,” owner-trainer Matt Maguire said.

“Sir Lucas is in sensational form and is the one to beat in the series, while Pebble Sands is also bringing strong form into the heat.”

To be driven by Wayne Hill, the son of Betterthancheddar has drawn barrier four but slots into three with the removal of the emergency.

“He’s had two starts back and is just where I want him going into the heat,” Maguire said. “I would have preferred he drew better than the other two, but as long as he qualifies for the Final I will be happy.

“Then I’ll just have to hope for a good draw in that.”