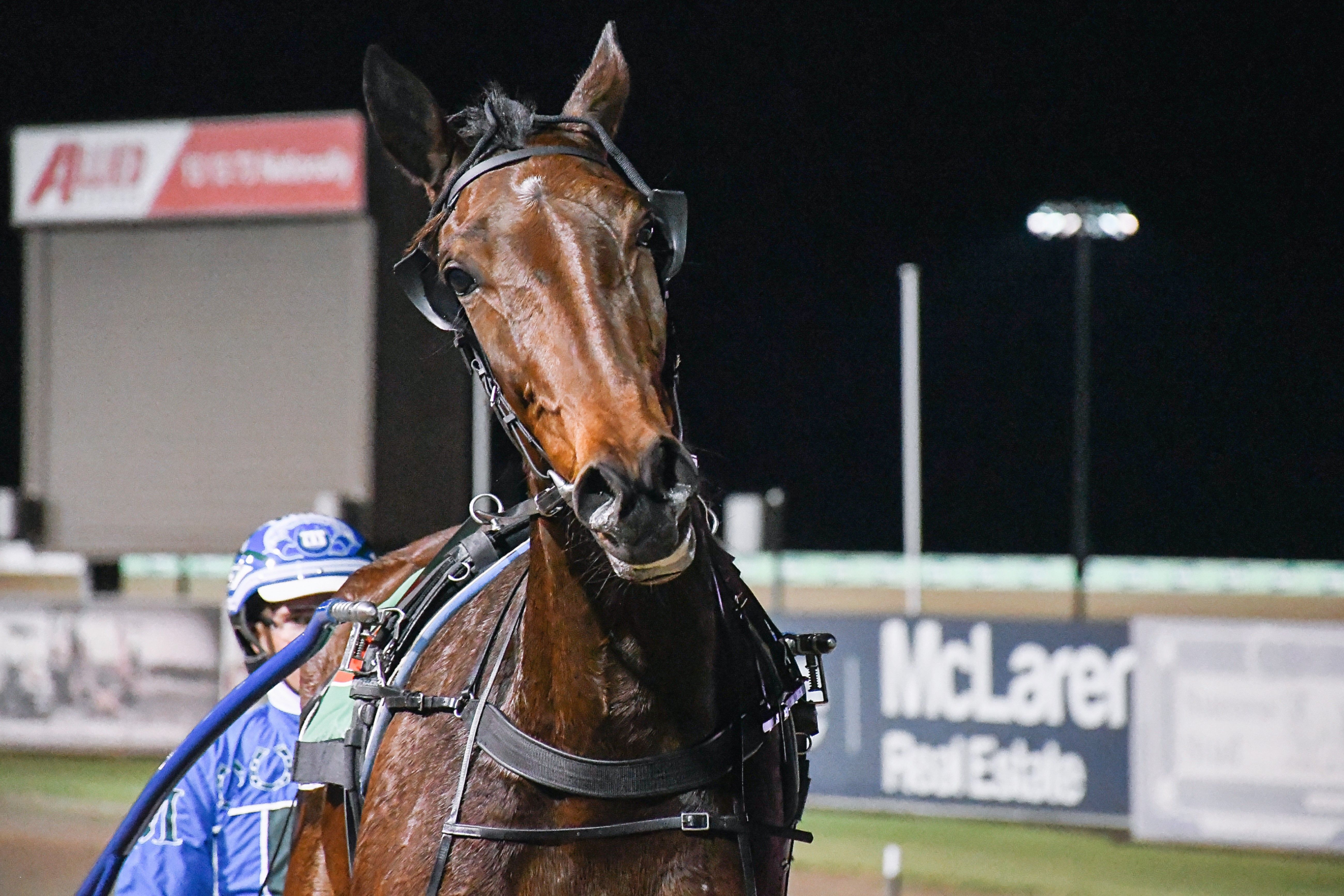 NO WIN NO FEED

RISING star mare No Win No Feed will be aimed at a happy homecoming next week. Owned and previously trained in Victoria, the daughter...

RISING star mare No Win No Feed will be aimed at a happy homecoming next week.

Owned and previously trained in Victoria, the daughter of A Rocknroll Dance is likely to be sent south by leading New South Wales trainer Craig Cross.

No Win No Feed was prepared by Jaime Madruga before being transferred to Cross last season, where she won three Group Ones to be named Australian Three-Year-Old Filly of the Year.

Speaking after the four-year-old’s success at Club Menangle tonight, Cross revealed No Win No Feed will be nominated for The Jane Ellen at Tabcorp Park Melton next Saturday night.

“There is a suitable race for her in Melton next week so she is likely to go down for that,” Cross said. “We’ve got a few going down for the meeting so she will go down with them.

“We’ll see how she gets through tonight first, but that’s the plan with her.

“Bettor Enforce, which also won tonight, will go down for the same race.”

Driven by Luke McCarthy, No Win No Feed was pushed forward to find the lead from barrier six as the early pacesetter, Escalera, was eased to take a trail.

Proving too slick along the home straight, No Win No Feed scored by a metre-and-a-half from Escalera, with Marty Major two metres away third.

No Win No Feed’s win was the final leg of a treble for Cross and McCarthy who were triumphant with Bettor Enforce and King Of Swing.

King Of Swing stopped the clock in 1:49.7 over 1609 metres as Cross prepared the first five runners across the finish.