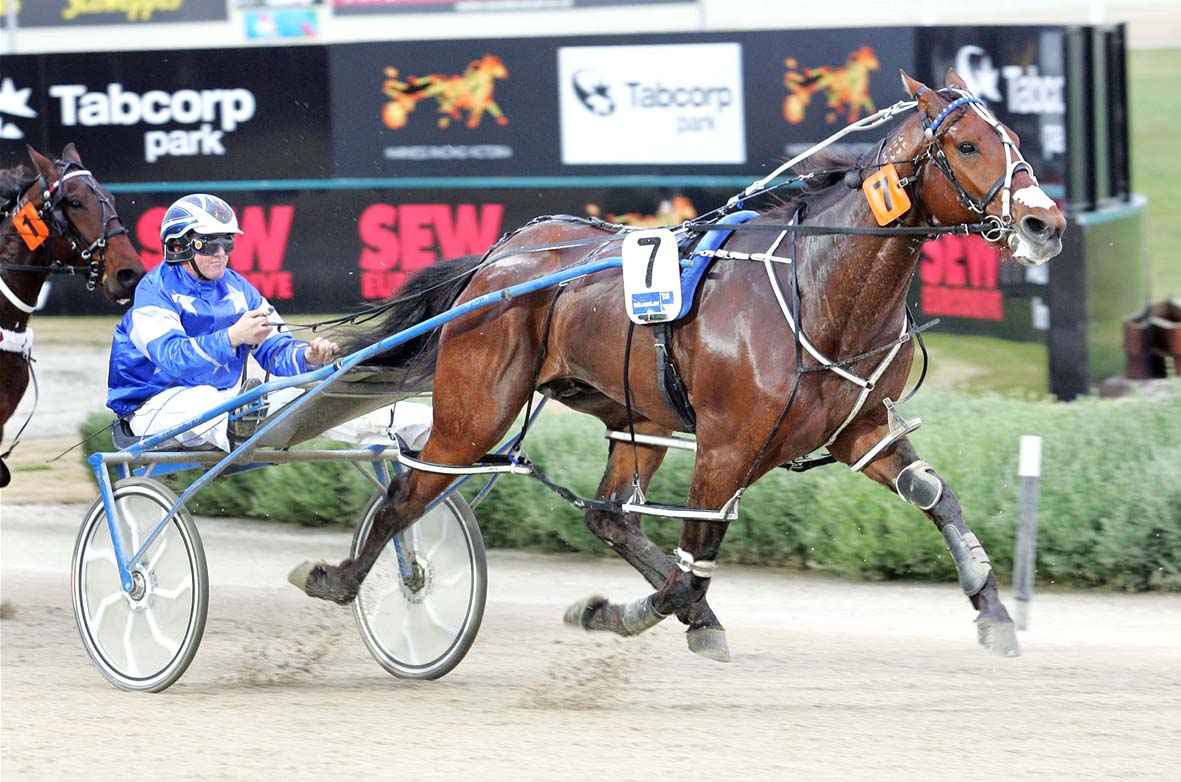 MILDURA horseman Luke Watson has managed to turn a negative into a positive. Set to qualify a two-year-old from his stable last March, Watson...

MILDURA horseman Luke Watson has managed to turn a negative into a positive.

Set to qualify a two-year-old from his stable last March, Watson missed the opportunity to trial the pacer due to the Corona virus shutdown.

Rather than persist with the youngster Watson elected to send the gelding back to a paddock to mature.

“He was ready to go in a qualifying trial on March 28 from memory and it got cancelled because of the Corona virus,” Watson said.

“I could have kept him in work and waited for another chance to trial him should one come up, but decided to give him a break to let him mature a little more.

“He wasn’t right in the head, and still isn’t ideal, but the extra time off has done him good.

“He’s the kind of two-year-old which benefits from the change in the racing season as he’s been given longer to be ready and can still race as a two-year-old at this time of the year.”

Making his debut at his local track last night, Soar gave his rivals windburn on his way to an impressive victory.

With Watson in the cart, Soar overcame a fractious score-up to begin quickly to find the lead from barrier three.

Bursting clear of the pack turning for home Soar was untouched to score by 12 metres from Orama, with Itzok To Rock 14-and-a-half metres away third in 2:01.2 over 1790 metres.

“I’m pretty happy with his run,” Watson said. “He did it easily enough but was still quite green.

“He got down on one rein for a while but was pretty good overall.”

By Fly Like An Eagle, which stands for Allwood Stud, Soar comes from the same family as star local pacer Murranji Track which caused an upset in the open class event latter on the card.

A model of consistency, Murranji Track registered his fourth win from 33 starts for the season, having also been among the placings on 21 occasions.

Talented filly on target for home state Oaks
Faultless drive sets up ‘bonus’ win
Ison’s Menangle double is a night to remember
Mike Ko’cass with all the Tuesday winners at...
About author