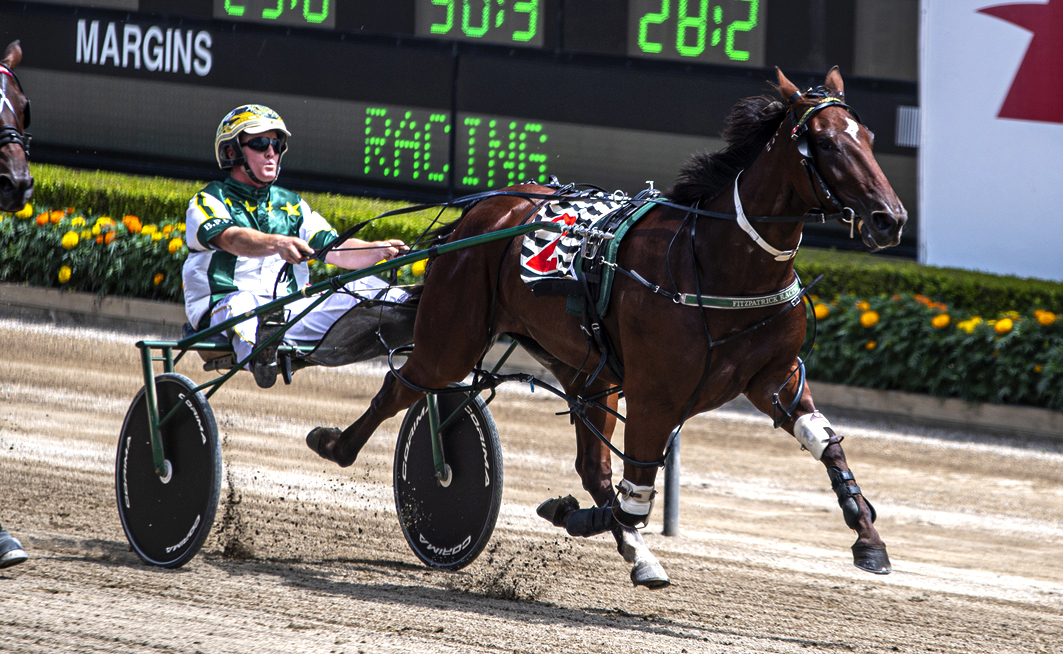 LIFE is about to get harder for Breivika once again. Capturing a New South Wales Breeders’ Challenge heat at her third run from a...

LIFE is about to get harder for Breivika once again.

Capturing a New South Wales Breeders’ Challenge heat at her third run from a spell last night, Breivika has qualified for the semi-finals at Club Menangle in a fortnight.

Contesting the second round of the futurity represents a “reasonable step up” for the daughter of Somebeachsomewhere according to trainer Blake Fitzpatrick.

Not that Breivika hasn’t proven herself among the best of her crop having finished second in the Group Two Pink Bonnet and progressing to the Bathurst Gold Tiara Final during her previous campaign.

“I’m happy with her win in the heat but it is going to get a lot harder now,” Fitzpatrick said. “There are some very nice fillies around so the semis will be a reasonable step up in class for her.

“She has raced against some of the better ones from the get go so hopefully she can prove competitive again.”

Driven by Fitzpatrick during her Newcastle victory, Breivika showed plenty of early speed to lead from barrier two as Speed Of Sound settled on her outside.

Fending off the challenge leaving the back straight, the two-year-old was untouched to account for Our Bella Lucia and Three Smoochas.

Covering the mile in 2:00.4, Breivika took her record to two wins and three seconds from seven starts.

“I will give her a couple of easy days now before tuning her up for the semis,” Fitzpatrick said. “She won’t have another start between now and then and will just tick along at home.”