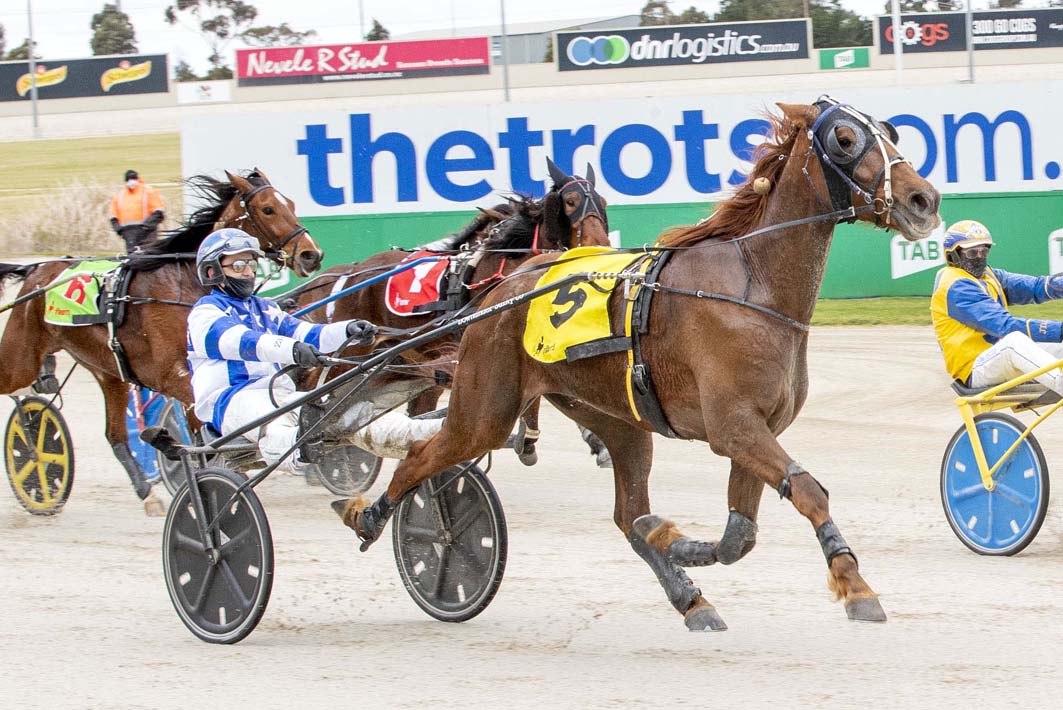 Scootin wasn’t playing around this time

TO HIS connections’ delight Scootin Around didn’t ‘find a way to get beaten’ at Tabcorp Park Melton tonight. Having his 13th start the trotter...

TO HIS connections’ delight Scootin Around didn’t ‘find a way to get beaten’ at Tabcorp Park Melton tonight.

Having his 13th start the trotter broke his maiden status for trainer Dylan Stratford.

“I was as confident as you can be with a horse like him today,” Stratford said. “I’ve been confident before and he always managed to find a way to get beaten.

“I think he’s got ability but his mind is not quite there yet…hopefully the mind will catch up with the body as he gets older.”

With Zac Phillips holding the reins, Scootin Around was settled in the perfect one-one trail from barrier five as Daring Angel led from the pole and Goober worked in the ‘death seat’.

Angled three-wide around the final bend, the son of Bacardi Lindy sprinted to the front before staving off a late charge from Abitofadreamer to score by a head.

Goober battled on bravely to be eight-and-a-half metres away third.

“I was worried up the straight as the one on the inside starting coming,” Stratford said. “I didn’t think the post could come soon enough

“I’m rapt to finally get a win with him and hopefully he can do it again next time around which will most likely be in Cranbourne on October 4.”

Rating 2:04.4 over 2240 metres, Scootin Around was the opening leg of a quartet for Phillips, who was triumphant with Gatesys Alley, Dansbro and Sassyola.

Trained by Diane Giles, Sassyola is from an unraced sister to former top pacer Sokyola, which was prepared by Giles’ partner, Lance Justice.

“Today was one of those days where I felt I had a reasonably good book of drives and it would turn out to be a good day or one of hard luck stories,” Phillips said.

Nitro drawn to blast away in APG Final
SA heading back to the future
VALE: Peter Sullivan
He is a pure excitement machine….
About author