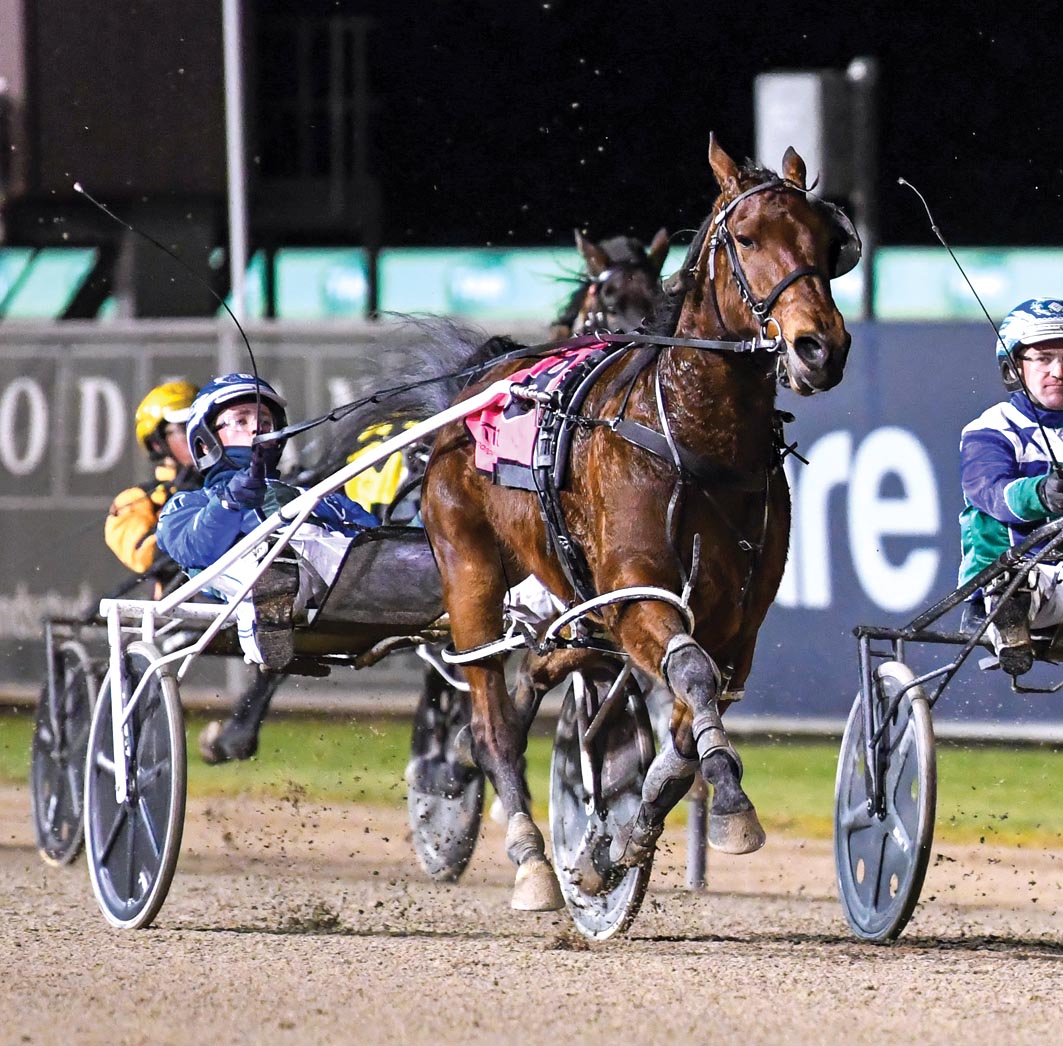 TOUTED as being among Australia’s most exciting pacers earlier this year, Balraj was expected to play a strong role in several majors, including the...

TOUTED as being among Australia’s most exciting pacers earlier this year, Balraj was expected to play a strong role in several majors, including the Chariots Of Fire at Club Menangle last February.

Winner of his last two New Zealand starts before crossing the Tasman, Balraj won his next eight outings in New South Wales by an average of 22 metres.

The son of Art Major also registered some blistering times including a 1:49.1 win around Menangle in what was only his ninth start!

To connections’ dismay, however, Balraj’s form quickly dropped off, which saw him miss the Chariots Of Fire before being sent for a spell.

Transferred to leading trainer Craig Cross during the interim, the four-year-old showed a glimpse of his best with a triumphant return at Menangle last night.

“He had a nice long break before he came here and started working up,” Cross said. “The time off certainly did him justice and you could feel straight away he was a nice horse.

“He had been working up well and I knew he was ready to run a good race.

“He’d had a couple of private trials with stablemates such as King Of Swing, so he was pretty forward.”

Driven by ace young reinsman Todd McCarthy, Balraj began quickly to find the lead from barrier eight before being eased to take a trail behind his stablemate and favourite Alta Orlando.

Angled away from the pegs at the top of the home straight, Balraj reclaimed the front in the shadows of the post to score by a metre-and-a-half from Alta Orlando.

“It was a pretty nice run from him first-up for nearly six months,” Cross said. “The run will do him good and he will be better again next time around, which will be in a fortnight.

“He is a Group One horse and I’d like to be taking him to somewhere like Melbourne for something like the Victoria Cup when the borders open up again.”

Cross was also victorious with Pocket Of Terror, First String, Zahven Banner and Shortys Mate to register his fourth quintet.

“It was another terrific night for the stable and more specifically for our owners,” Cross said.