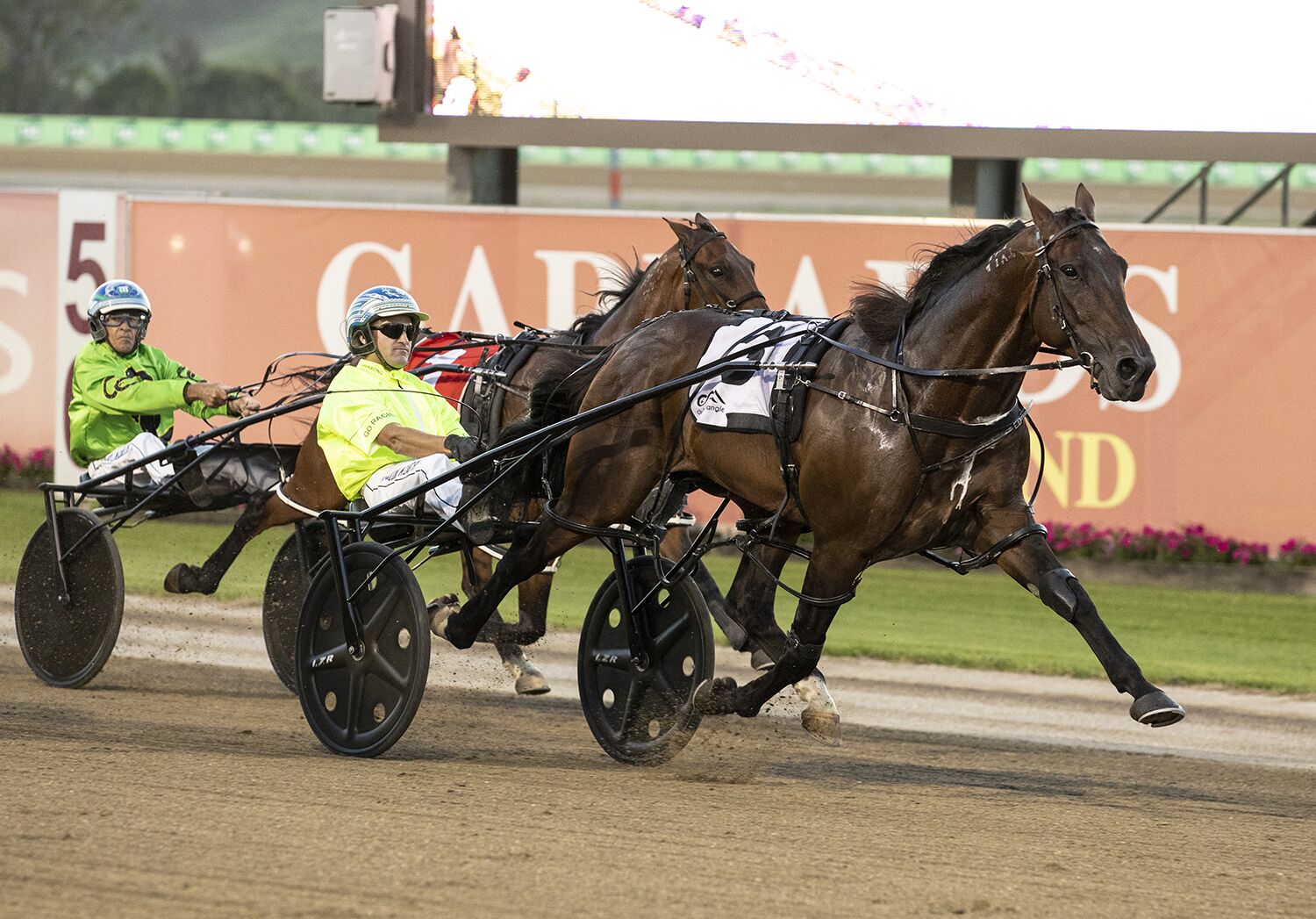 WHILE a highly-anticipated clash between two of Victoria’s star pacers could be on the cards next weekend, a meeting between a pair New South...

WHILE a highly-anticipated clash between two of Victoria’s star pacers could be on the cards next weekend, a meeting between a pair New South Wales’ top speedsters is still a while away.

In fact, it may not happen until next year!

South of the Murray River the prospect of Lochinvar Art and Ride High matching strides has enthusiasts on their toes, with the probability of the pair going head-to-head growing ever so likely given both camps have their sights on the open class event in Ballarat next Saturday night.

As for the duo north of the border, trainer Craig Cross has stated Cash N Flow and King Of Swing will be kept separate for as long as possible.

Dominating the free-for-alls in recent months, Cash N Flow has won his last 10 starts, including a 1:49 triumph at Club Menangle last weekend.

Sent for a spell following his Miracle Mile victory last February, King Of Swing scored first-up in 1:49.8 three weeks ago.

Returning to Club Menangle tonight, the son of Rocknroll Hanover covered the 1609-metre sprint in 1:48.8.

Driven by Luke McCarthy, King Of Swing worked to the front from barrier 10 to lead home a stable trifecta as Alta Orlando and Zennart filled the placings,

“He was sensational tonight,” Cross said. “The conditions are shocking up here…it’s cold, windy and just plain terrible and he’s run a time like that.

“After a few more runs under his belt to tighten him up and some better weather imagine what he can do.

“He will go around again in three weeks, while Cash N Flow will race again in a fortnight.

“They will stay separated as long as possible and may not even meet until the Miracle Mile next year.”

King Of Swing’s success was the final leg of a treble for Cross and McCarthy who also combined to win with Cullenburn and Bettor Enforce.

Blake up for a busy night at Newcastle
Mike Ko’cass finds all the winners at Tabcor...
Apprentice becomes the master!
That one’s for you mate…
About author