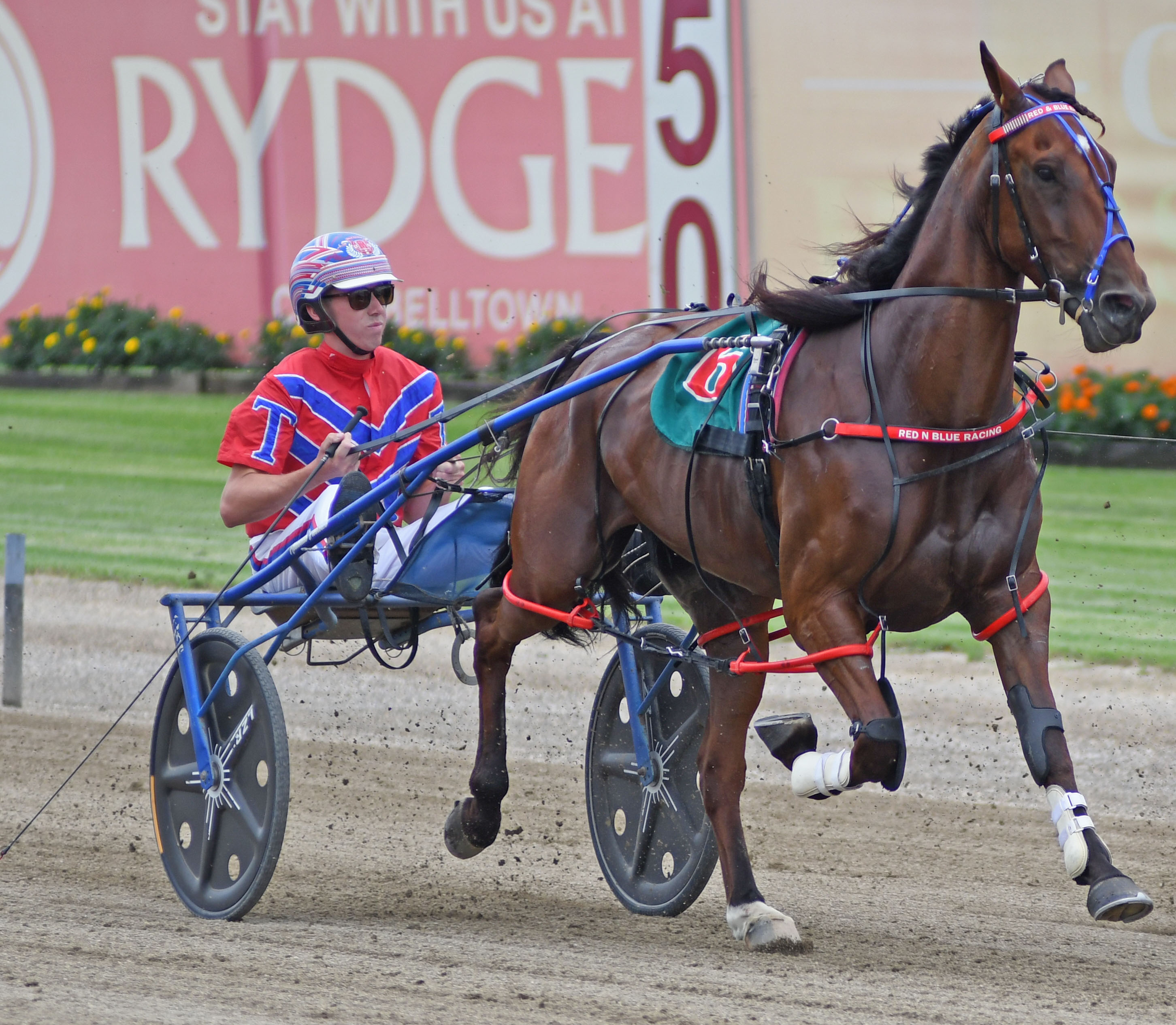 Stable foreman stepping up to the mark

bathurst37 Mitch Turnbull1
BEING one of the youngest in a dynasty of harness racing royalty must be very challenging. Yet the charismatic Mitch Turnbull seems to take...

BEING one of the youngest in a dynasty of harness racing royalty must be very challenging.

Yet the charismatic Mitch Turnbull seems to take it all in his stride.

At a very young age his father Steve branched away from his famous dad, A. D. (Tony) Turnbull to go it alone . . . and he has never looked back.

Steve continually turned up with a handy pacer each season but as his success grew, so did his horse numbers and it was only a matter of time that the champion horseman would emulate the deeds of his father, whose association with the champion Hondo Grattan became folklore.

Smooth Satin provided Steve with wins in the 2001 Miracle Mile and 2002 Inter Dominion, a feat that was achieved by Hondo Grattan in 1973 and 1974.

For a few seasons now, Mitch has been foreman at his parents’ Radiant Lodge and his hard work is being rewarded with an increasing number of opportunities to drive winners.

Last Sunday at Dubbo, young Turnbull showed that gaining experience goes a long way towards success when he landed a winning double and added four minor placings to his tally from his six drives.

Southern Millions and Firestorm Red were both well driven by Mitch to win their respective races while Remember Bubbles was beaten by the barest margin.

Turnbull looks forward to tonight’s Bathurst meeting where he has four drives for his father Steve, including the short-priced Saint Emilion is the TAB Odds & Evens Pace.

“Dad is struggling with a back injury at present, so I have been given some nice drives tonight,” said Mitch.

“Saint Emilion is a very nice horse but has drawn off the back row.

“He is first-up from a spell but if he gets a good run through them, he should be hard to beat.”

“She has had to race in better company or from awkward draws so I think the conditions of tonight’s race will suit her,” he said.

“I will be putting her into the race early as she likes to tough it out.”

Warrawee Drinking (Race 5) is another handy drive for Mitch and is resuming from a spell.
When last in work, the gelding raced consistently, recording a win and four second placings.